Dwayne “The Rock” Johnson is right at the top – having earned a serious $89.4 million. The “Fast & Furious” actor took the top spot on the list of the highest-paid actor in the world by Forbes magazine.

Chris Hemsworth came in 2nd place on the list with $76.4 million, followed by Robert Downey Jr. and Bollywood’s top-earning star Akshay Kumar just behind on $66 million and $65 million respectively.

The top five was completed by Jackie Chan, as he raked in a total income of $58 million over the past year.

In related news, Scarlett Johansson and Sofia Vergara lead this year’s list of highest-paid actresses in the World. It’s noteworthy that Johnson’s co-star in the Jumanji franchise, Kevin Hart, was named the highest-paid comedian of the year just last week. He brought in $59 million over that exact same time period. 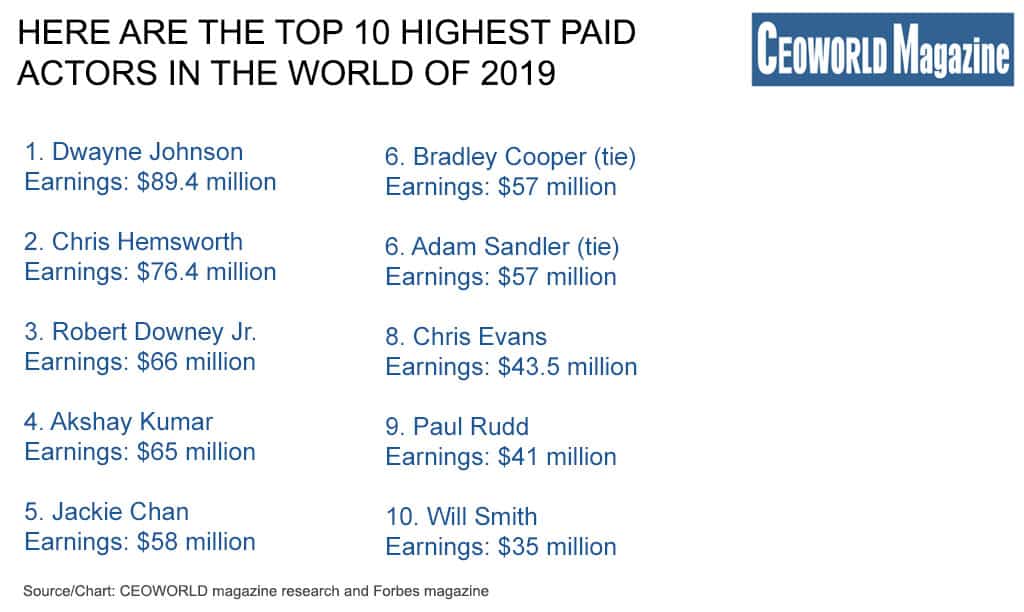 tweet
share on Facebookshare on Twittershare on Pinterestshare on LinkedInshare on Redditshare on VKontakteshare on Email
Emma LondonAugust 28, 2019