With approximately $185 million in pretax earnings over the past year, the 29-year-old Taylor Swift has been named the highest-paid female singer in the world for 2019, according to Forbes. Of course, this should come as no surprise to her fans.

Amazingly, Rihanna (who has not released an album since 2016), came in 3rd on the list with a reported $62 million in earnings. Katy Perry came in4th place with estimated earnings of $57.5 million.

These top 10 ladies are living proof of being able to make it in the big, bad world of music. In fact, between the period of June 2018 and June 2019, these ladies with their killer vocals have collectively made pre-tax earnings of over $645 million. 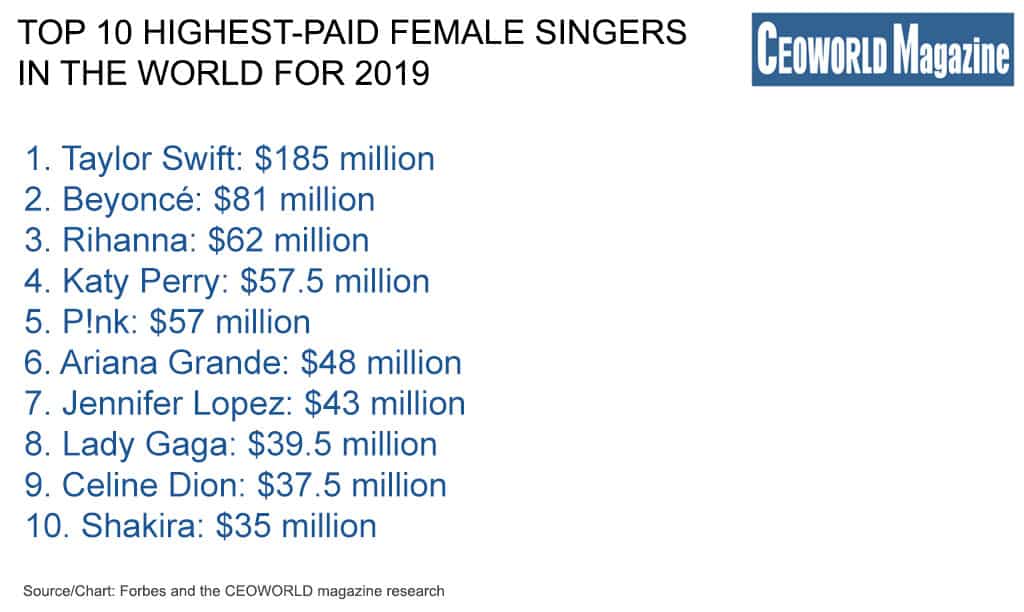 These Are The Top Engineering Colleges In Germany For 2019.
These are the scariest train routes in the world.
5 habits of highly successful people.
The missing ingredients HR pros need for a great presentation by Shane Michael Hatton.
6 things to consider when building a property portfolio by Andrew Crossley.

tweet
share on Facebookshare on Twittershare on Pinterestshare on LinkedInshare on Redditshare on VKontakteshare on Email
Sophie IrelandAugust 27, 2019