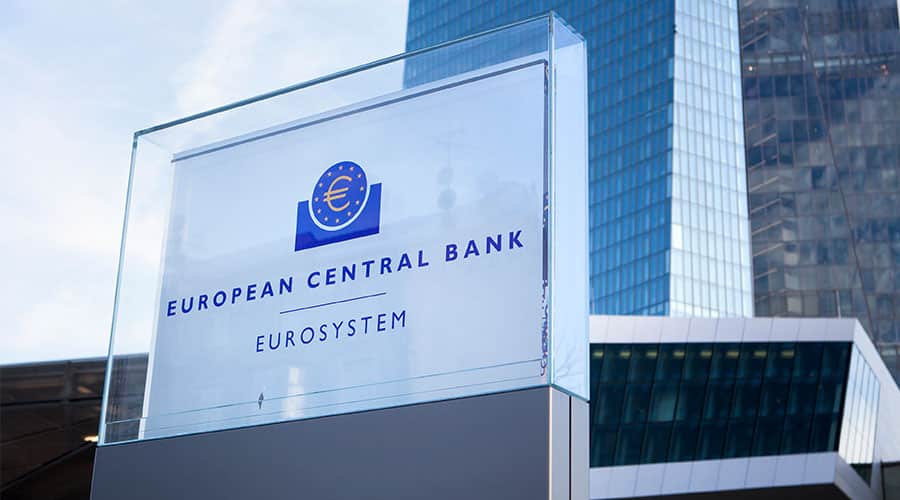 The first graphic speaks its clear language where one can observe that Europe’s two largest economies; Germany and the United Kingdom, shine with a negative GDP growth in the second quarter of -0.1 pct. and -0.2 pct., respectively.

The fact that the result in UK became that negative surprised some economists, but I think many intuitively do not take that development as big news, given the years-long self-created political turmoil. However, it should be mentioned that the annual GDP growth rate in Germany is +0.4 pct. and the British growth is still up +1.2 pct. for the year. It means that not everything in the economies are in a black hole yet. In particular, the UK still has macroeconomic manoeuvre room, which at least brings some hope.

Italy is already a long-standing member of the European recession club, and even the country’s annual growth rate has now also hit zero. It’s not insignificant countries that are hit by the economic headache, as these three countries account for approximately half of Europe’s total GDP (excluding Russia).

Not only is half of Europe’s total economy now in a kind of recession-like state, but I argue that even with a quarterly GDP growth of 0.1 to 0.2 pct., an economy is in a partial recession.

Economic growth is not evenly distributed like the average the statistics express. At such low growth rates, a part of the households and businesses will experience economic standstill, or even a downturn, and therefore experience their own economic recession.

Among those who, on the other hand, are keeping up the average numbers, only few will experience an exuberant income increase that translates into additional consumption or more investments.

To paint an even bleaker picture and make the development even worse, it must be remembered that the inflation is falling steadily, almost every single month. This means that the nominal GDP growth is dropping like a stone- it’s the growth before inflation is subtracted, whereas the GDP growth shown in the statistics is real growth, after adjusting to inflation.

In the second example, one can simply work towards lowering the inflation to 1.5 pct., thus, the GDP growth rises to one pct. Most likely, the solution in version two is not sustainable in the long run, but version two illustrates a situation with a different comfort and manoeuvrability.

The European economies, especially on the European continent, are moving fast towards the worst version of the two examples, namely low real growth based on the combination of low nominal growth and low inflation.

It is nothing less than a macroeconomic freezer of the very cold type, which one could name “the Japanese freezer”. To the question on how long it will take before Europe gets off the ice again, I can only say that I do not know, but Japan’s economy is still in the freezer after 25 years.

Macroeconomics and economic indicators are far from the only factors that have bearing on the pricing of equities, but these prospects will affect the European stock market, as well as the euro and the bond markets.

Of course, I see no reason to change my long-standing view about investment allocations to Europe. As usual, I argue to underweight the allocation to Europe and overweight Asia and the United States, in particular towards Asia.

But European politicians cannot do this in their professional everyday lives like investors can. Thus, several European governments face a huge challenge when the holidays end in a few weeks.

We all read the same economic statistics, and the economic advisers to various governments also know that European countries are heading towards the severe version two of economic recessions, which forces more significant action.

The new Prime Minister in UK, Boris Johnson, belongs to the pragmatic fraction of politicians. He already has an expansionary fiscal policy plan as he too knows that the British economy is under pressure due to the political chaos. If he maintains his position as Prime Minister, I am convinced that the British government will open up the public spending in a pretty large scale.

Looking around in the world, China’s President Xi will probably now have to solve the Hong Kong problem himself, which investors will applaud to, if it succeeds.

But the trade war with the United States burdens the economy.

Graphic two is just an example, where China’s industrial production is steadily declining, and even more than expected. In my view, more fiscal stimulation is the answer to the challenge, which could be another round of tax cuts.

The president of the other global superpower, the United States, needs to escape from the trade war towards the end of this year, or at least, this remains as my most likely scenario.

In addition, 2020 is the election year in the United States. Like in all other countries, there is a tradition that the incumbent government opens up for public spending in the hope of being re-elected.

At the political top level in Europe, primarily in the EU, some could make the cool calculation that all these potential fiscal initiatives are enough to bring growth back to Europe.

I do not believe that European governments would dare to make that bet, and it wouldn’t be wise either. Therefore, the discussion about public fiscal aid packages emerges as early as September, when the governments return to the ice-cold macroeconomic reality.

My primary scenario is that even the German government will agree with itself on economic fiscal action.

If I think it will lead to a healthier global economic growth, the answer would be no, but it is my belief that investors will reward economic growth packages with cheers on the stock exchanges. 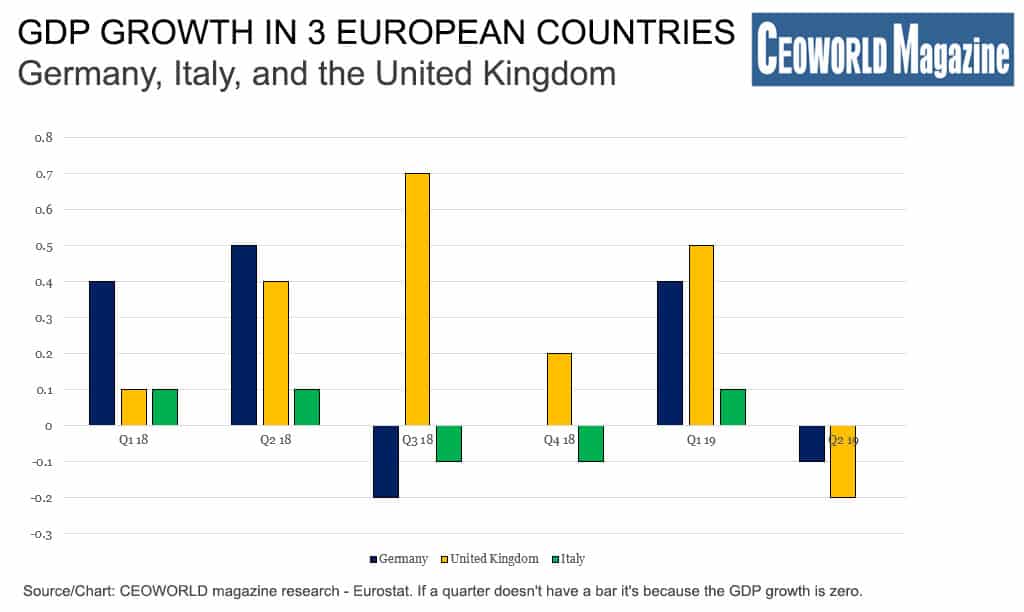 GDP growth in the United Kingdom 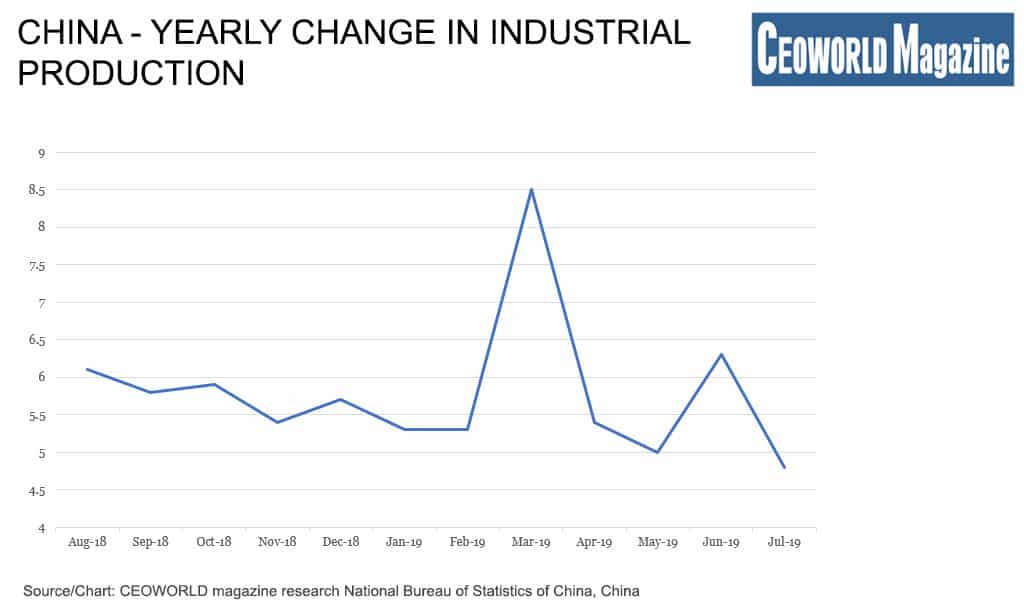 tweet
share on Facebookshare on Twittershare on Pinterestshare on LinkedInshare on Redditshare on VKontakteshare on Email
Peter LundgreenAugust 19, 2019