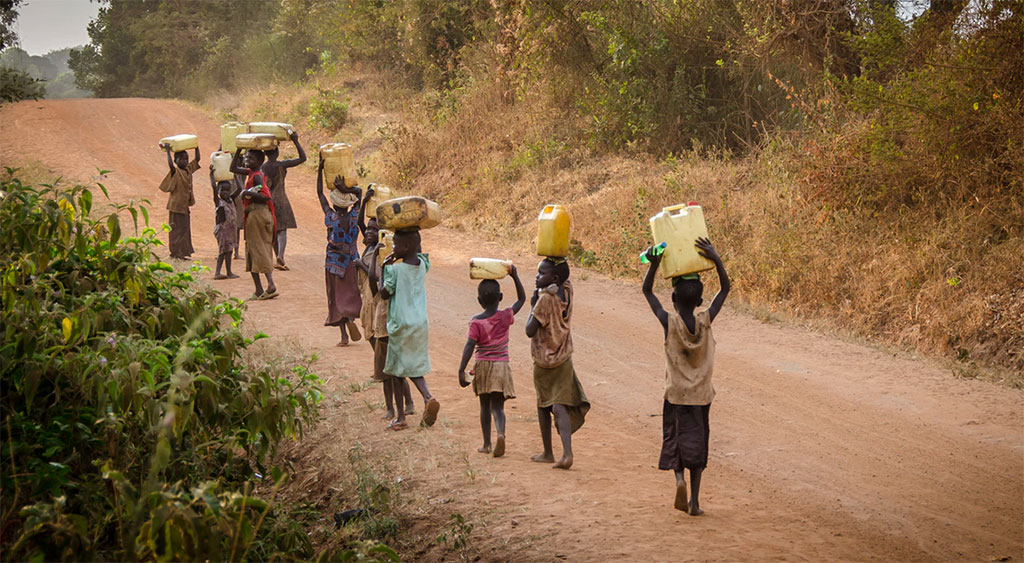 Worryingly, as of 2019, seventeen countries in total are facing “Extremely High” water stress, according to a new report by the World Resources Institute (WRI) that ranks countries and regions on their exposure to water stress, flood, and drought risk.

These seventeen nations are home to nearly one-quarter of the world’s population (around 1.7 billion people), with India housing the lion’s share (approximately 1.37 billion). Like the International Solar Alliance, a coalition to harness solar energy, India should lead the effort to create an alliance between these 17 countries to solve the global water crisis. India’s population of 1.3 billion is particularly vulnerable to water shortages.

Meanwhile, Twelve out of the top seventeen most water-stressed countries listed were located in the Middle East and North Africa (MENA) region. This region could experience the biggest economic losses from climate-related water scarcity, between 6 percent and 14 percent of GDP by 2050. The report also noted that more than 1 billion people currently live in water-scarce regions, and as many as 3.5 billion could experience water scarcity by 2025.

The 17 most water-stressed countries in the world for 2019 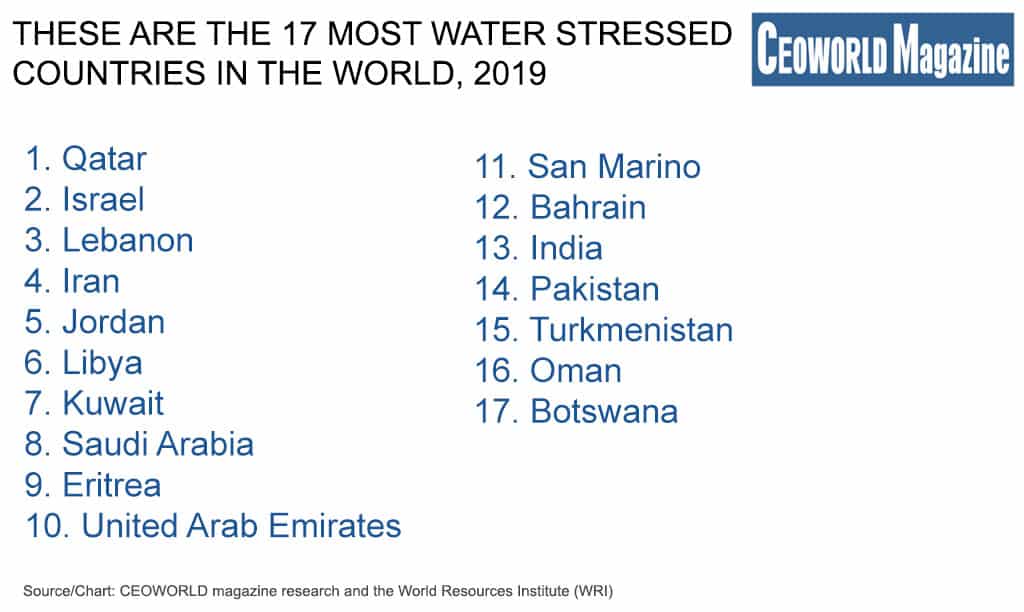 tweet
share on Facebookshare on Twittershare on Pinterestshare on LinkedInshare on Redditshare on VKontakteshare on Email
Mindy WrightAugust 8, 2019