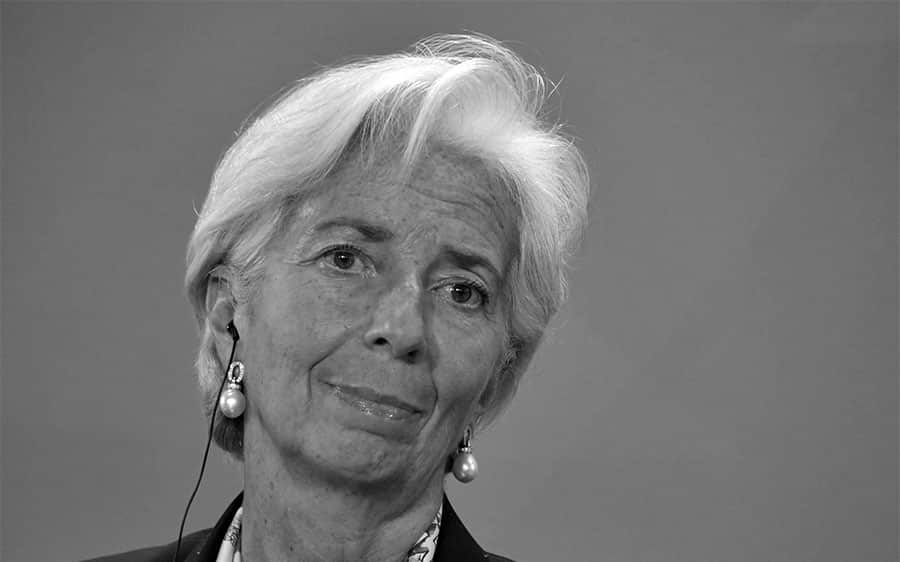 Christine Lagarde looks increasingly likely to take over the role of European Central Bank president – and, I reckon the IMF chief will be a good choice for financial markets.

Ms Lagarde has been nominated and is set to succeed Mario Draghi in the post when his eight-year term at the helm of the ECB comes to an end in October.

On Tuesday the heads of EU member states confirmed their preferred candidates for the series of top jobs, including the ECB, thereby establishing the possible future direction of the EU for the upcoming five years.

Ms Lagarde will take up the role as a self-proclaimed economic outsider, who opted to underscore her ability as a listener and stringent negotiator during the seven years as International Monetary Fund managing director.

As such, to my mind Ms Lagarde’s nomination as is surprising as it is polemic.

It is surprising because she initially seemed to discard herself from the running.

The IMF chief would be one of only a few women to head up a major central bank. Her proponents say she would bring shrewd political abilities and a degree of star quality to the ECB.

In 2018 Lagarde was ranked third on Forbes’ list of the world’s most powerful women, behind German Chancellor Angela Merkel, and British Prime Minister, Theresa May.

That said, Ms Lagarde is not an economist. She is a political figure with no direct central banking experience. A lawyer by profession, she is well-recognised in finance circles and regularly speaks out on global economic affairs.

Furthermore, her nomination is also controversial due to her ‘baggage’. Whilst at the forefront of the IMF, a report stated the IMF’s conduct “raised issues of accountability and transparency.”

In addition, Ms Lagarde was also found guilty over her management of a case during her time as the French finance minister.

However, despite a large helping of cynicism, I believe Ms Lagarde’s appointment would be welcomed by financial markets.

This is predominantly because she is a known quantity. She is widely perceived as safe and highly proficient. Above all she embodies certainty. All these qualities benefit markets.

Ms Lagarde is a target for criticism because her responsibility is to attempt to integrate a series of fiscal policies with a single monetary one, and as I previously mentioned, she is not an economist, more of a political figure.

Nevertheless, with many of the most crucial economic issues in Europe arising from politics, her political savoir-faire could be a significant advantage.

Indeed, the succeeding president of the European Central Bank will be faced with some serious challenges. Weaker global economic growth being a standout concern, which Ms Lagarde herself cautioned about at last weekend’s G20 summit in Osaka: “The global economy has hit a rough patch: investment has weakened and trade has slowed significantly, with export and import growth rates at their lowest level since the great financial crisis.”

Should conditions deteriorate, critical action may be required by the ECB.

It can be reasonably assumed that Lagarde will lean towards Mario Draghi’s stance favouring aggressive and innovative monetary policy.

Last month Draghi stated he would be willing to boost monetary stimulus if there was no improvement to economic conditions in Europe, involving an anticipated reduction in interest rates and a quantitative easing programme of around €30 billion a month of purchases.

Therefore, Ms Lagarde is likely to follow suit and insist on quantitative easing should inflation remain slow-moving. She would be likely to adopt a dovish tone on monetary policy, whilst urging fiscal authorities to assume a more active stance on promoting eurozone growth.

Markets will favour this, particularly with decelerating economic growth.

Looking ahead, Lagarde could, plausibly, take on her new role at a time when a potential no-deal Brexit makes its impact, and as the ongoing threat of trade wars loom.

As such, she will need to forge a strong working relationship with European finance ministers, acknowledging that monetary policy is part of a broader economic policy, but in order to be effective and efficient as a central bank, being independent is vital.

Indeed, Lagarde’s diplomatic attributes are well-known at the IMF, and will prove fundamental in her succeeding in the role of president of the ECB, considered one of the three most systemically important central banks in the world, at a time when expectations of central bank influence are at a record high.

With high praise from European Council President, Donald Tusk, who stated Lagarde’s “international background and standing as current managing director of the International Monetary Fund” make her the “perfect” candidate to run the ECB, the so-called rock star of international finance appears ready for the challenge.

Written by Nigel Green, founder and CEO of deVere Group.

tweet
share on Facebookshare on Twittershare on Pinterestshare on LinkedInshare on Redditshare on VKontakteshare on Email
Nigel GreenJuly 4, 2019

Nigel Green, founder and CEO of deVere Group, an independent international financial consultancy providing advice to expatriate clients and investors around the globe. Nigel is an opinion columnist for the CEOWORLD magazine.
view all posts