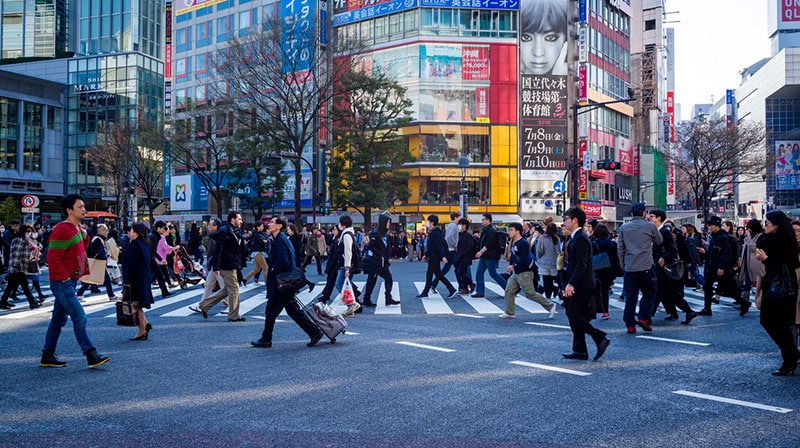 Japan remains the country with the best reputation in the world, according to new research, but the global perception of the United States, Australia, and the United Kingdom have faltered. Japan was followed by Norway in second and Switzerland in third, while Sweden and Finland completed the top five.

Other countries ranked among the top 10 include Sweden, Finland, Germany, Denmark, Canada, Austria, and Luxembourg. Both Australia and the United Kingdom slipped seven places to 15th and 19th respectively, and the United States dropped five places to 12th.

Germany was ranked 6th among 75 countries based on the rating of the country’s prestige of products, environmental efforts, civility of national politics and its attractiveness. The FutureBrand Country Index ranks nations according to their “brand” power, highlighting “measures of a great country” beyond GDP. 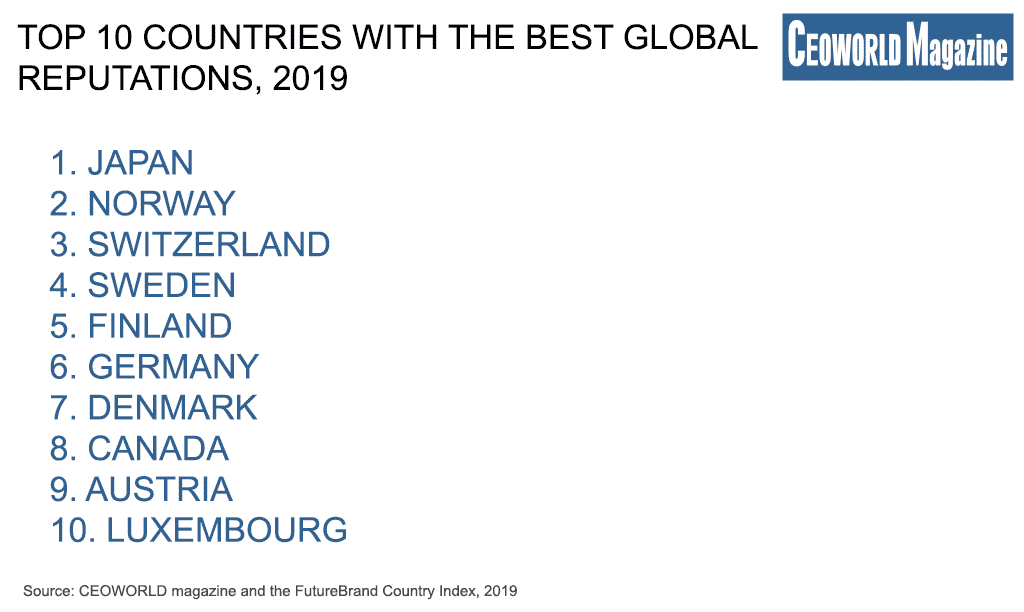 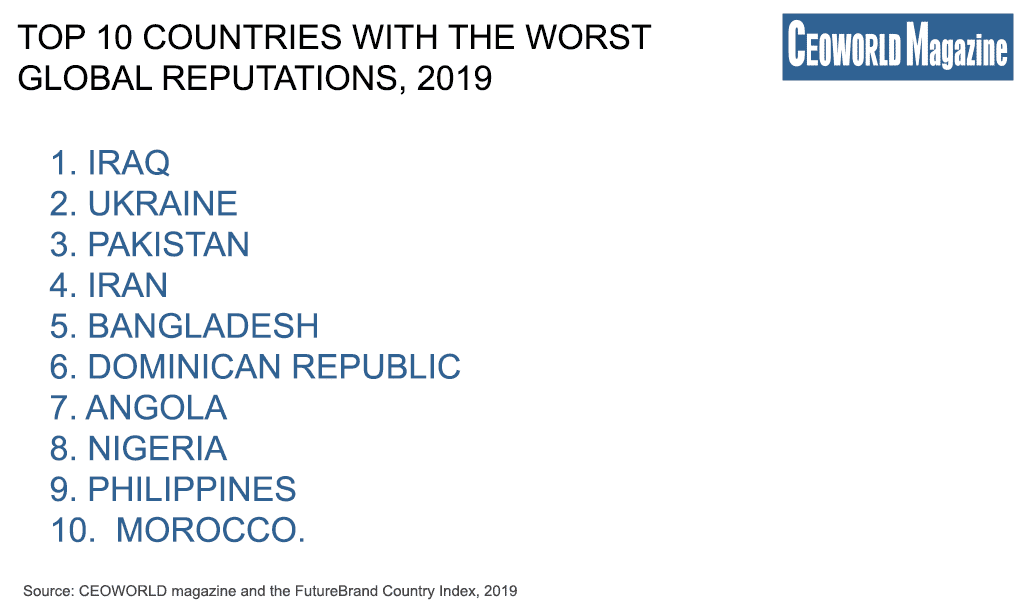 # Don’t Play The Busy-ness Game. Here’s Why More Effort Doesn’t Equal Better Results by Lynne Cazaly.
# Connection Before Content: How The Process Communication Model Can Help Your Team Thrive by Jeff King.
# Engage Your Stakeholders Through Sustainability Efforts by Alon Geva.
# Top 5 Places In The World For Heavenly Coffee Experience.

tweet
share on Facebookshare on Twittershare on Pinterestshare on LinkedInshare on Redditshare on VKontakteshare on Email
Ryan MillerJuly 1, 2019