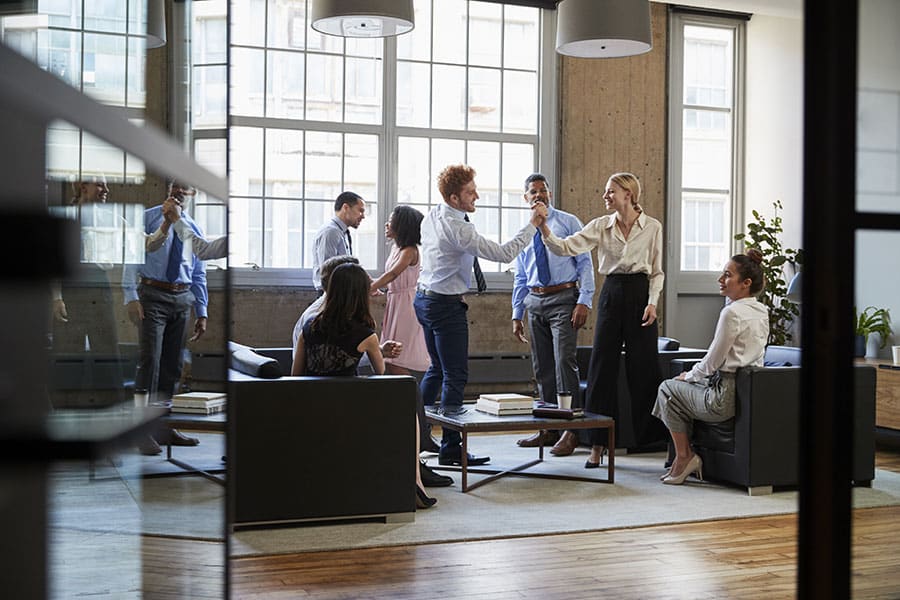 Several years ago, a movie called “The Pursuit of Happyness” debuted. It was based on the real-life story of Chris Gardner, a highly successful businessman who was once homeless.

It compellingly shows how one man and his young son went from sleeping on the floor in a public restroom to living a life of greater comfort, security, and success.

How does someone go from such dire straits to high levels of success?

It boils down to the tripod of success.

Chris had the tripod.

Was life hard? Harder than most can imagine.

Were the odds against him? Indeed, they were.

Was his dream nearly impossible, given his situation? Most people would say, “Yes.”

But Chris was incessantly driven to get back up every time life knocked him down.

Driven from within by a “never-give-up” attitude; and motivated from without by the desire to give his son a better life, Chris walked up to a highly successful businessman and point-blank asked him how he got there.

The man was taken aback. No one had the nerve to ask him that question before. But it got his attention, and in a good way.

One thing led to another, and Chris worked his way into becoming a highly successful businessman, too. There were nights he and his son slept in homeless shelters or on a public restroom floor, but he showed up for work each day, nonetheless.

His is one powerful story of how attitude, motivation, and a willingness to learn and work can change a life trajectory; and, what’s more, a family’s legacy.

People often say they want a better life for themselves and their families.

They are tired of just getting by in their career or business. Unlike Chris, they may live in nice houses and drive expensive cars; but underneath it all, they know they are just a few paychecks from homeless. Or maybe they are doing well, but dependent on one company or one client for the support of their family.

Does the thought concern you?

It is wise to diversify – not just your stock portfolio, but your income streams. This doesn’t mean you have to work 80 hours a week, either.

What would it mean to you to have the security of an additional income stream?

What would several income streams provide in terms of freedom and opportunity?

Those same conversations also reveal key indicators for whether or not they will succeed. This is where the attitude surfaces, and attitude is a key indicator.

“I will do whatever it takes because this is important to me and my family.”

“I want more freedom, but…”

These are clear indicators.

Surprisingly, many argue against the advice they have requested, saying it won’t work for them or they are too busy (or any number of other excuses). It would be like Chris Gardner asking the stockbroker how he got to where he was and then…walking away.

In two words, that is MISSED OPPORTUNITY.

There is a tripod of success, and it is this.

tweet
share on Facebookshare on Twittershare on Pinterestshare on LinkedInshare on Redditshare on VKontakteshare on Email
Dave FergusonJune 18, 2019

Internationally respected and highly experienced executive leadership coach, speaker and author. Check Dave out at LivingToLead.com. Dave is an opinion columnist for the CEOWORLD magazine.
view all posts