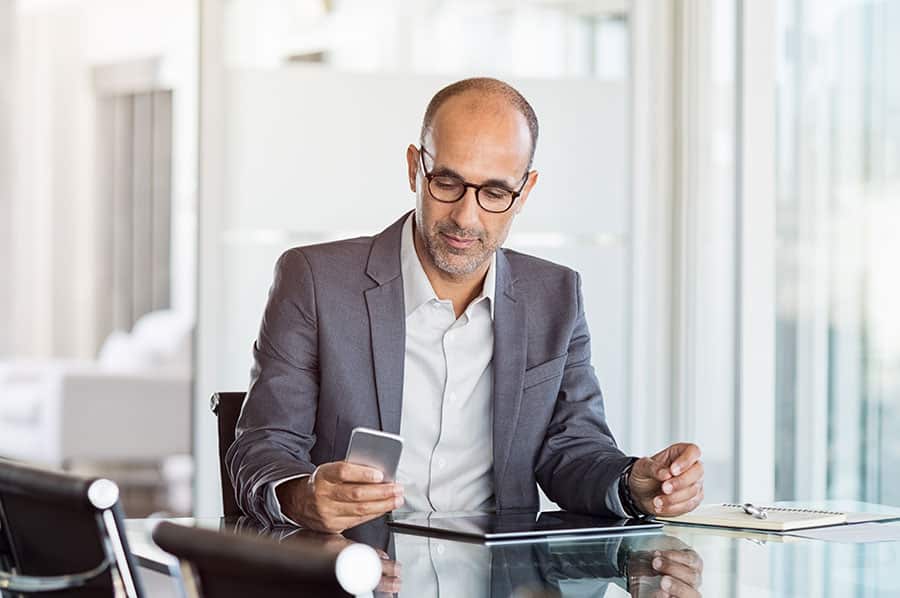 Phones are tools of the modern era. But, while many of us overload our phones with as many apps as we think we may need at some point in the future, you’re not likely to see the same behavior from executives. Many top executives are protective about how many apps they download and keep on their phones.

Just as phones can be tools, they can also be distractions and time wasters. If there’s one thing a highly productive executive hates, it’s wasting time. Because of this, app minimalism is more likely for many top businesspeople. They may download many apps, but will cut down the ones they don’t use and organize their phones in a way to make their most useful apps easily accessible.

For many top execs, there’s a trend of similar types of apps. The exact app will vary a little, but these are the general apps you’ll see on every executive’s phone.

Time is the only finite resource we all have in common. When you know the value of your time, you tend to get whatever tools you can to make sure you’re using your time wisely and not wasting it. To help with this, execs use a few different kinds of productivity apps. 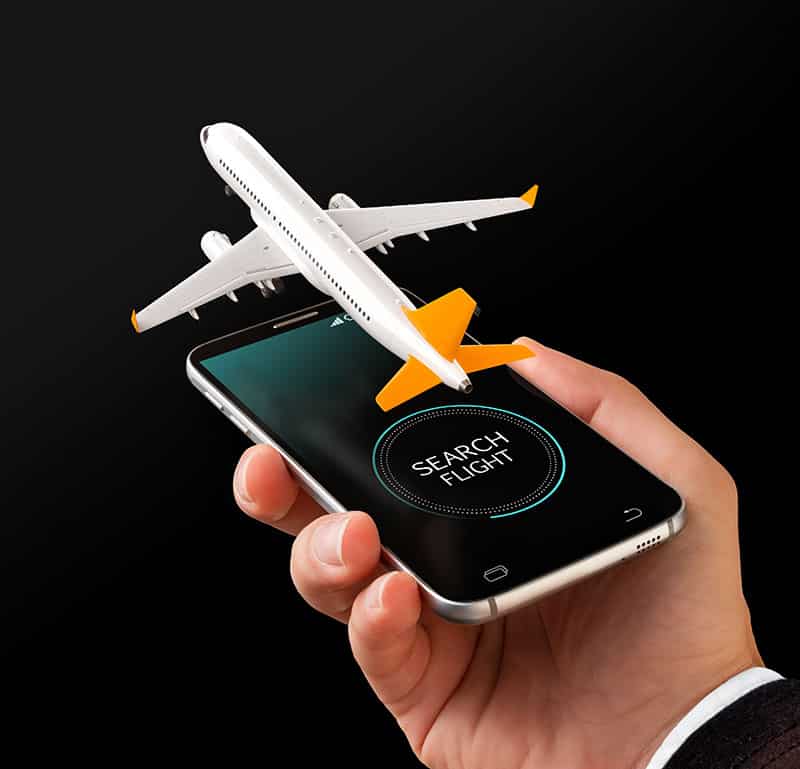 Speaking of email, communication apps are a big part of productivity for executives. They’re likely to have messaging apps like Whatsapp and WeChat that allow for simpler communication and file transfers. You’re also likely to find video messages and VoIP apps that facilitate quick conversation through data rather than cell service. You can find the best VoIP for your usage by using a service like Get VoIP, instead of just downloading and trying everything.

Email will probably be there as well, but it may not play as large of a role on mobile as it would on a desktop. Communication apps can also be used to facilitate video conferences and meetings. There are so many different options today that it’s up to the individual what they prefer. But, you’ll likely find an app of this type on the phone of every top executive.

Notion, OneNote, Evernote, Google Keep and other cloud-connected note taking apps simplify things for executives. Rather than storing notes on local device storage or in a physical location, every note they take down is accessible from any of their devices, as long as they connect to their notetaking account. These types of apps reduce the chance of missing something important or forgetting about an idea that should have been written down. The process becomes seamless and simple.

Believe it or not, many executives use Uber, Lyft, Taxify, and similar services to get around. These apps help save time and money and make commuting easier. With saved preferences and seamless payments, ridesharing apps are a real time saver.

If you’re at the helm of a large company, you’re a target for cyber crime. Even if you’re not in that position yet, it can be wise to take a cue from executives and improve your digital security with a few apps. 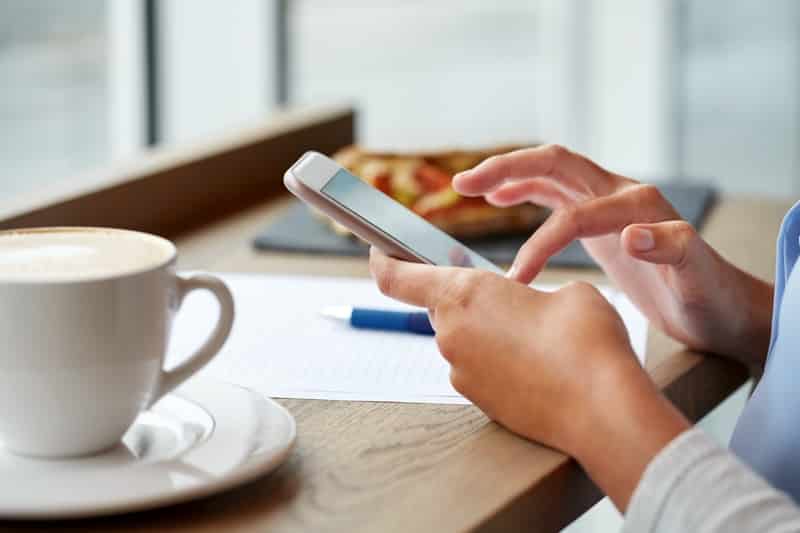 The likes of 1Passwork, LastPass, and others help execs create complex, unique passwords for all their digital accounts. Using a password manager, they only need to remember one password while the program saves and auto-fills the rest.

Many sites require two-factor authentication for log-ins. Authenticator apps like Google Authenticator are compatible with most of these sites and help prevent unwanted access.

VPNs (Virtual Private Networks) can mask your IP address, location, and browsing data to keep you protected online. Many of these apps have general online security features and anti-hacking features, or these features can be gained from separate apps. Companies like Avast, NordeVPN, or 360 Security are common.

Growing your knowledge and learning every day keeps you sharp and on top. Business executives are the kinds of people who are constantly expanding their minds and learning in their spare time. They can do that more easily with the right apps.

You don’t always have time to read what you find immediately after you find it. Execs have the same problem, which they solve with apps like Pocket or Instapaper that allow content to be bookmarked and saved for reading and accessing again later.

While each news site may have its own mobile app, that would require a lot of different apps to be opened and scrolled through every day. Instead, news curation apps like Flipboard, Google News, Feedly, and even Reddit help bring all the headlines and stories most important to you into one convenient location.

Audible, Apple Podcasts, Blinkist, and other apps are great for listening to content on your mobile. You can receive and digest a lot more information on a daily basis if you’re taking it in via audio while commuting or working on simple tasks. This is one way execs manage to read so much!

Physical and mental health are an important part of a busy lifestyle. Many executives understand the importance of staying healthy if they want to remain productive and on top of their game. They use apps to help out.

Knowing what you’ve done physically throughout the day and when you need to do more helps busy execs stay on top of fitness. Apps like Fitbit or Garmin Connect make this a lot easier to track and give you performance updates throughout the day.

If you find it hard to make time for exercise, do what the CEOs of the world do. Install a workout app that guides you through a daily exercise routine and reminds you to do it. Something like Headspace, Workout Trainer, or Nike+ Training Club give you insights into your fitness routine and help you remember to get your workout in every day.

Apple phones have a health application automatically installed on every device. Android has a similar app that’s downloadable. These apps simply allow you to make health notes about your identification, health conditions, and other important information in case of an emergency. 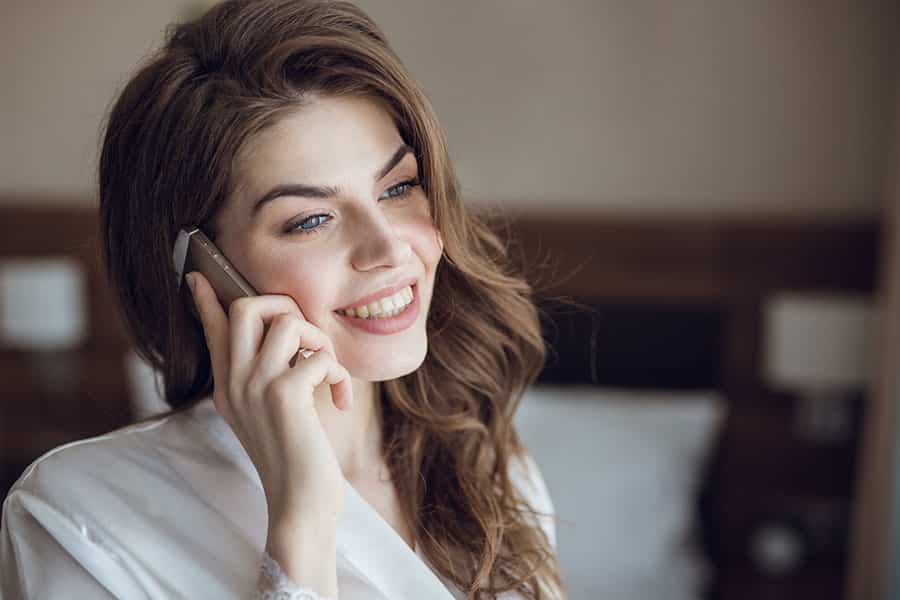 Apps like Facebook and Twitter are present on most peoples’ phones, along with a few games and video or music apps. However, executives are more likely to skip these apps in favor of others. People who know the value of their time are less likely to keep many social media apps and entertainment apps on their devices.

For the most part, social media is a time waster. It helps some people relax and enjoy downtime, but it can also take up large swaths of time you could be using to do other things. Social media is designed to keep you scrolling endlessly and opening the app repeatedly throughout the day to see new content, whether it’s actually improving your life or not.

The only social media you’re likely to see on an executive’s phone are the apps most relevant to their work. Some people maintain a visible presence on Twitter, Instagram, Facebook, LinkedIn, Pinterest, and other places. In these cases, keeping social media apps can be useful for keeping up a personal brand and maintaining your image. To cover all their bases at once, they may use an app like Buffer to post to multiple places simultaneously or schedule posts ahead of time.

Entertainment apps are mostly foregone on executives’ phones. When they want entertainment in their downtime, they can use alternate devices rather than their main phones. This reduces the chances of distraction throughout the day, keeping them productive and focused for longer stretches.

Your phone is your tool. Use it to help you get better at what you do and not as a distraction. If your phone helps you relax and unwind or keeps you productive and focused throughout the day, find the right mix of apps for the best results. Apps used by top executives can give you a hint about what might work for you, since it works for them.

# Global Passport Ranking, 2019.
# GDP Rankings Of The World’s Largest Economies, 2019.
# Most Expensive Countries In The World To Live In, 2019.
# Countries With The Highest Average Life Expectancies In 2030.

tweet
share on Facebookshare on Twittershare on Pinterestshare on LinkedInshare on Redditshare on VKontakteshare on Email
Sophie IrelandJune 12, 2019