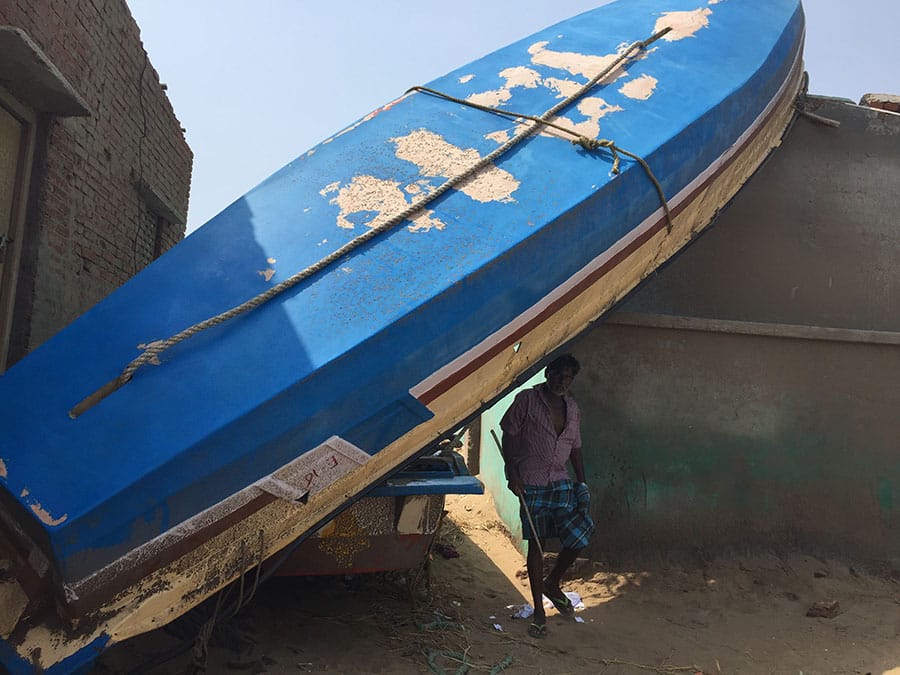 The Indian state of Odisha‘s coastal belt was at the receiving end of nature’s wrath when Cyclone Fani tore through the city of Puri breaking the anemometer after measuring 240 km/hr on the 3rd of May.

Cyclone Fani was one of the biggest storms in years to make landfall in India. It is the rarest of the rare cyclone to have originated from the Northern Indian Ocean since the 2000s, in April.

The winds wreaked havoc in Puri, causing annihilation and uprooting trees as old as hundred years and moving to Odisha’s capital and financial center Bhubaneswar and beyond.

The amount of damage inflicted by a hurricane depends on several factors, among them the power of the storm, strength of the impacted buildings and infrastructure, size of the population, and degree of preparedness.

Cyclone Fani was a powerful category four, and despite the late notice, the Odisha government carried out mammoth evacuation exercise a day before the landfall. Death tolls for some of the worst cyclones around the world have been in thousands. Hurricane Maria reported 2975 deaths, Cyclone Idai (750 deaths), Hurricane Sandy (72 deaths), but Odisha limited the casualties to 39 in the landfall district of-of Puri and 64 for the entire state.

Manoj Mishra, Officer on Special Duty (OSD) to Odisha’s Chief Minister Naveen Patnaik describes the state’s exemplary ‘disaster preparedness.’ He said: “The State has seen some of the worst cyclones, 1999 super cyclone one being the harshest. With climate changes and global warming making real changes on weather, we realize we will have to face cyclones regularly. Therefore Odisha has been investing in infrastructure to meet them and make sure we don’t lose precious lives like before.

Designing cyclone shelters with IIT Kharagpur and constructing more than 800 of them; identification of other safe buildings along the coast to double up as shelters; creating database – village wise- for human as well as animal population; building up strengths in concerned departments and districts to mobilise requirements; training people for working as volunteers for exigencies; and most importantly sensitising the people, as well as government functionaries at ground level, have worked in tandem to make this State come up with a world class model in evacuation of precious lives prior to imminent threats and saving them. For cyclone Fani, the State evacuated more than 1.3 million people in a little more than 24 hours.

“As our Chief Minister emphasizes, now it’s time for making this State create a world-class model in cyclone proofing. To make that, investments are needed in the three key sectors – Electricity, Housing, and Telecom infrastructures. The State needs special economic assistance to make – distribution of electricity underground in coastal districts; to convert the 8-10 lakh kuctha (shanties) houses to Pakka (brick) houses in the vulnerable districts. Similarly, telecom network needs to enhance its infrastructure to make them cyclone proof. With these medium-term targets, this State can become a model for the world and show how human civilization can coexist with extreme weather phenomenon.” 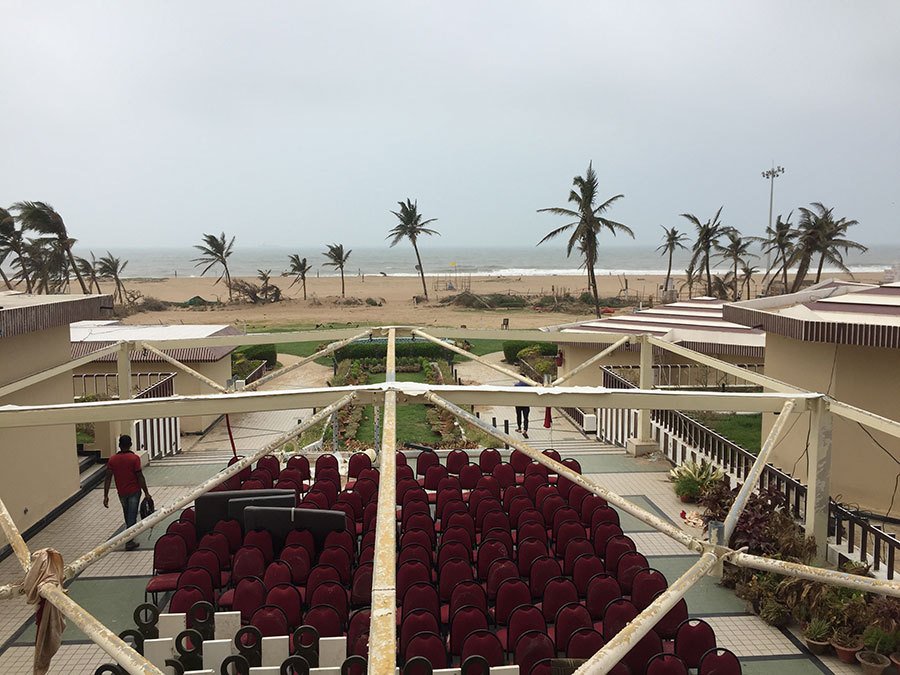 The government has put its best foot forward to try and restore normalcy in the affected cities. Especially, necessities like food and water. While Puri has a long road to revival, Bhubaneswar – also one of the top ‘Smart Cities’ of India, is almost back on its feet within just 8 days of the cyclone with 100% drinking water and 80% power restoration.

As to how the aggressively the relief work is being carried out in the capital, Bhubaneswar Municipal Corporation (BMC) Commissioner Samarth Verma said: “Evacuation on the 2nd of May, before the cyclone, was the biggest challenge for us but we successfully evacuated around 85,000 people who helped minimize the casualties. The next big task for us was to make sure everyone gets relief. The process started on the 7th May, and as of today, we have given relief to around 86,000 families and Rs.2000 as financial assistance for food and Rs.500 to procure polythene sheets. Around, 8,000 families have been given 50kg of rice each. We have also begun the rollout of additional one month’s pension for beneficiaries under BMC. 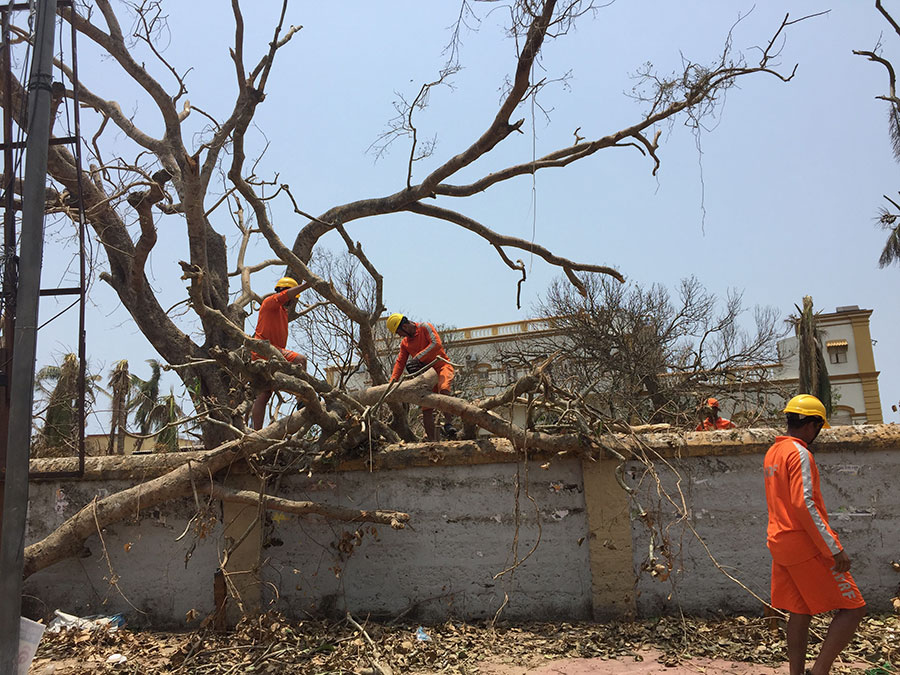 “Health campaigns to spread awareness about the maintenance of hygiene and sanitation are being conducted at various areas in Bhubaneswar, by Anganwadi, Health and Accredited Social Health Activist (ASHA) Workers as well. Open drinking water sources have all been bleached with halogen tablets. As per Forest Department figure, more than 1 million trees have fallen, and the mammoth task of clearing the tree debris is efficiently taken out by teams of National Disaster Response Force (NDRF), Odisha Police Fire dept , Odisha Forest Development Corp (OFDC) with the help of BMC and Dept of Energy.”

While the city has been stripped of its green cover, one million in number, the traffic signal posts under the Adaptive Traffic Signalling System are standing tall, as a result of the adoption of engineering design and technology behind the structures, commissioned by the Bhubaneswar Smart City Limited (BSCL) to withstand wind of more than 200 KMPH.

Although there is support pouring in from the corporates to the state.

Nitin Bhanudas Jawale, Managing Director, Industrial Promotion and Investment Corporation of Odisha (IPICOL) said: “There has been massive damage to industrial infrastructure in the cyclone path, which will take a lot of time to recover. However, we have received a lot of support from corporates in shape of financial assistance for Chief Minister Relief Fund, materials required for restoration activities like electrical poles, generators, solar lamps, roofing materials and even food items like biscuits.”

However, the disruption to life which Fani caused would serve as a lesson for people of Odisha in the future. Post the cyclone, availability of cash and banking was a major problem as 95% of ATMs in Bhubaneswar and Puri became dysfunctional with cyclone. The Railway lines were severely damaged, and hence people were deprived of transportation facility. Despite all the efforts of the government, the destruction has been massive in rural areas as a result of which they continue to live in distress. It remains a big challenge for the government to reach out to them.

Also, we must not forget that Cyclone Fani is the by-product of global warming and threats of such Cyclones remain a big threat to coastal areas. The state of Odisha is setting needs to be emulated in other coastal regions for facing such adverse, and deadly cyclones head on.

# The Common Jargon Phrases We Need To Avoid by Gabrielle Dolan.
# Ranked: The 10 Most (And Least) Positive Countries Across The World, 2019.
# The Top 10 Universities For Engineering Degree In Europe.
# Top Five Career Options After Business School.
# These Are The Best Wildlife Safaris In The World, 2019.

tweet
share on Facebookshare on Twittershare on Pinterestshare on LinkedInshare on Redditshare on VKontakteshare on Email
Taruka SrivastavMay 15, 2019

Taruka Srivastav is a media consultant with clients like Manchester United. She is a former Asian Games Player and has previously worked with Hockey Men’s World Cup 2018 and FIFA U-17 World Cup 2017. Taruka is an opinion columnist for the CEOWORLD magazine. You can follow her on Twitter.
view all posts