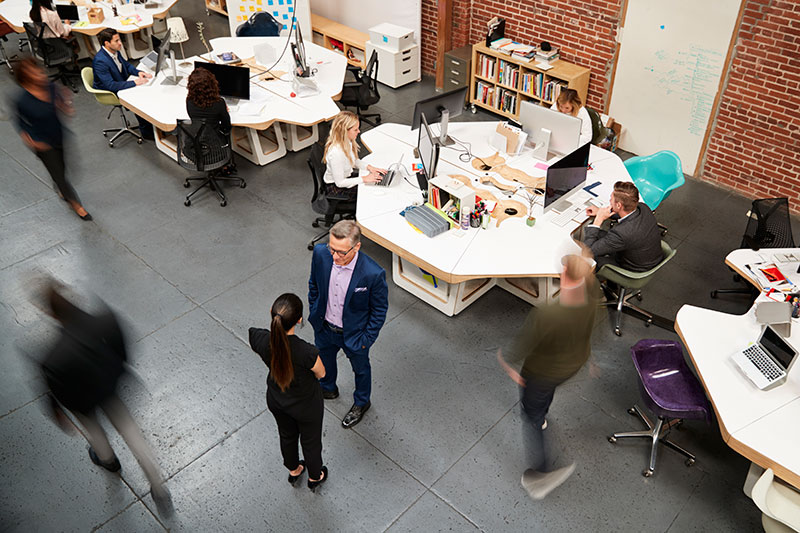 “Whatever you do, don’t screw up!”

“If you drop the ball on this, you’re toast!”

“Everything is riding on this presentation. Don’t let us down!”

Too many managers obsess about the possibility of failure instead of building the safety nets that promote success. They spend far too much time reminding people about the consequences if things go wrong instead of clarifying what things will look like if they go right.

But why? Many people get promoted into the management ranks because of their critical-thinking skills, particularly in industries like consulting, engineering, and technology. Such skills allow for accurate problem-solving, and they help uncover flaws and mitigate, minimize, and control risks. The danger occurs, however, when critical thinkers place a disproportionate amount of attention on “all the things that can go wrong.” When managers continuously obsess about all the bad things that must be avoided, they end up injecting workers with so much anxiety that it creates an untenable amount of performance pressure, undermining their confidence and creating, ironically, an unsafe situation.

If your aim is to help people to be more courageous—to trust your direction and take the kinds of risks and initiative that will benefit your company—you’d be wise to create safety nets. And because safety (and danger) occurs on many levels, weaving tight nets requires a multifaceted approach.

For some, safety comes in the form of financial stability. Such people will risk doing courageous things to the extent that those risks don’t jeopardize their job security. For others, safety has more to do with preserving their reputation. They will take risks as long as doing so won’t make them look bad. Still others find safety in belonging to a group. They will do courageous things as long as their place in the community isn’t threatened.

As a manager, you’ll find that gaining a clear understanding of each worker’s definition of safety will help you to craft each person’s net. That said, there are three specific ways of building safety nets regardless of which kind of safety is involved:

It’s easier for workers to be courageous when you create safety nets. Increased safety lessens workers’ fears and increases their willingness to carry out uncomfortable tasks. The more substantial the risk you’re asking workers to take, the more safety nets you’ll have to put in place. Although it’s rarely possible, and often counterproductive, to remove all danger from challenging situations, safety nets create the type of courage that inspires workers to innovate, take chances, and succeed.

tweet
share on Facebookshare on Twittershare on Pinterestshare on LinkedInshare on Redditshare on VKontakteshare on Email
Bill TreasurerApril 24, 2019

Bill Treasurer is the Chief Encouragement Officer of Giant Leap Consulting, Inc., a courage-building consulting firm. Bill is the author of six leadership books, including his newest, Leadership Two Words at a Time. For over three decades, Bill has designed, developed, and delivered comprehensive leadership programs for such renowned organizations as NASA, Accenture, eBay, Lenovo, UBS Bank, Southern Company, and the US Department of Veterans Affairs. Prior to founding Giant Leap, Bill served as Accenture’s first fulltime internal executive coach. He is also a former captain of the US High Diving Team and performed over 1500 dives from heights that scaled to over 100 feet.

Bill Treasurer is an opinion columnist for the CEOWORLD magazine. Connect with him through LinkedIn. For more information, visit the author’s website.
view all posts