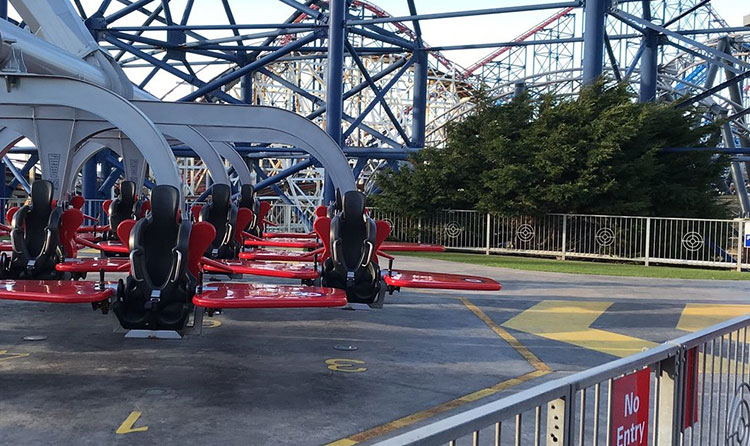 Whether it is a child, an adult, or a teenager, where anyone feels the memories of their childhood again and experiences fun, is an amusement park.

An ideal mix between nature, wildlife, waterfall, shopping, luxury, and some of the best entertainment parks in the world, fun, entertainment, and adventure, which everyone wants to see on vacation.

There are more than 400 amusement parks in the world, each offering a unique and fun-filled experience.

For those who looking for reasons to visit the UK in the summer, there is no better reason than to explore the beach, Blackpool Pleasure Beach, which is a once-in-a-lifetime experience for everyone. Eventually becoming one of the top amusement parks in the world, Pleasure Beach boasts legendary stage performances such as Hot Ice, Craig Cristian Ken Webster, Nickelodeon’s land, and an exciting head-rotating roller coaster selection, as well as exquisite performances and amazing make it one of the best amusement parks in the world. Have an unforgettable day with your family.
Location: 525 Ocean Blvd, Blackpool FY41EZ, UK
Registration fee: tickets starting from £18 per day
Time: 11 am to 5 pm

Wonderla Amusement Park in Bangalore is one of the top amusement parks in the world. Wonderla has a perfect balance between entertainment, food, excitement and wildlife, and it has a special place to offer roller coaster tours for all types of travellers. Various virtual reality experiences and ferries make it one of the best amusement parks in the world.
Location: 28th Km, Mysore Road, Bengaluru, Karnataka 562109
Admission fee: For adult ₹1300 and for child ₹1050
Time: 11 am to 6 pm

As one of the world’s largest amusement parks, the magical kingdom of Walt Disney World is very popular. Located on the Bay Lake, you can meet your favorite Disney characters and experience the world of adventure, frontier areas, Liberty Square, Fantasy World, Tomorrow’s World and Cinderella Castle, where dreams are carried out in an adventurous carnival. Walt Disney’s magical kingdom is a tribute to the life of Walter Elias Disney and the talent and dedication of Walt Disney.
Location: Walt Disney World Resort, 1180 Seven Seas Dr, Lake Buena Vista, Bay Lake, FL 32830, USA
Registration fee: tickets starting from $101 per day
Time: 9 am to 10 pm

From the amazing Calamity mining carnival to exciting rides, Walibi is one of the world’s best amusement parks for friends and family. Ideal for children’s attractions, Walibi offers a surprise for people of all ages, making it one of the best roller coaster parks in the world. Some of the fascinating entertainment activities offered by Walibi include Staggering Werewolf, Vampire and Dalton Terror. The challenges of Gold River Adventure, and Tutankhamun.
Location: Boulevard De L’europe 100, 1300 Wavre, Brussels, Belgium
Tickets: Tickets start from EUR 30 per day|
Time: 10 am to 6 pm

Wardrobe Essentials: Items You Need To Have In Your Closet This Year.
A Checklist On What To Pack Before A Trip.
Things To Keep In Mind While Scouting For Locations For The Perfect Shoot.
Summer 2019 Nail Polish Trends.

share on Facebookshare on Twittershare on Pinterestshare on LinkedInshare on Redditshare on VKontakteshare on Email
Aastha MaheshwariMarch 26, 2019