CEOWORLD magazine - Top Stories - C-Suite Agenda - Top 5 Things To Do When On the Roof Of The World, Tibet. 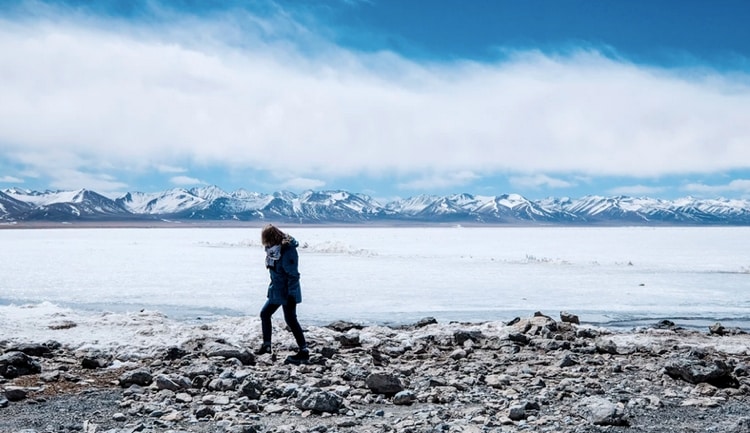 Tibet is much more than we know of it. Carrying on its shoulder a rather fancy and formidable sobriquet, Tibet has become a favourite tourist across the globe—and there are enough reasons to support its massive popularity.

Having emerged in the 7th century, the Tibetan Plateau region (which is historically called Tibet) is home to a vast number of ethnic groups aside from traditional Tibetans and including Lhoba, Sherpa, and Monpa.

The Tibetan culture is rich with the pervasiveness of Buddhism-influenced beliefs, rituals, and lifestyle. However, it has started to accommodate modern-day lifestyles considerably, though the richness of the conventional Tibetan culture continues to dominate.

If you happen to be in Tibet, you will not be disappointed. However, there are certain places to visit and things to certainly try out as they come among the best of what this tiny region has to offer. Here are 5 of them for your convenience.

There is no way one can miss the iconic UNESCO World Heritage site, the Potala Palace, which is the winter abode of the revered Dalai Lama. It dates back to 637 AD and has become the symbol of Tibet and its culture.

Potala Palace is very famous not only among foreign visitors but also locals, and hence, it is recommended that you get your tickets done a day prior to your visit. Make sure you have your ID proof along when you visit the palace.  Also, you may want to see the Palace at night because it is said to look the most majestic during that hour.

Lhasa has many tourist attractions in and around itself, but one of the seminal ones is Namtso Lake.

It is a six-hour drive to the highest saline lake on the earth, which has been enveloped amid ranges of Nyenchen Thangla. It is one of the three sacred lakes in Tibet and is known for its picturesque topographic setting.

The best time to see this beauty is between May and October, and you are not required to make advance bookings—though you are expected to tolerate the rough terrain you would experience during travel.

Tibetans have strong sentiments attached to what is known as the “spiritual heart” of the region. It is the most sacred place in Tibet and has been declared as the UNESCO World Heritage site. You can visit this temple, seek blessings from the Sakyamuni Buddha Statute and experience the most natural exhibition of Tibetan culture.

You do not need advance bookings to be here. The temple is only walking distance from the famous Barkhor Street. You may want to take a bus from wherever you are and to Lugu Station, which is only a few hundred metres away from the temple.

Now that we have already mentioned Barkhor Street, we should talk more about it—because it is worth all the craze.

Barkhor Street is a bustling marketplace situated at the heart of Lhasa. The street offers you many opportunities to witness Tibetan life in its truest sense. You can shop traditional Tibetan outfits and accessories, swallow down delicious food, or simply walk around and notice the world change slowly and wonderfully.

This marketplace is heaven to all those travelers who cannot go back home without souvenirs. There is no dearth of what you can take back, and it would not hurt your pockets!

Also, while you are here, make sure you try the common-favorite Butter Tea and Tsampa. We promise that there is nothing like these!

We cannot single out what you should see here in the famous “Switzerland of Tibet”, but it is definitely recommended for those who are mad for adventure and nature.

There are many places to visit: Lulang Forest, Zayu Natural reserves, Takste Monastery, the ruins of Galang Palace, and Buchu Monstery. You may want to visit Xiuba Ancient castle that is much older than the grand Potala Palace which often gets the limelight. Then, there are also Bonri Mountains, which deserve a separate mention as they are sacred for those belonging to Bon Sect.

Lhasa may offer you a blend of modernity and traditionalism, but the ampleness with which natural beauties are offered in Nyingchi is unmatched in all standards.

CEOWORLD magazine - Top Stories - C-Suite Agenda - Top 5 Things To Do When On the Roof Of The World, Tibet.

tweet
share on Facebookshare on Twittershare on Pinterestshare on LinkedInshare on Redditshare on VKontakteshare on Email
Ayushi KushwahaMarch 9, 2019