CEOWORLD magazine - Top Stories - C-Suite Advisory - Face It and Embrace It: How Companies Can Thrive on Constant Change 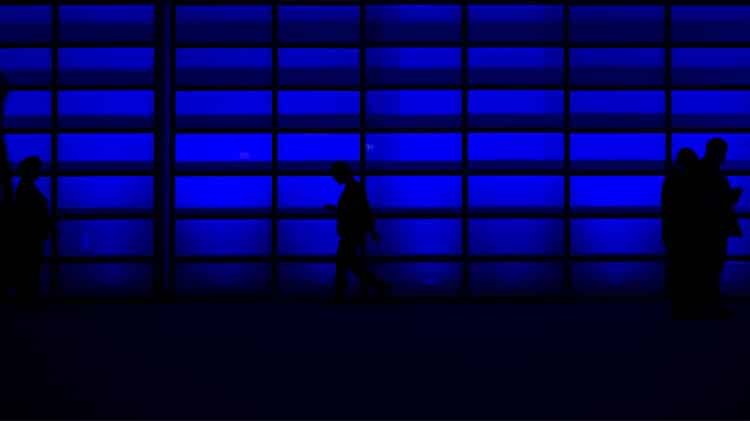 When people talk about companies that failed to keep pace with innovation, Blockbuster is a popular punching bag. The common perception is that the company kept its head in the sand while Netflix, then just a scrappy startup, disrupted the market and forever altered the way people watch movies at home. As former Blockbuster CEO John Antioco explained in a Harvard Business Review article, the former video rental giant did attempt to compete with Netflix by launching an on-demand streaming service called Blockbuster Online. According to Antioco, however, the company canceled the $200 million project after disagreements broke out among management, shareholders, and Blockbuster’s parent company, Viacom.

Often, a company’s inability to evolve and adapt to changing market conditions is symptomatic of much deeper problems within the organization. Companies can withstand and even benefit from constant change if they establish cultures that encourage continuous experimentation and learning.

When employees are flexible and best practices are well documented, companies can more easily diagnose root problems and respond quickly to changing conditions. Effective problem solving requires founders to put aside their preconceptions and work toward achieving the best possible outcomes for their companies. And managers must understand that their primary purpose is to guide employees toward coming up with new ideas, based on key performance indicators, and provide their teams with whatever they need to meet those objectives.

Building a culture that encourages people to learn continuously and embrace ongoing change is essential if a company wants to survive all of the setbacks, pivots, mergers, and other significant events it will face as it grows and scales. Companies also need to be prepared to update their processes as circumstances change and marketplaces evolve.

For example, one of my companies was acquired by eBay and later spun off to become a private entity. It was my job to improve customer retention numbers by teaching the company’s employees to think and operate as though they worked for a nimble startup. Employees at some locations were able to adapt, but I faced deep opposition from others who simply refused to change and institute new practices. Ultimately, the company had to make significant workforce reductions because it wasn’t meeting its goals.

There were two issues that could have been dealt with in a more effective way. First, I never had full support from key managers and should have spent more time securing it up front. They may have liked my ideas, but they rarely followed through to make sure employees were applying the new processes we were trying to implement. The company also should have done individual interviews with all team members to determine which ones were on board and which ones were stuck in their old ways. This might have allowed us to let fewer people go, and to retain employees who were capable of learning and adapting.

Beyond fostering a culture in which employees are comfortable with change, it’s also important for companies to standardize and frequently re-examine best practices. Change becomes less frightening when everyone understands the current way of doing things, which can help to pinpoint exactly what needs to be done differently. Documenting these standards not only increases efficiency; it also helps companies improve their procedures, learn quickly from failures, and create evolving practices based on experience and tribal knowledge.

Get to the Heart of the Issue

When obstacles emerge or opportunities present themselves, companies need to determine what’s best for the company and then operate with a united front. For management, that often means putting one’s own opinion aside in order to see things from another person’s perspective.

Once egos are put aside, the best way to find the root of any problem is to lay out what I call the “five whys.” In my experience, it normally takes five iterations to understand and address what’s really going on. For example, I’m working on funding a marketing technology startup that recently ran into financial issues for the second time. Essentially, the founders ran out of cash and could not pay back the million dollars they had borrowed to get the company off the ground.

The first question I asked was simple: Why did this happen? The simplest reason was that they didn’t properly forecast their spending or their income. Why not? Because they simply didn’t know when the revenue was going to come in. Why? There was nothing in their contracts that indicated when the clients would become active and when they would pay. Why was that information missing? Because the account manager was onboarding new clients without telling the finance department that revenue was booked or when it was supposed to come in. Why? Because there was simply no process in place for the two functional areas to communicate.

Once a company has gained a deeper understanding of a problem, it’s time to make a decision. The worst course of action at this point is to make no decision, because it prevents the organization from moving forward. Even making the wrong decision is better than not taking action, because companies can capitalize on their mistakes and gain valuable knowledge in the process.

Set the Collective Up For Success

Employees at every level — especially management — need to think beyond themselves and ensure that the work they’re doing is complementary and supportive of other employees and business units.

When it comes to overseeing change, managers aren’t there to handle day-to-day responsibilities — they’re there to ensure that their employees have everything they need to accomplish the company’s objectives. When managers overstep this role and begin to micromanage daily activities, they risk hindering the team’s progress. Most importantly, leaders must understand that they are there to serve their teams — not the other way around.

To foster a culture of experimentation and change, managers should also guide teams into coming up with new ideas designed to drive a specific key performance indicator or KPI. Change for the sake of change can be a useless effort — change needs to be driven by a catalyst based on empirical feedback. For example, let’s say an account management team wants to raise its net promoter scores (a measure of customer satisfaction) to above 90 percent. Using that established KPI as a driver, teams can brainstorm ideas that will retain more clients and raise customer satisfaction levels. In that case, managers are getting feedback they can actually act on, which only encourages employees’ creativity.

Time and time again I’ve witnessed employees and management teams — some of whose companies were already in the midst of a transition — remain rigid and attached to old ways. Their attitude always seems to be: “Why fix what’s not broken?” But it’s not about “fixing.” It is about continuously improving your products, services, and business processes in order to get ahead of the next curveball or opportunity your company will inevitably encounter. Organizations that are truly agile and innovative don’t just accept change — they are hungry for it and embrace it. And, most importantly, they encourage that flexible, improvisational mindset among their employees.

CEOWORLD magazine - Top Stories - C-Suite Advisory - Face It and Embrace It: How Companies Can Thrive on Constant Change

tweet
share on Facebookshare on Twittershare on Pinterestshare on LinkedInshare on Redditshare on VKontakteshare on Email
Greg ShepardFebruary 14, 2019

Greg Shepard is the Founder and CEO of BOSS Capital Partners. He is a Serial Entrepreneur, Author, Speaker and Angel Venture Capital Investor with a legacy of building and running sustainable growth businesses. Greg has spearheaded multiple company exits in the BioTech, TransitTech, AdTech and MarTech space. Two of his former companies were acquired by eBay Enterprise Marketing Solutions in January 2016 as a part of cross-brand deal totaling largely over $900M. Greg Shepard is an opinion columnist for the CEOWORLD magazine.
view all posts