CEOWORLD magazine > The Latest > CEO Insider > Running Your SAP-Based Business On The Cloud May Be More Complex Than You Think. Here’s Why. 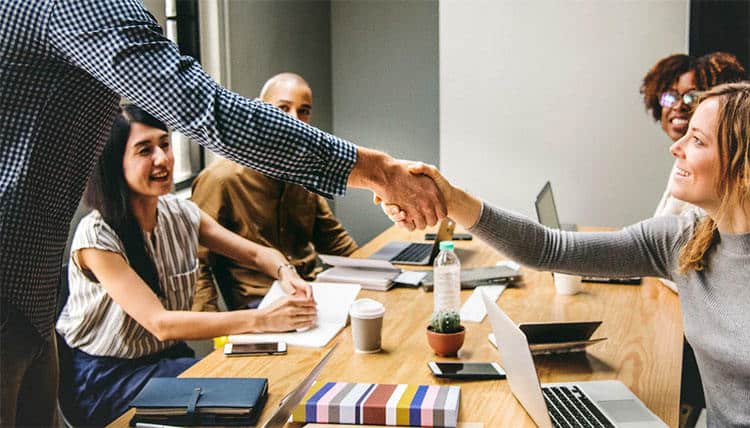 Public cloud adoption has now become a mainstream choice for many modern businesses looking to achieve technological innovation and scalability, and save on costs, amongst many other drivers. In fact, 73 percent of organizations have at least one application or a portion of their computing infrastructure in the cloud, with AWS staying the clear market leader. However, only a fraction of core business applications run on a public or private cloud, and it’s becoming clear that for SAP-based businesses, migration to the cloud is more complicated than many people realize.

Due to the nature of SAP, the cloud provider doesn’t have visibility as to what’s going on inside the application. This makes using their existing auto-scaling tools impossible, resulting in larger than expected business expenditure. Yet running it on-premise isn’t ideal either, as enterprises have to keep investing in expensive infrastructure and personnel. This additional to them going through processes of developing, testing, and deploying SAP applications as they evolve and as new infrastructure is deployed. So, while it may be tricky at times, migrating your SAP-based business to the cloud brings with it many benefits: innovation, a dynamic landscape, minimized infrastructure maintenance and – of course – saving on costs. These are the top things that businesses need to consider.

Moving to the cloud doesn’t automatically mean scalability for SAP

One of the main advantages of moving to the cloud is that the server’s resources can scale out or down dynamically, only using the storage it needs to at any given time (if you don’t know the difference between scaling out and scaling up, check out this explanation). However, SAP systems don’t use new storage resources unless it has a properly configured app server as it wasn’t built to identify new infrastructure and automatically use it. Setting up a new application server is a long and tedious process, eliminating the time and resource-saving benefits provided by the cloud. So, how can the need for extra resources be catered for in a way that SAP can handle?

The solution here combines having preconfigured resources and a system that constantly monitors it to anticipate when these resources are needed. It then ‘wakes’ up the resources so that they can be used by SAP, and later puts them to sleep until the systems needs them again.

Scaling down your resources while running SAP on the cloud also presents some obstacles. In order to spin down, the SAP application running in the cloud needs to be stopped. But, with no visibility inside SAP, public clouds can’t automatically shut it down as they might stop critical activities like an important batch job, or affect the work of its active users. So, teams wanting to reap the financial rewards of running SAP on the cloud have to shut it down manually during quieter times like evenings and weekends.

And while most cloud providers do actually provide auto-scaling tools that are able to shut down the applications running on its resources when they’re not needed, the lack of visibility into SAP bodes too much of a risk to shut it down without seeing what’s actually running inside it. The SAP systems could be taking up very little memory of the CPU, yet could still be critical to the organization. Furthermore, shutting down a part of SAP without knowing what it’s running could result in a corrupt database – which could ultimately cost the business millions of dollars. Luckily, solutions exist that constantly monitor the system for decreased usage and then automatically scale SAP down with the cloud system, ensuring peace of mind to teams that they’re not shutting down any crucial operations and relieving the need for any manual monitoring or scaling.

For SAP-based businesses, it’s likely that at least some of their systems will remain on-premise after migration to the cloud, so it’s important for them to be aware that managing this hybrid SAP environment is complicated. This is because teams have a limited ability to see the complete landscape and might be using different tools to manage and monitor the cloud, SAP, and the on-premise infrastructure. Getting landscape-wide visibility and a good indication of the overall system performance and health is difficult, so businesses should consider a solution that provides this as well as managing the required resources to support the cloud’s operations.

In addition to using a mix of on-premise and cloud storage, your business may also be combining multiple cloud providers as well. This could be for different applications, for example, one department may use AWS for its HR system, while another may use Microsoft Azure for its finance system. Another reason for this may be that companies want to keep a multi cloud environment so that they’re able to compare the performance and price of varying cloud providers to establish which one works best and provides the most value for the business, as well as to have a backup cloud provider.

However, what’s important to note when dealing with multiple cloud providers is that managing the landscape across the different clouds has the potential to become very complex, especially when using the tools each provider offers. Utilizing these different tools can result in higher levels of training needed for teams, and more resources spent on managing the environment. It also increases the chance of human error, as operating within different clouds means there isn’t system-wide performance and health visibility, nor a single standard operational process.

But it doesn’t necessarily have to be this complex – solutions exist that give in-depth visibility into the health and performance of SAP, along with business and tech operations, across multiple clouds and on-premise.

After migrating to the cloud (and even when your systems are still on-premise), the time you set aside for planned SAP maintenance should be used very wisely. It’s important to keep this downtime to a minimum, as while SAP is being updated during off hours, tasks cannot be completed. As it stands, it’s not uncommon for over 25% of this maintenance time to be wasted by manually stopping each system (both on the cloud and on-premise).

Stopping each system individually and then bringing them back up again after the maintenance process is completed is a very lengthy process – teams can spend at least half an hour out of a two-hour maintenance window just getting systems down and back up. So, finding a solution that does this automatically in a more efficient way could save a lot of time and effort.

It’s evident that running an SAP-based business on the cloud is not going to be all smooth sailing, especially if utilizing multiple providers and the tools they offer. Even though many cloud providers offer auto-scaling capabilities, businesses are not going to be able to get the visibility they need just by migrating their systems to the cloud. They could even end up paying for the maximum amount of resources while using only fraction of them.

Having said this, there are many benefits from migrating SAP to the cloud, not least saving on infrastructure costs, freeing up time and resources of team members, and being able to scale dynamically. So, in order to reap all of the benefits using SAP on the cloud has the potential to bring, it’s certainly worth companies seeking a solution that will allow them to maximize its full potential.

Tyler Constable is Director of Sales Engineering at Syslink Xandria, a global provider of SAP and cloud management, monitoring and automation solutions. Tyler is a regular contributor to the CEOWORLD magazine.
view all posts

Four Office Trends CEOs Should Have on Their Radars in 2021

James WuCEO InsiderJanuary 15, 2021
In 2021, CEOs are already hard at work transitioning the workforce back into the office.  Offices will reopen based on...

“Followers” get a bad rap. Here’s why they shouldn’t.

Chan KungCEO InsiderJanuary 5, 2021
Wargame is a commonly used professional method in geopolitical analysis. The main approach of this method is to conduct study...

Commitment, Competence, and Character: The Three Dimensions of Great Leadership

Bill NovelliCEO InsiderJanuary 4, 2021
After a long career that included work in private enterprise, co-founding and running an international public relations agency, and leading...