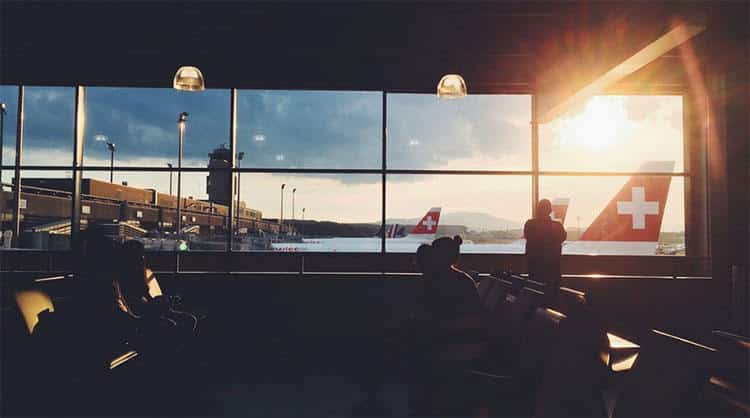 Last year, the Austin-Bergstrom Airport in Texas generated more than $7 billion in economic activity for the city of Austin, up from about $2.4 billion in 2010. As more and more people fly in and out of the Texas capital, it brings more money into a city that’s already in one of the biggest booms in the country — even more so with Apple’s new campus on the way.

Our company recently conducted a study to analyze growth trends at airports across the U.S. Our research confirms an airport’s economic impact on its city and points toward ways businesses should respond to airport growth.

What Airport Growth Means for Businesses

The nice thing about airports is that they work both ways. In the case of Austin-Bergstrom, for example, not only will its growth bring more business to the Austin area, but it will also open new routes for Austinites to see the world.

The size of a city is almost secondary, because airport traffic doesn’t hinge on population alone. It’s all about air connectivity: how many places the planes go and how many airlines can manage connections through the city. Because of that, a growing airport can bring more capital into a city as investors make cities like Austin their base of operations for new businesses.

An airport’s growth can have a dramatic effect on the local economy. A more important airport means more infrastructure investment, which existing local businesses can leverage to their advantage. The city’s growth then feeds the airport’s, and investment in airport development in turn grows the city’s economy.

Consider how Tucson, Arizona, saw its growth skyrocket as a direct result of increased airport activity. Airport operations themselves directly accounted for more than 16,000 jobs and an economic impact of about $4.5 billion. Keeping in mind that Tucson is only slightly more than half the size of Austin — and with less existing-business growth — those are staggering numbers.

That money isn’t just reserved for the private sector. The Tucson airport alone generated $36 million in tax revenue, not counting any of the tax money brought in from new offices and workers flocking to the city. Austin’s high levels of growth will create even more substantial gains as its airport becomes a more critical component of its local (and global) identity.

Airports and the cities where they operate share a symbiotic relationship. For that relationship to thrive, each side must help meet the needs of the other. One example is the high-potential businesses that the Metropolitan Washington Airports Authority successfully attracted to the area around Dulles International Airport in the Washington, D.C., metropolitan area. These kinds of partnerships create environments that attract more investors to your business and give you new opportunities to explore.

Whether your city’s airport is rapidly growing or declining, keep a close eye on how those developments will affect your business. Rapid airport growth attracts all manner of players to the market. In addition, the city will develop infrastructure to support expanding markets. Pay attention to building developments that can offer new locations for your business or avenues to expand your staffing and space.

As the growing airport attracts newly arriving businesses, your pools of potential clients, competitors, and partners will all expand. Jump on this opportunity to vet new clients, vendors, and partners. Also, pay attention to competitors planning to move in so that your business is prepared to differentiate in a suddenly more crowded market.

As an airport grows, a city grows with it. When that growth spikes in the next few years, local businesses and residents must be ready for the swift changes that follow.

tweet
share on Facebookshare on Twittershare on Pinterestshare on LinkedInshare on Redditshare on VKontakteshare on Email
Alex MillerJanuary 29, 2019

Alex Miller is the founder and CEO of Upgraded Points, a website that offers insider strategies for travelers to maximize their credit card points, miles, and rewards to enhance their travel experiences. Alex is a regular contributor to the CEOWORLD magazine.
view all posts