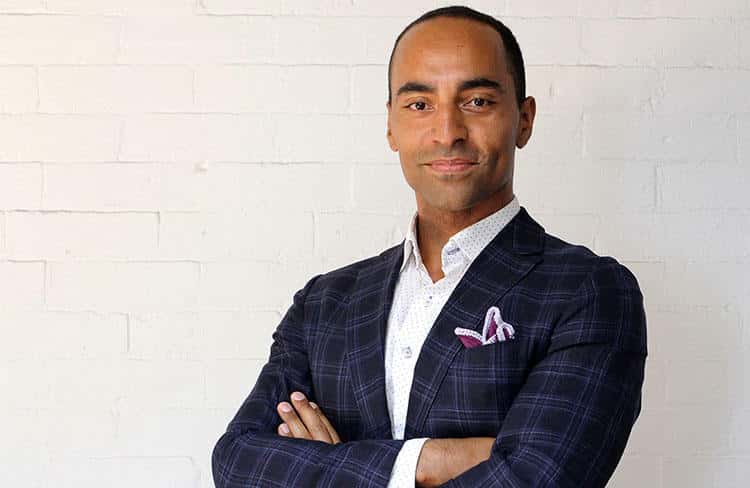 Cahill Puil is the founder of Byte Media Group.

“…in an information-rich world, the wealth of information means a dearth of something else: a scarcity of whatever it is that information consumes.” – Simon, Professor Carnegie Mellon

What it consumes is attention.

And the lack of it for any given target customer, creates a challenge for every CEO. It is this intersection – attention and information – that has been at the foundation of the Attention Economy, or the Social Marketing Era.

And yet as we’ll get into in the article – overwhelm, manipulation and the continual growth of social has eroded this attention economy foundation. Something new is evolving.

Here’s why it’s so important to understand.

The Rise of the Attention Economy

Marketing has rocketed through a number of evolutions. Each evolution typically follows new developments in technology or a shift in communication medium. As an example it has taken just over 100 years to move from handmade goods to industrialized goods and now globalized goods. Products and services can be delivered from around the world in 24h or less by tens of thousands of brands.

Likewise communications mediums have also evolved. From print and radio, to T.V., internet, and now social – the evolution has taken less than a century. Each evolution has fragmented or eroded people’s attention bit by bit.

It’s the last evolution – user-generated content via social platforms – that has had the most impact by far.

Brands now compete with an infinite number of choices, created by billions of people, on thousands of platforms. Everyone is vying for the same limited amount of attention that you are. And while the playing field has been leveled, giving you the opportunity to connect with anyone anywhere, attention has been fragmented beyond anything we’ve ever seen.

As Forbes points out – the amount of data we create on a daily basis is staggering. If you think your target audience could consume – 456,000 Tweets, 527,760 Snapchats, or 4,146,600 videos on YouTube – then you simply haven’t added the emails, texts, Facebook posts, Spotify or Podcast listens alongside the dozens emerging user-generated content platforms.

It is this concept that has fueled the Attention Economy.

As the theory suggests – when information is rich, and options are endless, the scarcest resource is attention (or someone’s time). Thus platforms (think Facebook and Google) push to monetize a person’s attention to brands like yours. And brands like yours seek to capture attention in new, outlandish and sometimes misguided ways.

This was acceptable and profitable in the early days of social – when there were few platforms, a smaller user base, and a general nievate about social media. But platforms and technology have advanced. Consumers have found new and innovative ways to block your promotional content. And user-generated content is growing at unbelievable rates.

Competing for attention in an attention economy has become an extremely costly endeavor.

Faced with an ever growing amount of content and an infinite number of players vying for your customers attention – how then does a CEO connect with customers?

Change the Game and Avoid The Costly Race

CEO’s and CMO’s are likely familiar with some or all of the following scenarios.

Competing in this manner requires ever greater ad spend, ever greater social budgets, increasing amounts of time and resources to connect on a new platform.

Does this mean you should not engage? No, of course not. Every brand needs to connect and engage on social. And yes, a brand should be mindful of the emerging platforms, the trends, and their audience. But competing for “attention” is a never-ending circle that increases with difficulty as time goes on.

Brands who tap into the evolution of the attention economy will fair far better – and will often reverse the trend: having customers do the marketing for them.

It took smart marketers like Nike, and devious firms like Cambridge Analytica to understand and show us just how impactful it could be.

The evolution of attention, The Visiconomy

You stop competing with the attention economics.

Cambridge analytica showed us this. That yes, Facebook could be manipulated. But more importantly they showed us just how powerful the Visiconomy could be. That when our vision of the world (or people) is connected with in the right way, that it could motivate us better than any advertisement or political campaign could.

They choose to use this insight to shape elections. Brands like yours have the opportunity to do far better.

Nike as an example, has realized this impact as well. That the vision that we have of the world (or of people, situations, or stories) motivate us far better than ads do – and makes competing in the attention economy a thing of the past.

Love it or hate it – is exactly what they wanted us to do when it came to their Kaepernick content. You either saw their vision of that situation – or you didn’t.

They shared and promoted a story that was core to their brand vision. In doing so they connected with and motivated others whose vision was similar to theirs.

But wait – weren’t shoes burned on YouTube? Didn’t they lose customers? Yes they most certainly did. But this paled in comparison to the benefit they received.

Their stock hit an all time high shortly after the promotion. Over $6-billion+ in product was sold. And 170,000+ new people decided to follow their brand.

All from one story.

This is an example of the Visiconomy at work.

Simon Sinek talks about this in How Great Leaders Inspire – one of the top 3 Ted Talks of all time. About this talk itself – Simon Sinek’s talk was at a TEDx offshoot event and had but a tiny audience when he got up to speak. Look at the video quality. It’s terrible footage.

He didn’t need to compete with keywords, clicks, or flashy gimmicks on social. His talk is now the 3rd most watched TED talk of all time, he’s an influential public speaker and has sold millions of copies of his book.

This is an example of the Visiconomy at work.

There are far less examples of this than there should be. Brands have yet to tap into the power of this trend.

Again, Nike re-enforced The Visiconomy again when they shared their Serena Williams catsuit content – sparking 100’s of thousands of likes, shares, and millions of dollars in free PR and conversation in turn.

Sharing your brand’s vision and connecting with others who’s vision matches yours cuts through the attention economy. It is no longer a competition for clicks, likes, shares, impressions, etc., because you’re connecting with people on a deeper level.

As people become more overwhelmed with choices, content and platforms CEO’s must decide. Does your brand want to compete with others trying to capture attention in the attention economy? Or do you leverage your brand’s vision and share content and stories that connect with customers who share that same vision you do?

Here are 3 questions to ask:

Your brand has to power to motivate and inspire customers. Maybe even influence elections. Ultimately though it’s your vision and how you share that vision that matters.

share on Facebookshare on Twittershare on Pinterestshare on LinkedInshare on Redditshare on VKontakteshare on Email
Cahill PuilJanuary 23, 2019

Cahill Puil is an author, founder of Byte Media Group's - Digital Vision, and host & producer of The Know Your ICO Show. His team helps blockchain and technology companies build trust, credibility and get social proof with thought-leadership and PR. Cahill is a regular contributor to the CEOWORLD magazine.
view all posts