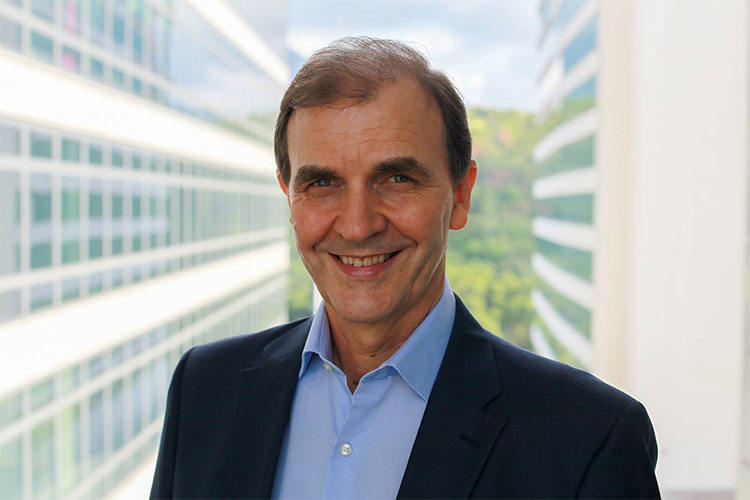 The Golden State Warriors domination of the Cleveland Cavaliers in the 2018 NBA championship series was cringeworthy. The 4-0 sweep makes us pause. It became clear that while Cleveland relied on Lebron James, the Warriors played as a team. When Stephan Curry fell flat, Kevin Durant and others stepped up. This was the battle of team vs. man; no contest.

In Super Bowl LII, Tom Brady and the stars at New England withered against the Eagles superior team cohesiveness, spirit and determination, led by Nick Foles, the back-up quarterback. As Philadelphia’s Head Coach Doug Pederson affirmed to the champions in the locker room after the title win, “An individual can make a difference, but a team makes a miracle.” This was the battle of team vs. stars; again, no contest

Conversely the lack of a sense of team is evident in politics today. Regardless of your opinion of President Trump, it is well documented that his charismatic and autocratic leadership style pits staffers against one another in well entrenched camps, breeding a Darwinian sense of survival at all costs and historically high turnover.

Most of us intuitively recognize the power of the ‘team’ in sports, proven over and over again by championship teams. The peril of the ‘anti-team’ in politics is also readily evident. Yet business leaders often don’t apply the lesson. Focus on building a sustainable “high performance team” often takes second fiddle to individual performance. Individual leaders are incentivized to deliver and perform, and the accolades of success often go to the leader or to individuals. The lack of attention paid to developing the team leaves team members fending for themselves. The upshot can be high turnover, backbiting, unhealthy competition and low engagement. Or, more commonly, a team which is not really a team, but just a group of individuals operating from their own silo agendas.

Why don’t most business leaders prioritize on building unbeatable teams? Based on 15 years of research working with over 100 leadership teams in Fortune 500 and Global Companies, I have found three primary reasons. The first has to do with insecurity; most leaders don’t know how to nurture high performance teams; they rarely learn it in business school, nor as executives rising through the ranks. If executives don’t possess the know how, they will be reticent to develop their teams. After all, being a team leader puts one on the spot, and the way in which an executive communicates, manages and interacts with the team is a highly visible affair, with many leaders opting to manage teams within their comfort zone. Therefore, the imperative for business leaders to become adept at nurturing their teams to high performance.

Next, most leaders haven’t translated championship sports team learnings to their own business teams, meaning they may not have experienced or know the power of a high performance team. Truly high performance business teams are rare, therefore leaders often are blinded by their lack of reference points. Yet stellar examples are well documented. The Alan Mulally story at Ford during the 2008 auto crises is a poignant example of the power of the team to turn around a business. Ford refused the government loans offered to GM and Chrysler, and still came out ahead in terms of sales growth, profitability and market share. It was CEO Mulally’s “One Team” culture, integrated throughout the company, that turned Ford from a laggard to a leader at the time. A truly engaged, effective, supportive, cohesive, and high-spirited team will consistently win.

Third, my research has shown that leaders don’t have a good measurement of high performance in a team. If you can’t measure it, you’ll be less likely to focus on it. This is why, based on our research we derived ten key elements of high performance teams, culminating in a score which we call the Team Quotient or “TQ”. Teams members can collectively measure their TQ to form a current baseline, focusing on the ten key elements, including vision, values, collaboration, effectiveness, results and more. Moreover, they have clear areas to work on and develop. Then 6 to 12 months later, they measure their TQ again, tracking progress. Having a collective measure to high performance works wonders for the team and provides the leader with a clear view of team performance. The aspiration to achieve high TQ is a compelling motivator for the team. The side benefit is that the leader is not always having to push team members. Rather, team members collectively pull themselves up to high performance.

Whether in sports or business, focus on the team is paramount. Somehow in business we have forgotten this. There is a better way. Many leaders experience that, when reaching a certain executive level, success becomes less about their own capability and more how to galvanize and motivate others. No matter how smart, talented, or experienced you are, true achievement only comes with getting others to execute, deliver and win, and creating a team with high TQ. The imperatives for leaders are clear; become a strong team leaders, realize the power of a high performance team, and measure your success.

Leaders are only as good as the teams they build.

tweet
share on Facebookshare on Twittershare on Pinterestshare on LinkedInshare on Redditshare on VKontakteshare on Email
Douglas GerberDecember 11, 2018

Douglas Gerber is Founder and CEO of Focus One, a consulting firm that helps leaders create High Performance Teams. After 23 years as a corporate executive, he developed a reputation for building successful teams. Later, as a consultant, he has personally worked with leaders from over 70 companies to develop their own winning teams. He is the author of Team Quotient: How to Build High Performance Leadership Teams the Win Every Time.
view all posts