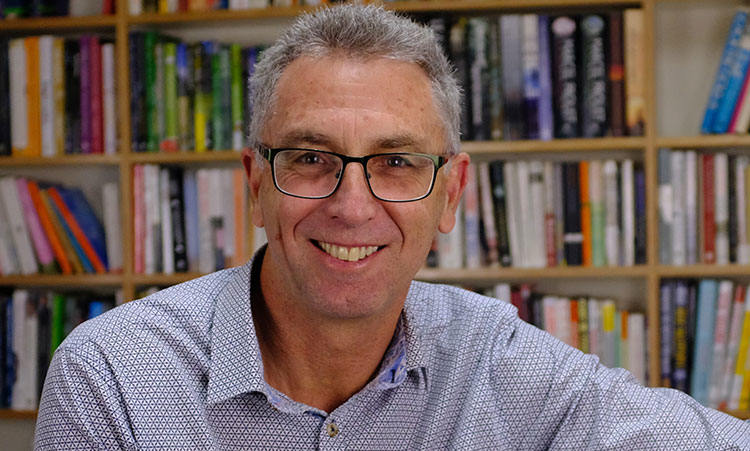 Effective leaders are not just good storytellers, they all use the same story plot! Effective leaders take their social group on a journey to a promised future. By definition, that’s a story, because a story is an unpredictable sequence of related events, a journey. And if you understand the leader’s storyline you can be an effective leader too.

The 2017 Gallup poll, The State of the Global Workplace, found that globally, only 15% of employees that work full-time for an employer are actively involved and enthusiastic about their work. Australia and New Zealand performed just under the global average at 14%, far behind the USA and Canada at 31%.  In Australia, 71% of our full-time workforce is unengaged and a further 15% is actively dis-engaged.

The benefits of higher engagement are laid out in the same survey. Companies in the upper quartile of employee engagement enjoy 10% higher customer metrics, 17% higher productivity, 20% higher sales and 21% higher profitability. Furthermore, Gallup found that 70% of the variance in engagement can be attributed to management. Specifically it points to a failure of leadership —failure to inspire engagement. What makes an effective leader?

The blogosphere is awash with opinion on that question. Business journals like Forbes, Harvard Business Review and INC routinely propose the top 5, 7, 8, 9, 10 or 15 attributes of effective leadership. You can discount most of these prescriptions with a simple thought experiment:

Think of an important leader that you do not like.

That is, a leader who has attracted a powerful following (is therefore effective) but you disagree with. If you’re having trouble, you may consider the meaning of the German word führer. With this despicable but effective leader in mind, we can discount most of the enumerated popular qualities: accountable, approachable, creative, decisive, empowering, team player, generous, high Integrity, humble, loyal, open-minded, organised, patient, personable, selfless, sincere, supportive and trustworthy. No doubt these are requirements for being a good person, a good manager even, but none is essential for effective leadership.

What remains? Focuses on a vision, stands resolutely against an enemy, is a credible guide. That’s it, those are the irreducible qualities of a leader. And this is the leader’s storyline, employing those qualities in five acts.

Something has changed and there is a problem. The leader clearly describes the challenge because we are psychologically disposed to think that whoever accurately describes the problem can solve it.

The rhetorical tool for claiming the role of guide is the personal story. Great leaders craft their personal story to position themselves as the obvious saviour and solution to the problem. The word ‘guide’ is important. The true hero of the leader’s story is each individual in the group. We all want to be heroes in our life and career stories —but we appreciate guidance and someone to follow.

The leader lays out a plan and paints a clear picture of the ‘promised land’. The Promised Land could be victory in war, safety from an external threat or abundance in times of scarcity. In business it could be winning market share, a successful IPO or a profitable acquisition. It can even be a nostalgic prize (make our country great, again).

An enemy is a crucial device in the leader’s story. We’re motivated to avoid pain and loss more than to seek out a benefit. The leader’s tool for overcoming inertia is the enemy, even if that means creating one. Clearly defining the enemy creates in-group loyalty and motivates the group to support the leader. The separation between the threat of disaster and the sweet promise of success gives the leader’s story tension and energy.

The story ends with the leader triumphant, leading the group away from disaster to the Promised Land. In business, a practiced leader can iterate the story with successive milestones to success navigating a sequence of leader’s stories.

You probably recognize the story. It’s the plot line of most movies and novels. From Star wars to Karate Kid, it’s our favourite story and it never fails to engage us.

On the 25th of May 1961, President John Kennedy addressed the US congress. America was losing the space race to the Soviet Union, which had launched the first satellite four years earlier and just put the first man in orbit [change/challenge]. Kennedy explained that America was fighting cold war insurgencies all over the globe against ‘adversaries of freedom’ [enemy] and was losing its global leadership position. Kennedy proposed putting a man on the moon before the decade was out and that such a feat would signal a great new America and the ‘key to our future on earth’ [Promised Land]. Kennedy went on to spell out how the obstacles would be overcome. [Plan].

Effective leaders are storytellers. They enact the leader’s story, vanquishing the enemy and leading their people to the Promised Land. Leading that journey is not for everyone but if you aspire to lead significant change and inspire engagement then craft your leader’s story.

Most Wanted Luxury Hotels In The United States For Its Hi-End Travelers
Top 100 Best Executive Search Firms And Consultants That Dominate The Recruiting Business
The World’s Best Airlines For Business Travel In 2017
Best Websites For CEOs, Senior Executives, And entrepreneurs

tweet
share on Facebookshare on Twittershare on Pinterestshare on LinkedInshare on Redditshare on VKontakteshare on Email
Mike AdamsNovember 28, 2018

Chief Storyteller and Co-founder at Growth in Focus. Mike Adams is a business storytelling specialist and author of Seven Stories Every Salesperson Must Tell. Mike has managed sales teams in the UK, Russia and throughout Asia for international corporations such as Schlumberger, Siemens, Nokia and Halliburton and has sold over a billion dollars of products and services over his career. Since 2014, Mike’s storytelling consulting practice has been helping sales teams find and tell their best stories.
view all posts