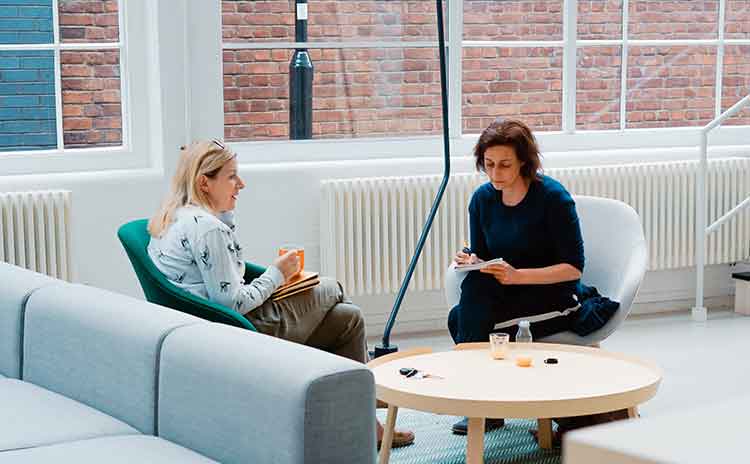 Golden Balls is a British game show that aired until 2009. The final round featuring negotiation is the part of the show that should pique the curiosity of any corporate executive. This portion of the program is a derivation of a strategy exercise called Prisoner’s Dilemma, designed by a couple of RAND mathematicians to demonstrate how two rational people might find themselves at odds with each other even though it seems to be in their best interests to collaborate.

In the TV show, two contestants accumulate a certain amount of money, then go into the final round where they must choose either a golden ball with the word “split” inside, or one with the word “steal.” If both choose“split,” they split the winnings. If both choose “steal,” they go home with nothing. If one chooses “split” and one chooses “steal,” the contestant choosing “steal” gets all the money.

The drama in the game is the negotiation between the two. The essence of their options could be described as silence/compliance, guarantee, and bait and switch. Knowing how to manage these options can help you strategically in business interactions, particularly enabling you to establish control during a negotiation.

The premise of the Prisoner’s Dilemma is that two people are apprehended during a crime. The twist is that these two may or may not have committed a worse crime. Authorities separate them and then try to press each one into divulging incriminating information about the other. Their options are:

None of these options is chosen on the basis of facts; the game is about strategy. A critical factor is that a “prisoner’s”ideal option is cooperating only if he has no control over what his companion does.

But you can have control.

Prisoner’s Dilemma forces people to choose between the good of the group and the good of the individual. Why would any rational person in such a negotiation choose to cooperate when he has so much at stake? He wouldn’t, unless the benefits of collaboration were abundantly clear.

On a grand scale, a dramatic example is the deal that the oil company BP made with the US Department of Justice over the Deepwater Horizon blowout on April 10, 2010. After 11 people died and 1,300 miles of coastline were fouled, BP and DOJ chose “split,” allowing each to take home prizes, ostensibly of comparable value. DOJ walked away with a multi-billion-dollar settlement, political capital, and good media coverage over it’s supposed win. BP held on its ability to exploit future oil and gas leases in the Gulf of Mexico and other US-controlled areas. The company also pulled a “get out of jail free” card for senior executives and was allowed to pay its “bill” over more than a decade.

The options play out in common business challenges on a routine basis. Consider what two competing outdoor stores might do in a small town. They have nearly identical inventory and pricing. What are their options:

The lowest-risk situation for both companies is to forego advertising, but both see that advertising will bring in more customers. They have an incentive to agree on what to do, but no obligation to honor any agreement. Unlike the prisoners, they have the advantage of being able to talk to each other.

Underlying Prisoner’s Dilemma is a paradox. People are often willing to hurt themselves when they are selfishly focused on their own well-being. Whatever industry you are in, consider under what circumstances you or your senior executives have the option to “split”or  “steal.”

Here’s a highlight from the game show. Spoiler alert: It is the one strategy in which a negotiator in this context can establish dominance.

Man A has a plan and his face blooms with confidence. He announces to his competitor that he is going to pick the “steal” ball.

Man B cannot believe his ears. Splitting the pot would give each of them a lot of money.

Man A tells B to pick the “split” ball and promises to divide the money between them after the show.

Man B is incredulous. Why should he believe him?

By saying he will steal, A establishes dominance. If B presumes A will stick to his word, he would never play  his “steal” ball because both would lose. If he chooses “split,” at least there  is a chance that he will get half the money after the show. And if he chooses to split and A does a turnaround, he gets half the money anyway. He is boxed in.

When Man B realizes he is in a potentially no-win situation, he agrees to split.

Man A then chooses “split.”  His bait-and-switch plan worked.

Whenever you enter a negotiation, consider all the ways you can take control of the conversation. Sometimes, if you are in a Prisoner’s Dilemma, you might have just one: threaten to “steal.”

tweet
share on Facebookshare on Twittershare on Pinterestshare on LinkedInshare on Redditshare on VKontakteshare on Email
Maryann KarinchNovember 27, 2018

Maryann Karinch is an author, literary agent, and communications consultant. She earned her B.A. and M.A. degree, both in Speech and Drama, from The Catholic University of America. She’s written 20 books about interpersonal skills and coaches executives in them. Maryann Karinch and James O. Pyle are the authors of "Control the Conversation: How to Charm, Deflect and Defend Your Position Through Any Line of Questioning".
view all posts