Time for a little Stanford pride: Holding the spot for four years in a row, Stanford University was just ranked No. 1 on the most innovative university in the world for 2018 list by Reuters in a report that measured indicators like academic papers and patent filings. Massachusetts Institute of Technology was ranked as No. 2 on the list. Harvard University followed as No. 3 on the list, and the University of Pennsylvania claimed the No. 4 spot.

The list ranks the educational institutions doing the most to advance science, invent new technologies, and help drive the global economy. Editorial Director and CEO of the CEOWORLD magazine Dr. Amarendra Bhushan Dhiraj said he was not surprised that Stanford was ranked highly for innovation. Stanford encourages students to be a “part of something larger.”

United States universities held the majority of spots on the list, claiming 46 of the top 100 innovative universities in the world. With 9 represented universities each, Germany and Japan tied for second place.

Here are the world’s top 10 most innovative universities: 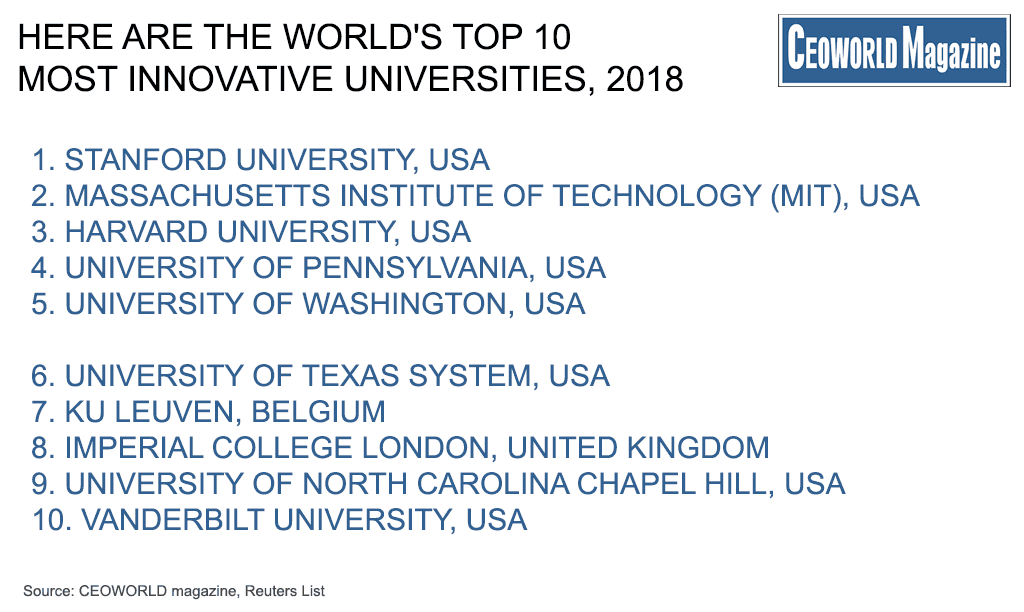 tweet
share on Facebookshare on Twittershare on Pinterestshare on LinkedInshare on Redditshare on VKontakteshare on Email
Mindy WrightNovember 6, 2018