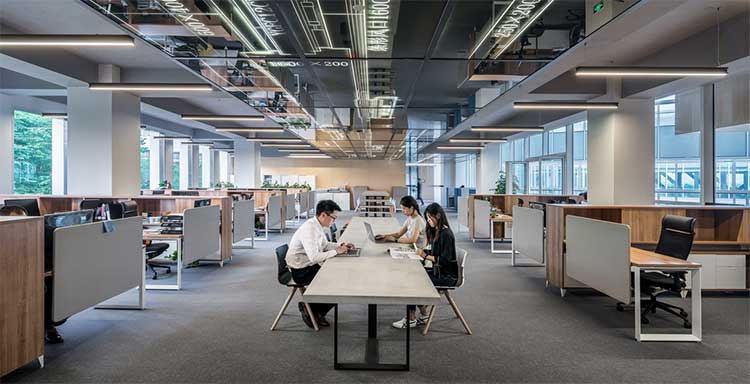 In many of the companies that I have consulted with they try to limit the amount of recognition they are willing to give to their staff, many believing that you should only reward great results and they certainly don’t like to recognize effort.

They honestly believe that you should not recognize people just for doing their job, as this exactly what they are paid to do.

Personally, I just cannot subscribe to this type of thinking, which is much more common than it should be.

It’s my firm belief that people’s salary is something you pay them just to get them come to work and then it’s your job, as their leaders, to inspire them, motivate them and get them to do a great job.

Great results all starts with recognition, and the beauty of recognition is that it costs us nothing, nothing at all, and yet the payback can be significant.

Recognition lets people know that we value their contribution, that we see what they do and that their work is important to us.

Recognition can start with something small; as Ken Blanchard says in his book Gung Ho if nothing else we can start by recognizing people’s birthday to start a culture of recognition.

It’s the culture of recognition, which is a key step on the road to creating a Winning Culture.

Many people have told me that we shouldn’t praise mediocrity; we should only praise outstanding work.

But look at how we encourage our children to walk; their first faltering step is met with huge rounds of encouragement.

No, they didn’t just run a marathon, they took a small step and then fell, yet we cheer them, we call our partners, our friends, our parents to look at this small wonder and encourage them to do it again.

Why do we do that?

It’s because we know it’s their first faltering step and that with our encouragement, our support and our help they will be encouraged to try again, to try to take another step, maybe two or three until eventually, they can walk and even run.

So why don’t we take that approach with our teams?

Why not encourage a first faltering step, we don’t need to go overboard, we can praise the effort and tell them that maybe next time it will get better.

Let them know that we appreciate their effort, let them know in an encouraging way that we expect it will better next time and we will be watching and will be there to encourage them.

Whilst I am sure that there will be many skeptics regarding this approach, it is something that I have successfully done on several occasions at several companies.

At one company we started to measure the level of service that we delivered to our customers against the levels that we had committed to deliver.

At first, the level of service measured was low, the reports inaccurate, but at least the team was prepared to try to at least measure the reports.

Initially, 0 percent of the services were meeting the required/agreed level.

So the first round of recognition to the team was for taking the time and effort to create the reports, to understand the process of measurement and to produce the reports on time.

Nearly all of the reports contained errors as the process was new and the team was learning.

For the next month, the level of services meeting the required level was still 0 percent.

But at least all of the reports produced were accurate, even if they still failed to meet the required level.

So we provided positive feedback to the team on the accuracy of the reports. This was important to us, because it implied people were taking the approach seriously and wanted to improve the situation.

Over the next few months, the service quality improved with around 30 percent of services meeting the agreed service level.

For those individuals whose services met the required level, we provided positive feedback and recognition for this achievement, in reviews with their peers and their manager.

Over the next few months the percentage of services, which met the required level, rose to over 50 percent. As the bar was being raised it required more improvement to gain the recognition at this point. Individuals were only provided positive feedback for meeting the required level 3 months in a row.

When the first team to have all their services meet the required level for three months in a row we gave them a small bonus; this reinforced how important this was to us.

That bonus also acted as encouragement to the other teams who now looked to improve their performance until all their services were at the required level.

We continued on this path, with positive feedback and encouragement and even set the annual team targets, for which they received a bonus, at 80 percent of the services meeting the agreed level for the entire year.

Now everyone had seen that improvement was possible, knew what was required to improve the service and could see the reward for getting their services to the agreed level.

That year every single team achieved the target.

One team even achieved 100 percent for the entire year and in recognition of that, we provided a small additional bonus, nothing excessive just a small team event to show our appreciation.

The following year we set the target at 90 percent and again all teams met that target, and overall we achieved a record level of 95 percent.

This significant improvement all started with us recognizing the team for delivering reports that showed our performance level was rock bottom.

But we had initiated a culture of recognition; we provided positive feedback for the small steps, constantly raising the bar for reward and recognition until we had achieved a performance level of 95 percent.

I think that ‘reward and recognition,’ and especially, recognition are tremendously powerful tools that we can use to drive excellent performance and use to create a winning culture.

It starts with recognizing the effort, as it is the effort we want them to repeat, as its the effort that leads to the results.

Have you read?
World’s Best Countries To Invest In Or Do Business For 2018
RANKED: The World’s Top 10 Richest Countries (2017-2027)
Revealed: Top Rated Visitor Attractions In Every Country In The World
The World’s Safest Cities Ranking, 2018

tweet
share on Facebookshare on Twittershare on Pinterestshare on LinkedInshare on Redditshare on VKontakteshare on Email
Gordon TredgoldNovember 2, 2018