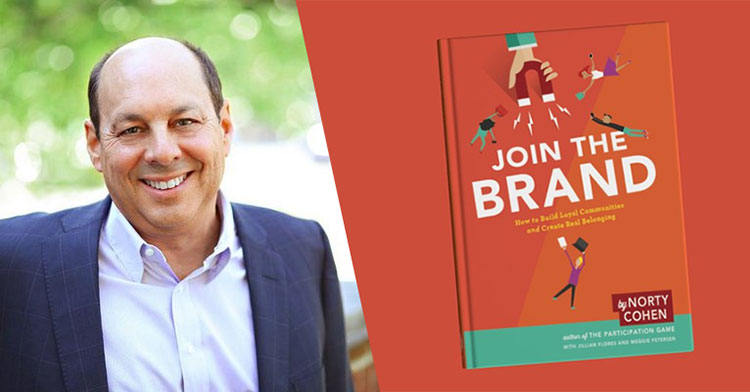 The concept of “Raving Fans” was developed in 1993 by Ken Blanchard and set the tone for brand “fans” today.  In the best-selling book, he tells the story of falling in love with a hotel chain. It started with a problem that was solved through intuitive service, empowerment, dedication but most of all, passion.  It’s the launch pad for customer relations that everyone understands –  selling 25 million copies in 25 languages.

Twenty-five years ago, word of mouth was people talking about your business to a few people within earshot.  That escalated to a whole new level with the proliferation of smart phones.

Once consumers could talk back to their favorite brands, other fans and friends in real time, a new spectrum of “fandom” evolved beyond sports teams and celebrities.

The value is undeniable.   Our research shows that word of mouth from anyone – but especially friends and family, is 2.5X more likely to create adoption than TV, YouTube and Facebook/Instagram ads combined.

Influencers. Anyone from celebrities to everyday people who will gladly take a check to “endorse” you to their followers.

In reality, it’s actually just another form of advertising – an influencer is no different than an ad, if you have to keep paying to prime the pump.

There are many ways to spend your advertising dollars.  It’s your checkbook. However, after asking more than 10,000 consumers how and why they adopt brands every year since 2013,

I can tell you this:

I would rather take a statistics test than talk to an influencer company salesperson.

At least we’d get a finite answer (albeit mine was like a 79%.)  The influencer company can promise reach – that will ultimately be achieved by purchasing media at their discretion. Point of reference:  they’re paying to play just like any other advertiser except they are spending a percentage of your budget.   Influencers are reaching fans alright – theirs.  You need your own.

All Consumers Are Influencers

Fundamentally, all consumers are influencers. It’s your job to create and nurture a community of fans around the business you are building. Purchasing someone else’s endorsement is a shortcut that ultimately won’t save you time or money.

Creating a community around your business and getting your own fans talking about you will have a resoundingly stronger impact. It’s your network and you can increase its equity by nurturing its growth.

Creating your own list of consumers will serve you over and over again. Would Disney or Amazon ever buy influencers?

They own their lists. And you can, too.

Here are the five steps to becoming an owner vs renter:

1) Build Your Audience On Platforms You Own.

Social platforms will continue to change daily. Building your audience solely on social channels will not completely optimize your brand.  Our research shows that company websites, email and texting are consistently strong ways to build dialog with consumers.

Our 2019 survey asked 1,000 millennial consumers how they connect with their favorite brands on their smartphones – here’s what they said:

The first two are pay-to-play mediums. Brand websites and email are sunk costs and on a per transaction basis, relatively pennies.

2) Your Business Plan Has To Include Building A Community.

Buying a presence on social media is like treading water.  You’re not going to get to shore, but you won’t drown either.  Ultimately, cultivating loyal customers on your site and personal messaging via email or text will be the difference between renting and owning.

We’ve seen social platforms change the rules every year.   You own your website.  It’s your data base.  The more attention you give it, the faster you’ll grow friends of friends and have your own community.

Loyalty can only be guaranteed by fans who have exchanged data through personal connectivity.  Email as a connection platform can be cost-effective and personalized and most companies either nurture it or ignore it.

One of the keys to connecting with customers is doing it on their terms.   As we looked at communities – we saw consumers forming their own groups – everything from Fantasy Football to Women Who Whiskey.

Own Don’t Rent Your Fans.

We can look at marketing as falling into one of two camps:  one-way or two-way.

The two-way camp means you’re having conversations and getting real information about what your customers want.   It won’t take long to make them into repeat buyers.

Before long, you won’t be buying loyalty, you’ll be earning raving fans.

Have you read?
World’s Best Countries To Invest In Or Do Business For 2018
RANKED: The World’s Top 10 Richest Countries (2017-2027)
Revealed: Top Rated Visitor Attractions In Every Country In The World
The World’s Safest Cities Ranking, 2018

tweet
share on Facebookshare on Twittershare on Pinterestshare on LinkedInshare on Redditshare on VKontakteshare on Email
Norty CohenOctober 29, 2018

Norty Cohen is the founder and CEO of integrated marketing agency, Moosylvania. He is the author of two books, The Participation Game: How the Top 100 Brands Build Loyalty In A Skeptical World, Ideapress Publishing (September 19, 2017) and Join the Brand: Building Loyal Communities and The Need For Belonging, Ideapress Publishing (September 24, 2018). He is a former owner and founder of Hatch Research, a global research consultancy.
view all posts