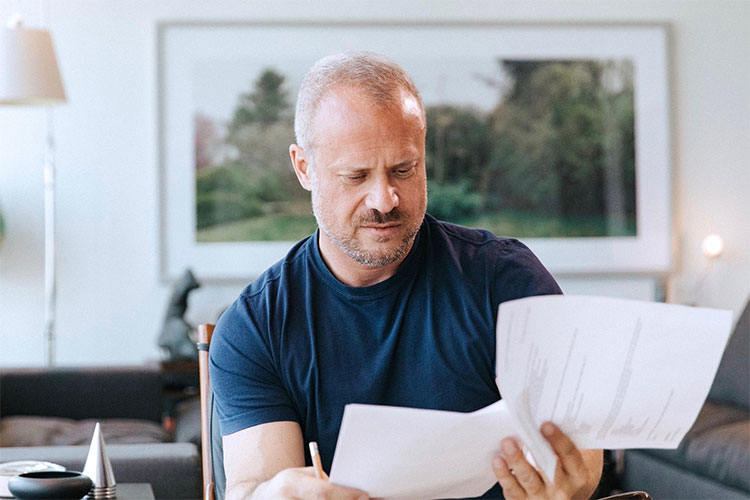 Here’s a challenge for you. You work for a menswear manufacturer with a reputation for producing men’s shirts. You’re looking to develop a new brand that will stand out in your marketplace. What do you do?

Do you try to create a shirt that will appeal to millennials? A shirt designed specifically to knock the socks off baby boomers? Perhaps even something for Generation X?

Here’s the problem with all of those approaches: being the same age doesn’t make people like the same things.

In hindsight, this should be obvious. We all know people who were born in the same year but have completely different values and preferences. Of course that’s the case. Yet marketers don’t seem to have caught on to what we all know to be true. Companies of all kinds persist in trying to sell products based on nothing more than the number of candles on their target audience’s birthday cake.

Valuegraphics is a far more complex and detailed method of measuring what matters to entire audiences of people. To date, more than 75,000 Valuegraphics surveys, with as many as 340 questions, have been analyzed. From these surveys, we’ve created the Valuegraphics Database.

As it happens, some of the weakest data clusters in the Valuegraphics Database, where very few people agree about anything, are those based on age:

The Valuegraphics Database proves that people of the same age do not agree about much, ever. Yet we still keep using age to make decisions about how to spend our organizational time and money.

What we value, what makes us human, is how we decide what actions we will take today and tomorrow. If we can start planning, building, and designing a world for people with shared values instead of shared birthdays, we will all end up agreeing far more on everything than we do today. That sounds like a better world to me.

Marketing Shirts Based on Valuegraphics

Okay, so we know that age is a lousy way to determine what people agree on. Now let’s imagine how that might play out as we design our new line of shirts.

For the sake of this experiment, our target audience is forty-six-year-old men with white-collar jobs. They are married, and they make $200,000 a year. That’s a fairly concise demographic description of a desirable audience for men’s shirts. Can we launch a new brand based on this information? I can pretty much guarantee that someone somewhere today is tackling this issue. Let’s consider some options.

Forty-six-year-old, white-collar men making $200K must be working in an office, so they are probably in suits all week. On the weekend, they like to have fun, so we could logically propose a new line of shirts called Antidote in colors that are an antidote to traditional office palettes of blue or white.

Antidote shirts will be brightly colored and feature fairly aggressive but masculine patterns. The weekends are when these deskbound executives are permitted to ditch the work uniform and really express their personality that the corporate dress code requires them to keep under wraps all week.

Alternatively, we could launch a line of shirts called FormFunction. This line of shirts is made with technical fabrics, and they’re designed to resemble classic menswear staples. Customers can choose between a golf shirt, a button-down, a T-shirt, and a sweatshirt. They are available in solid blue, grey, or white, so they pretty much match anything already in the customer’s closet.

What makes the FormFunction line interesting is that these shirts are designed to go from the gym, to brunch, to the grocery store, and finally the backyard barbecue without needing to be changed. That’s because the fabric actually kills the bacteria that makes sweat stink. Forty-six-year-old, white-collar guys don’t want to be changing shirts all day long on the weekend. They don’t want to think about what they are wearing on the weekend at all. They want to grab something and go. Guys hate all that fussing around with clothes.

These are both great ideas. But you know what else we could do? About a hundred other things, many of which would be good ideas too. But what if we knew the Valuegraphics for your audience? As a hypothetical example, let’s say the vast majority of our audience fit into a Valuegraphics Archetype called the League of Workaholics.

We know all kinds of things about the League of Workaholics, but let’s focus on these three:

Can you see where we’re going here? Knowing the age of our audience and taking a rough guess at their lifestyle enables us to come up with some ideas they might like, but we’re essentially guessing. Knowing that they belong to the League of Workaholics provides us with far more precise parameters to work within.

Given the three Valuegraphics data points described above, here’s my suggestion for a new line of shirts for our specified audience. We launch a line of shirts called Golden Truth, made of the most expensive cotton-linen blends in the world and costing twice as much as any other shirt available on the market today. The craftsmanship needs to be exceptional, as these are more than shirts: these are status symbols meant to communicate the success of the wearer. To justify the price, each shirt comes in its own monogrammed shirt box made of cedar, and a line of text is embroidered on the right shirt cuff, just above the edge—discreet enough that it doesn’t feel flashy, but it’s there if you look for it.

That line of text on the cuff is personalized for each customer (these shirts are not off the rack; they must be made to measure) and features a favorite motto or saying of the shirt wearer—his own Golden Truth. These lines of text are embroidered with real gold thread, of course, so the customized feature of the shirt is quite literally jewelry that memorializes the words of wisdom of the man wearing the garment.

Can you see how this idea appeals directly to what we already know about the League of Workaholics? It taps into their materialism, fits neatly into their existing wardrobe, and meets their need to be recognized for their success. For a shirt company with designs on selling shirts to these workaholics, green-lighting this idea looks like a no-brainer.

It’s not that age is completely useless for assessing what matters to people. It’s that it’s dreadfully insufficient. People of the same age disagree on far more than they agree.

We should not make assumptions about any target audience based on how old they are, how much they earn, or anything else except their values. It really doesn’t work, and it wastes precious time and money.

The first two shirt ideas described above, Antidote and FormFunction, might be successful, and they might not. But as soon as we know the Valuegraphics of our shirt buyer, the third idea, Golden Truth, becomes a pretty safe bet. We can say with a lot of confidence that those shirts are destined to become highly sought after by the target audience they were created for.

That’s a brief demonstration of how Valuegraphics offers a level of precision that traditional age-based demographic stereotypes never will.

The following is adapted of “We Are All the Same Age Now: Valuegraphics, The End of Demographic Stereotypes,” a book about Valuegraphics and the end of demographic stereotypes.

# These Are The 75 Most Innovative Universities In The Asia-Pacific, 2018.
# RANKED: The World’s Top 10 Richest Countries (2017-2027).
# Top CEOs And Business Leaders On Twitter: You Should Be Following.
# World’s Best Countries To Invest In Or Do Business For 2018.
# Most Wanted Luxury Hotels In The United States For Its Hi-End Travelers .

tweet
share on Facebookshare on Twittershare on Pinterestshare on LinkedInshare on Redditshare on VKontakteshare on Email
David AllisonOctober 19, 2018

David Allison is a bestselling author, international speaker, and the founder of The Valuegraphics Database, the first dataset that measures what everyone in the world really cares about. His mission is to end the use of demographic stereotypes, advocate for values-thinking as the new best-practice for organizational decision-making, and change the way we look at the world. His most recent book, We Are All the Same Age Now, was the global marketing and consumer behavior #1 best-seller within 24 hours of its release. INC Magazine named it one of the top ten Leadership Books of the year, and Kirkus Reviews called it "a genuinely original contribution to marketing literature." David Allison is an opinion columnist for the CEOWORLD magazine. Follow him on LinkedIn.
view all posts