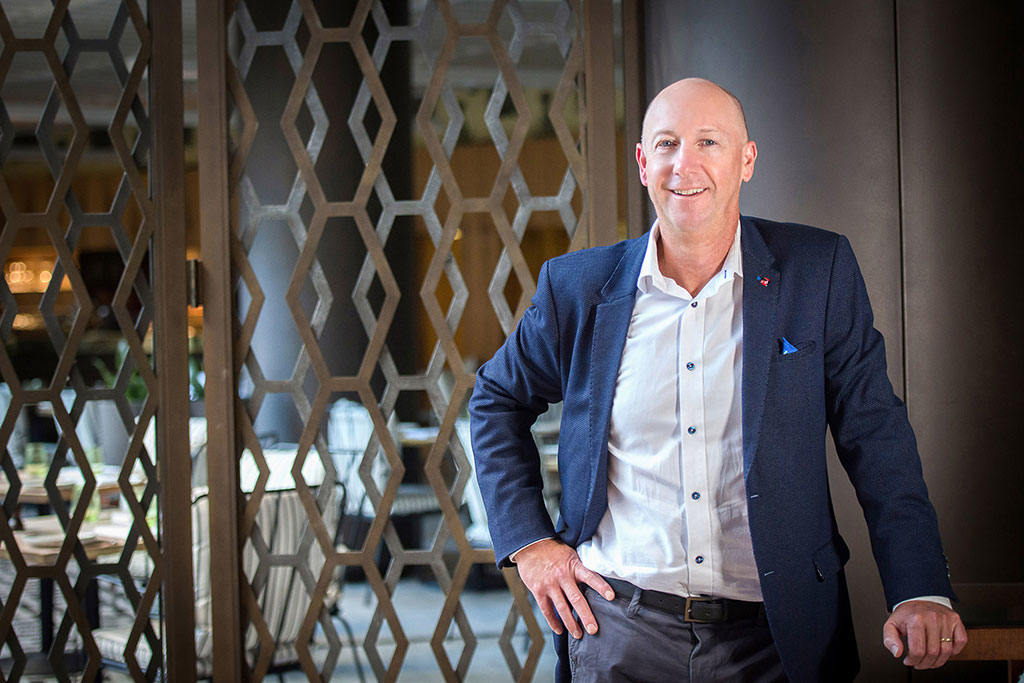 The old saying that a picture is worth a thousand words has survived more than a century after first appearing in newspapers in the early twentieth century. Why then don’t we use imagery more to influence?

We are happy to write a thousand words for a reason. It could be anything from a business case, a project update or an incident report. Yet, so often, all we use are words. Sometimes, because the subject includes lots of numbers we include a chart. Nice, but only a fraction of the power of imagery.

One of the core rules of influencing is to stand in the shoes of those you wish to influence. So you understand them. Use of imagery is for the opposite reason. It is so they understand you!

Here is an example. Let’s say I told you I drove to work today. If you were meeting me for the first time you would probably picture a vehicle based on how I look — that is, your initial perceptions of me. If I was wearing a suit you might imagine me in a nice sedan. If it was an Armani suit, you might picture me in a high-end vehicle, maybe a Ferrari if I looked swish enough or a Rolls-Royce if I was particularly affluent and distinguished looking. If I wore a high-visibility vest and work boots you might imagine a utility vehicle.

That is a simple example of someone painting a mental picture. As a CEO you are often influencing people about complex subjects or to gain buy-in to new ideas. If you have not painted a picture for them, they will paint one for themselves. They are constantly imagining.

If you don’t paint them a picture, they will paint their own. And it may be markedly different.

Pictures can capture complex meaning in a snapshot. One of my favourites is the one shown here. I use it to explain that if you are not inside the tent, you are not seen as being on the same team and you are not given access, time or are not listened to. The drawing can be used to help everyone from sales staff to the HR department. 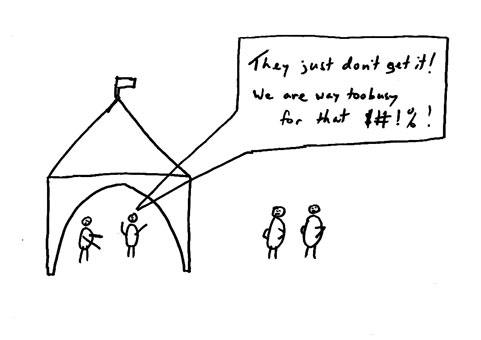 Imagery also can be used to stir emotion. It is why charities mail photographs of those they are wanting to help when they are appealing for donations.

Why is this important? Because our emotions heavily influence our decisions. In fact, if someone is emotionally attached to an outcome, unless you can shift them you cannot convince them with logic. You have to shift their emotions. 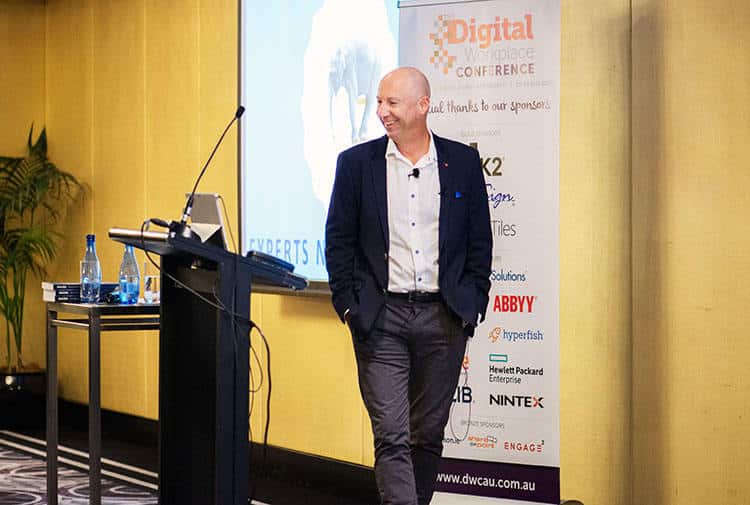 Images, especially if hand drawn, help us remember things. The act of drawing has an impact on the brain. Often quoted research has shown that the retention rate for information presented without pictures or diagrams is 10 per cent after three days, while for the same information with pictures or diagrams, the retention rate increases to a whopping 65 per cent — six and a half times that of the information-only approach.

But I can’t draw

As evidenced by my drawing of the tent scene, I can’t draw either. However, research also shows that when it comes to drawing diagrams, the quality of the diagram has no effect on a person’s ability to remember it.[1] So I scratch up diagrams as best I can and then watch as people engage with them. Sometimes nodding profusely. Sometimes pointing at a part of the diagram while articulating a point or asking a question.

And here is the final lesson. Imagery helps facilitate the conversation and your best influencing happens during a conversation.

[i] Jeffrey D. Wammes, Melissa E. Meade & Myra A. Fernandes, The drawing effect: Evidence for reliable and robust memory benefits in free recall. University of Waterloo. April 2016. The 2018 CEOWORLD Magazine University Rankings ranked the university 220th in the world and eighth in Canada.

# You Don’t Need To Be A Rock Star To Be An Effective Leader by Bryan Whitefield.

Bryan Whitefield mentors executives in organisations to increase their influence and improve decisions across their organisation. He is the author of Winning Conversations: How to turn red tape into blue ribbon and delivers his Persuasive Adviser Program across all sectors of the economy.
view all posts