CEOWORLD magazine - Top Stories - Executive Education - Why You Need an Exit Strategy, Even If You Plan on Owning Your Business Forever 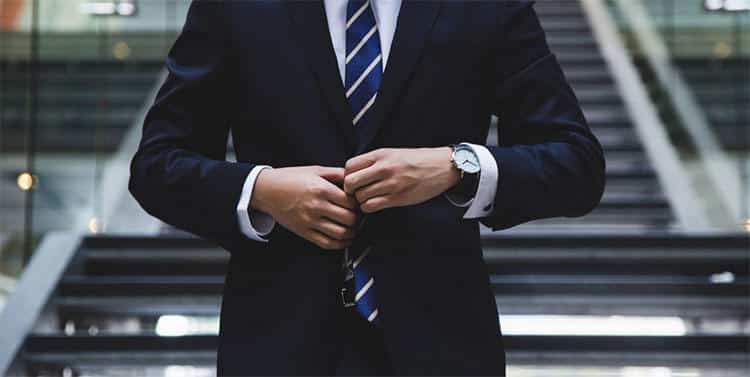 To a new business owner the words “Exit Strategy” are akin to “quitting.” The majority of new small to medium business owners are so wrapped up in the passionate phase of growing and scaling their businesses, getting out doesn’t even cross their mind.

They have a romantic notion that they will still be actively working in their business throughout their golden years, passing on their company to their children and grandchildren.

Take the example of Rene, who my business coaching company recently began working with. When Rene first launched her company she, like many business owners, hadn’t even considered what her exit strategy might be.

Her company began by making wool knit pants for babies and children as a hobby, and it quickly became apparent that her eye for design and bold color choices were getting her noticed. She started with a successful e-commerce site, and then began getting request for wholesale pricing. By year two she had landed a few large contracts and secured a few international distributors interested in her product line.

She was on top of the world and had sales of over $4 million by year three.

But as time went on, she began to experience symptoms of fatigue and burnout and wondered if she could continue at the same growth rate for much longer. She was still growing at an exponential rate, but found herself wrapped up in the day-to-day tasks of running a successful business and wasn’t able to put her focus on more important tasks like scaling.

When someone asked her what her “exit strategy” for her company was she froze. It was a question that had never even crossed her mind. No one had ever posed the question and she was so caught up in scaling her business, the thought of leaving it was inconceivable.

If you are like Rene, the idea of an “Exit Strategy” might be something that has never made it into your realm of possibilities. Do you have an exit strategy for your company?

There are 3 main exit strategies to consider.

Note: Many business owners assume that there is only one exit strategy: selling. But an “Exit Strategy” may or may not mean actually selling your business. In fact, many business owners choose to stay actively engaged. What’s the critical distinction? Continued involvement is a personal choice, not a business requirement.

When it comes to “Exit Strategies”, selling your business is the option that most people think of. You have spent years building a valuable asset with a clear market value. So being able to harvest that equity and walk into the sunset seems like a very appealing outcome to many overworked and burnt out business owners. You may find yourself dreaming of throwing your cell phone into the ocean and sailing away on your newly purchased yacht…..

And for many, that’s a reality.

Take the case of my friend and co-author of SCALE Jeff Hoffman. After college, Jeff started his first software company, CTI, and grew it into a thriving innovator in the travel industry. He strategically positioned the company to be bought out by one of the industry’s major players, which is exactly what happened. American Express acquired CTI for more than $10 million.

Since that time, Jeff has gone on to build and later sell other successful companies, including his biggest success to date, co-founding a travel site you may have heard about–Priceline.

Note: This option does take some strategy and planning, often taking a year or more to tighten up the business financials and find the right buyer. Generally speaking, selling your business isn’t a quick solution.

The second “Exit Strategy” may not seem like an exit at all. You may decide after a few years that there is such growth potential in your business idea, that you stay firmly and actively involved in scaling the business. So in the case of Rene, she might make another 5 or 10 year commitment with the end goal being a business with $20 million in sales a year. Her decisions, time invested and strategy will all revolve around growing her business and increasing it’s value. She can then decide what the next step will be in the process.

This third “Exit Strategy” is a very popular one amongst our business coaching clients and for good reason. This option is based on your ability to create an owner-independent company through a mixture of company culture, systems and controls. The owner over time will no longer be responsible for putting out fires and dealing with the day to day tasks involved with running a business. Once you’ve grown your business to be owner-independent, you can transition to a more passive role–owning the company.

Rene has actually chosen a two-tiered approach to her “Exit Strategy.” She is planning to scale and grow her business over the next five years, with a focused goal of creating an owner-independent company with more value. She will then own the clothing company passively, while traveling the world and spending time with her grandchildren. Not a bad way to “quit” if you ask me!

So what is your desired exit strategy?

CEOWORLD magazine - Top Stories - Executive Education - Why You Need an Exit Strategy, Even If You Plan on Owning Your Business Forever

tweet
share on Facebookshare on Twittershare on Pinterestshare on LinkedInshare on Redditshare on VKontakteshare on Email
David FinkelOctober 9, 2018

David Finkel is the author of 12 business books, including his newest release The Freedom Formula. He is the co-author of Scale: Seven Proven Principles to Grow Your Business and Get Your Life Back (written with Priceline.com co-founder Jeff Hoffman), and a respected business thinker. Finkel's weekly business owner e-letter is read by 100,000 business owners around the world each week. Finkel is the CEO of Maui Mastermind, a business coaching company. Over the past 20 years, Finkel and the other Maui coaches have personally scaled and sold more than $2 billion worth of businesses. David Finkel is an opinion columnist for the CEOWORLD magazine.
view all posts