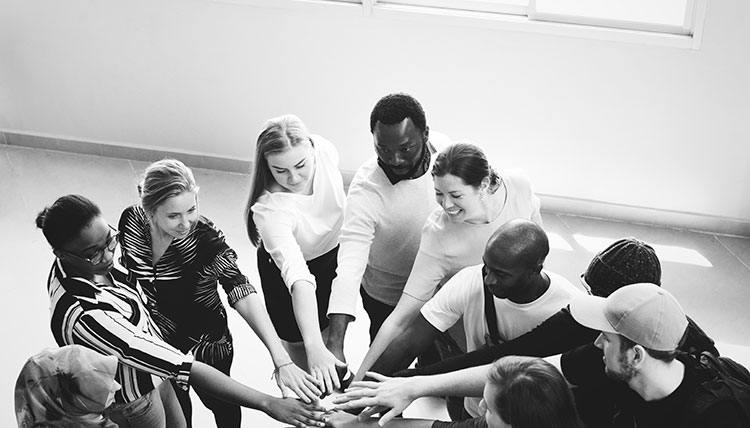 In the 2018 HBO series “Hard Knocks” there was a moment that highlights why coaching in sports is so often used as a correlation in business.  In the 2nd episode Corey Coleman, a player for the Cleveland Browns, approaches the head coach and says, “IF y’all don’t want me to play, why don’t you just trade me?”  In the following days, that is exactly what happened.  The Browns traded Cory to another team.  By making that statement he showed the coach that he did not have right mindset to fit in their culture.

The coach was willing to sacrifice the short term pain of not having enough key players, for the gain of having a coachable and committed player with the right mindset.  In business leaders struggle to make the same sacrifice.  The difference between leaders and great coaches in business, is that great coaches are willing to commit to creating and living in a coaching culture.  All leaders have the ability to create a powerful coaching culture but to do this a leader must change their mindset to a coaching mindset and culture.

A leader must go beyond knowing what to do and start doing what they know should be done.  There are three simple things a leader can do to create their own coaching culture.  First they must commit their mind and their calendar.  Second they must have a team of only coachable and committed employees.  Third they must teach, practice and hold team members and themselves accountable to this coaching culture- forever.

A leader’s committed mindset and calendar:

Many leaders want to coach their employees on their soft skills but don’t for several reasons- the most common excuse is lack of time.  Leaders are busy everyday, so there is ‘no way to fit coaching in’.  Coaching must become the core of a leader’s priorities and calendar.  To start a leader does not need to worry about knowing everything about coaching or being better than their team members, a leader just needs to start.  A less than perfect coaching program is better than a perfect managing system without coaching.

The calendar of a leader needs to reflect this mindset.  A leader needs to schedule weekly practice meetings- in most cases these meetings can replace weekly staff meetings.  They also need to schedule weekly one on one sessions and field days with their team members.  When this is done, most of a leaders time will be spent with their team leaving the other ‘urgent’ tasks to be delegated.  A leader spends time with the most important asset- not their computer or phone, but their team.

Teams must have only coachable and committed team members:

A leader cannot coach someone who does not want to be coached.  A leader must help employees see the value of becoming a better version of themselves through coaching.  No matter the level of one’s success or experience- a person must be coachable to have the right to remain on a team (especially a winning team).  This is a difficult aspect of creating a coaching culture, because it requires leaders to make tough decisions that may may a short term negative impact on the team or the results of the leader.

This is one of the areas that leaders fall short, by not being willing to fully commit to the coaching culture for the long term benefits and success.  All team members must be engaged and ready for success; that means for any team member that is not 100% committed to coaching then they must change the person or change persons.

Accountability is based on a leader being selfless.  A leader being willing to sacrifice one’s time and results to do the right thing and demand more from themselves and others.  When asked most people will tell you that the person that made them who they are today did it by “being hard on them” or “demanding their best all the time”.  That person did this, not to be mean, rather to be significant thus see significant results.  Being held accountable is one of those things we don’t always enjoy but always see the benefit.  This is true in business as well as in life.  Accountability makes everybody better!

Putting it all together: Great coaches don’t necessarily know more about coaching or the business than other leaders, they are just more committed and have the discipline to doing it and keep doing it.  Great coaches are willing to sacrifice the short-term results and efforts to remove a non coachable player for the success of the team and the culture.  Lastly great coaches are willing to hold themselves and others accountable at all costs, because they know it is better for the person, the team, the organization and those they serve- no matter the personal sacrifice they must make.  All leaders want committed team members but first leaders must be committed coaches.

# Nathan Jamail‘s book: Serve Up, Coach Down: Mastering the Middle and Both Sides of Leaderships (Career Press/Red Wheel Wiser, 2018).
# World’s Best Business Schools With The Most Employable Graduates For 2018.
# Best CEOs In The United States For 2018.
# Top 100 Best Executive Search Firms And Consultants That Dominate The Recruiting Business.
# The 100 Most Influential People In History.
# Revealed: Top Rated Visitor Attractions In Every Country In The World .

tweet
share on Facebookshare on Twittershare on Pinterestshare on LinkedInshare on Redditshare on VKontakteshare on Email
Nathan JamailOctober 3, 2018

Nathan Jamail is president of the Jamail Development Group, and author of the bestselling Playbook Series. Jamail is a motivational speaker, entrepreneur and corporate coach. As a former Corporate Sales Guru, and business owner of several small businesses, Nathan travels the world helping individuals and organizations achieve maximum success.
view all posts