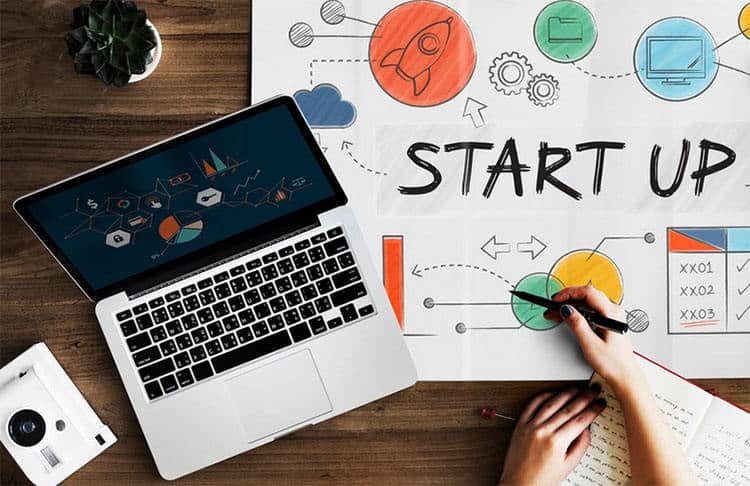 This wouldn’t be a stretch to say that under the glass facade of every corporate’s exterior, beats the heart of a startup. So they would like you to believe.

And you can’t really blame them because, in the last few years (especially since the global-recession of 2008), startups have been at the forefront of innovative and disruptive changes.

Just think about it.

Both of these companies (like countless others) are examples of startups that have become conglomerates in the last few years. And they are always looking for the next big idea.

So, what can established companies, ones that have been around for hundreds of years (and managed to survive the recession), learn from startups?

Lesson #1: Organisation Culture Should be More Than Just a Phrase That Is Thrown Around

The problem most corporates face is the fact that they refuse to change the way they have always functioned. There is rampant hierarchy and a need to stick to the way things have ever been done. This isn’t the case for most startups since they are flat organisations with open door policies. These policies allow a free exchange of ideas no matter whom it comes from.

So, stating that your organisation has a conducive working environment and great corporate culture means nothing if you don’t implement it in terms of giving your employees the space and freedom to take things into their own hands.

The fear of failure prevents most big brands from taking risks. Even if they do take risks, it is more often than not a calculated one. And while that isn’t always bad, it has, over the years, cultivated an environment of risk-mitigation.

It isn’t that startups don’t fear loss, they do. But for startups, inaction is never a choice. Even if the risks are high. So, startups tackle high-risk situations head-on and try to turn it into an opportunity.

Take, for instance, Snapchat. Today, you may know it as that app kids use to put dog filters on their faces. But in 2013, when its founders turned down Facebook’s offer to buy the company for $3 billion, everyone thought that Snapchat’s founders were crazy.

Zuckerberg was willing to pay $3 billion for a 2-year old company that made photos vanish a few hours after posting them and analysts stated that if Snapchat were to survive, this was the only way. Turning down the offer was a huge risk, but the founders saw an opportunity and didn’t want to let go of it.

This is just one of the many stories out there of how startups have taken and continue to take risks on a daily basis. One that corporates need to understand and implement if they want to win. Because somewhere from starting in a garage to becoming a company with offices all around the world, most big companies have forgotten how to take risks and learn from them if they fail.

Lesson #3: Listen to Your Customer

Amazon prides itself on being the most customer-centric company in the world. And while they are by no means a startup, they are one of the few corporate giants whose policy of listening to their customers hasn’t changed from the time Bezos first started the company.

A policy that most big companies take for granted. Unlike their corporate counterparts, startup are intrinsically closer to their audience. They take customer feedback seriously and implement it while making decisions. And this is so important because, in today’s world, a customer can make or break a brand. At least cause significant losses in terms of revenue, if not break.

Established companies need to remind themselves of this. What is the point of spending a lot of money on creating a product or delivering a service that is of no use to your end consumer? You create something so that your customer will buy it. So, if you lose touch with them and what they need, then this is a big problem.

If there is one thing that startup are known for (besides innovation), it is their ability to make decisions quickly. Their decision-making process, in general, has fewer checks and approvals. This doesn’t mean that there is no accountability. In fact, there is greater accountability since each person’s decision counts towards the end-goal.

Large companies need to limit the amount of red-tape that is involved in making decisions. Doing this will empower them since they will not only be able to make decisions faster, but they will also be able to improve accountability amongst employees.

And greater responsibility means employees who are more motivated. This, in turn, increases employee retention, making the company a great place to work in.

Most startups come up with innovative solutions to problems because they are either short on time or money, and in most cases, both. There is always room for people to create and test products and ideas that are not part of their day-to-day responsibilities.

In fact, startups foster a culture of innovation by encouraging people to experiment & work on the trending technologies and rewarding ideas that get implemented. Their way of functioning is to test an idea, kill it if it is a bad one, learn from the failure, and improve.

This is what leads to disruptive innovations. The freedom to try something and make mistakes.

Most big companies, however, don’t leave room for mistakes. Mistakes aren’t seen as a learning process but as a competency problem. The first step that big companies need to take if they want to be innovators is to accept failure (within reason, of course), and learn from it. Only then will they be able to embrace and encourage experimentation.

In today’s world where disrupt or get disrupted is the norm, it becomes even more important for big companies to learn from startups because if they don’t then the next disruption might very well be the little fish eating the big fish and not the other way around.

tweet
share on Facebookshare on Twittershare on Pinterestshare on LinkedInshare on Redditshare on VKontakteshare on Email
Emma LondonSeptember 25, 2018