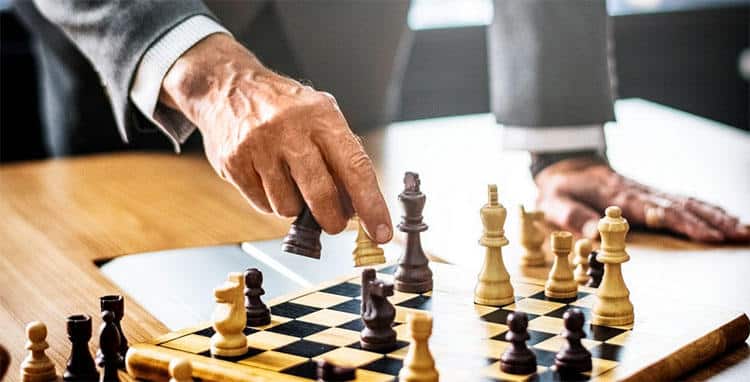 Being a leader occasionally requires you to deliver a difficult message.  Whether it’s an issue with an employee or the company, it’s never easy to tell somebody something they don’t want to hear.  It’s human nature, we hear and focus on the headline.  And if the headline is negative the whole thing is bad.

And no matter how you spin it, that headline doesn’t have any actual good news to go with it.  There may actually be good news and it may actually position the company for success down the road, but that’s not as impactful as words like cutting, closing, ending, finishing, removing something.  That always wins.  That always gets the most attention. And that is what you have to deal with. But you are responsible for delivering a message and having it not be disruptive to the work of your company.

So how do you do it? Well, there is no perfect way, but one thing is certain, being thoughtful, taking time to craft the message and the tone and thinking through a plan and the impact will have a much better result than just winging it.  And you would be surprised how often difficult messages are cobbled or thrown together with not much effort put into it.  And that guarantees a lower probability of navigating the situation with limited impact to the business.

The first win is acknowledging that you should spend as much time communicating your decision as you did making it. Then what?  You need to know how to craft a well communicated message.  Below is an example of a difficult situation and how Robert, a senior IT executive, handled the situation in a way to navigate the bad news for a positive outcome:

The premise. The company was struggling. The stock price tanking.  The fines were coming in.  And Robert was brought in to help clean the mess up. Some tough decisions had to be made, including multiple large layoffs company-wide which affected every department.  At the same time, Robert was leading a massive transition from a managed service provider and building a 400+ person team.  He could not have the team getting spooked or bolting during this build-out.  It was critical he managed this situation well to avoid impact to the business and end consumer.

Robert called an all team meeting, getting as many people as he could into one room and the rest on the phone. He told them the agencies were coming after the company and explained specifically what the issues were and why and how this was going to negatively impact the team and the company.

Be positive.  Focus on the positive aspects of the news.  Even though it may be completely lost on the audience at the moment, it’s important to state the positive reasons why the decision is being made.

Robert let the team know very clearly that the IT team didn’t cause this and were at the wrong end of bad decisions made many years prior. He told them the company had confidence in them and they were doing a good job.  He emphasized that these actions would give the company an opportunity to scale back, fix the issues and be stronger because of it.

Don’t avoid the bad parts either.  Be as transparent as you can be.  Don’t give politically correct answers.

Robert was blunt about the direct impact and that they would be losing about 10% of the staff.  Instead of drawing it out over multiple actions, Robert was aggressive and rolled it all into one. He told the team it would be only one action and that because of the transition from the managed service provider, this would directly impact people in redundant roles. The team knew which roles were redundant and which weren’t so it let people know where they stood.

In order for this to be successful, Robert needed each remaining team member to be all in.  Robert asked them to take on more work, learn from those leaving quickly and be willing to adjust and adapt.  He tasked critical members of the team to help him develop a plan to do this effectively.  They took ownership in making it successful. And then the others members of the team followed.

Most importantly, stand behind it.  Once you’ve decided to go through with it to the point that you are telling people, there is no going back.  You need to be strong. And you can’t waiver to protest.  There will be detractors. This is your decision. Now stick with it and execute. You will gain respect for decisiveness and courage.

As soon as the meeting ended, Robert had leaders and engineers alike lobbying him on the list and the approach.  But Robert held firm. He knew he put the time in, weighed the impact and made his decisions. Now it was time to execute.  And it was time for the team to line up behind Robert and work together to make this a successful transition.

How it ended. The team appreciated Robert’s honesty and felt empowered to make it work.  They bonded together, fought through the challenges and went on to building a successful, productive and transformational IT organization.  There were still challenges to deal with, and people left, but when it was all over there was little to no negative impact to the company.

No matter how good you get at it, it’s never easy.  The life of an executive is a roller coaster of good times and bad.  And you need to know how to manage and lead in both.  Bad news doesn’t mean it needs to be bad execution. You can put the time and effort in and as you encounter more and more of these situations and you work through them, you will get better at it.  The impact will become less and the company will be better off because of it.  But never it take it for granted.  Don’t think you can ever wing it; that you have it down. Be humble.  Be caring.  Be thoughtful. Become knowledgeable about your situation, make a decision and then execute.

For more information on Brent Chapman.

Brent Chapman, CIO of RoundPoint Mortgage Servicing Corp, is co-author, with Kevin Brungardt, of a forthcoming book on leadership and culture. Chapman was named to the Charlotte Business Journal's 2018 40 Under 40 and has also been a finalist for both the 2018 Dallas CIO of the Year and the 2018 Charlotte CIO of the Year.
view all posts