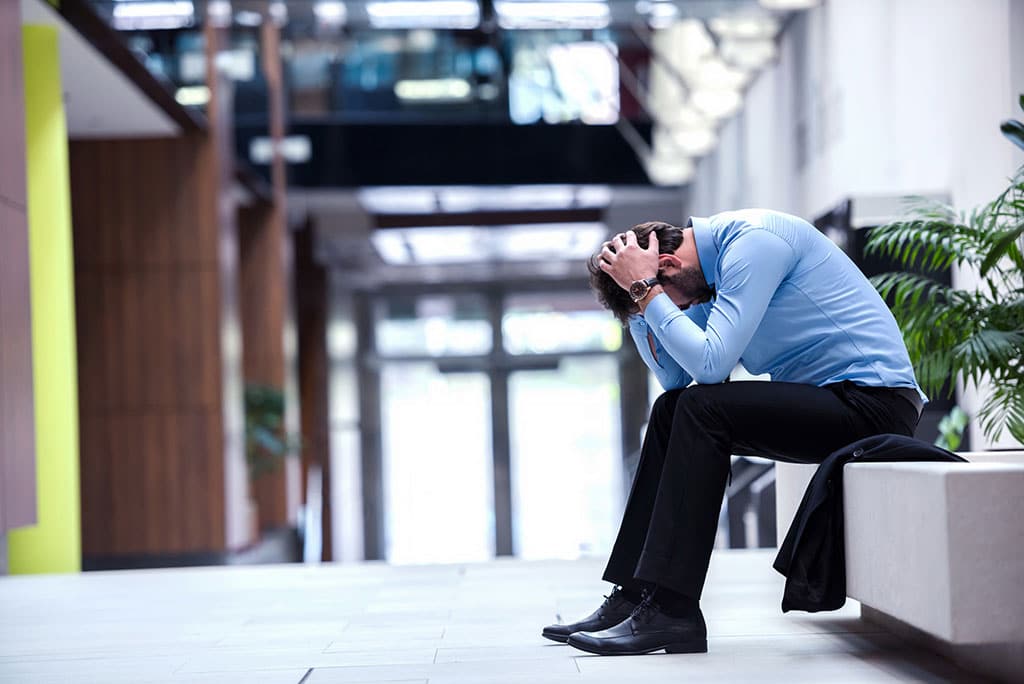 Most deaths aren’t sudden. They happen gradually, almost imperceivably and with every day, as the bar is lowered from what life used to be, a new sense of normal arises. So, when death lastly appears, it’s just the final sequence in a long succession of deterioration leaving the survivors in numbness.

Once they awaken, they realize the scope of their loss, that is, should they awaken from their slumber. That is the state of the American dream today. It’s lying on its deathbed and most Americans have simply become accustomed to the way things are, don’t do much to change what is while anesthetizing themselves with opioids and other dependences to ease their physical and mental pain.

The American Dream was more than just a dream – it was and is a right, legally protected by the Constitution, that all men are created equal and have unalienable rights in the pursuit of happiness by achieving their greatest potential and highest goals. Americans therefore would contribute to their young country the most, would induce progress and innovation, thus improve their lives and those of others.

It was a rather revolutionary and groundbreaking idea that nobody should be held back on account of their class, but rather be driven forward by their ambition and creativity. Most had come from nations where class had restricted their potential, but America was where that no longer mattered, where only hard work, determination and innovation counted. It was a collective dream that was shared by all who came here. Yet it fell short right from the start. Slaves and women were not created equal – that would take time, but America came around eventually to grant those rights.

When examining the American Dream today, we really should start with what is actually left of it. What could it mean to the poor and homeless? Or to the new American immigrants from nations that are rather undesirable, with religious beliefs that are feared and skin colors not quite the trend? What could it mean to those who have sought higher education in the hope for a better future but are left with almost insurmountable student loan debts and the prospects of dead-end careers or underpaying jobs? What about their dreams of homeownership, marriage and children whose lives will be better than theirs?

Well, that dream is reserved for the privileged, the American upper-class – how ironic! According to a report by OECD, by 2017 17 percent or 43 million Americans lived in poverty, well behind all other industrialized nations. As poverty levels are rising, so is the wealth of the rich. According to Edward N. Wolff, 1 percent of American families today own 40 percent of the nation’s wealth. That same 1 percent own more wealth than 90 percent of those on the bottom combined.

The Great Recession has only deepened the great divide between the rich and the middle class, or rather the new poor. As a matter of fact, wealth disparity in America is far greater than in any other advanced democracy! Yet, Americans don’t seem to care enough about their decline. According to Gallup News Service taken January 2018, 63 percent are satisfied with the opportunities for a person to get ahead in this nation by working hard, while 66 percent were dissatisfied with income and wealth distribution. Well, all Americans should be dissatisfied, including those that have profited from it, for gross inequality can never endure.

So, what happened to the American dream?

It was financialized! It fell victim to a few bankers and Wall Street traders who decided the fate of the nation. They no longer believed in long term goals and what is best for America, for its people, for its environment or its future, but rather in what was best for them. The American dream was replaced by American greed!

It was greed that undermined America’s enlightened ideologies. Starting in the 1980’s, the financial industry was moving away from long term investments in technology, innovation and product development in favor of short term financial returns and thus birthed an economy of financialization. It caused the decline of the manufacturing and production industries, as well as the deceleration of research into new products, inventions and technological advances. It stripped America of what had it made so prosperous, so modern and so creative in the first place. Not only were those jobs lost but more were outsourced for cheaper labor with less oversight, regulations or benefits. The financial institutions and Wall Street profited exponentially and when the bubble burst, the American taxpayer had to come to their rescue. As they were “too big to fail”, they were bailed out with taxpayer money and never really felt any repercussions for their predatory behavior. The austerity measures that were implemented to pay for the bailout, victimized the victims once more as the things that benefited the middle class and the poor the most were the ones that had to be cut.

Americans were not only financially impoverished but also emotionally, culturally, intellectually, and socially. Abusive systems leave a nation and its people weaker and more inclined towards irrational behavior and hostilities. They slash out at each other, fear and distrust one another thus tearing apart the fabric of their society. While America is breaking apart, it is also breaking down, and not only in its infrastructure. Americans have fallen victim yet again to the greed of big business, from the pharmaceutical industry flooding the market with opioids to the gun manufactures making high powered rifles easily obtainable. Even the government joined ranks by giving tax breaks that only benefit the wealthy while putting more downward pressure on wages. Regulations have been loosened or dissolved, so the next wave of predatory capitalism is well on its way.

As the American dream has become singular and exclusive instead of plural and all-inclusive it has become a national nightmare. What has to be done to resuscitate it? For one thing, there has to be a collective shift in thinking. We can’t use the same thought processes that have created the problems and expect different outcomes. There also has to be a change in our values, that is in measuring wealth in terms of sponsorship not ownership. In other words, wealth should be evaluated by how much we contribute to our society, to the education of our next generation, to the healthcare of our work force, the improvement of living standards and preservation of our natural resources instead of how much money we make individually or corporately. Money really doesn’t buy happiness which has been confirmed by a research from Purdue University proving that life satisfaction and happiness levels out once a certain income threshold has been reached. Yet unhappiness is bottomless and destructive. Although America is one of the richest countries in the world, it accepts levels of poverty and dysfunction that are simply deplorable and destabilize its might. What can a poor, sick and traumatized nation put out that would be of any value?

The solution to this American enigma is building an economy that would once again address what would benefit its people. Specifically, we want to create a new economy where the emphasis is on healing and helping those in need. There should be tax benefits to support this new perspective, which should be on a voluntary basis. In time, when values have shifted, acts of generous contributions will be held in greater esteem than riches amassed. Egos can be manipulated to set new goals and aim for the highest good for all. Americans have to get more acquainted with Universal Laws such as the Law of Attraction, which applies to all, that is individuals, businesses and nations alike. We also have to realize that what we do for others, we do for ourselves; what we do for ourselves, we do for others. All our actions will reward us abundantly! This response will reshape America’s destiny and create a new era of enlightened affluence.

There is so much that needs to be done — from our infrastructure, dilapidating hospitals, parks and civic buildings, to our universities and schools. However, America must reinvest first and foremost in its people and its land, which are its greatest resource. Good education benefits all and should not only be affordable but be of equal value to rich and poor. That includes schooling our prison population. Instead of financing costly incarcerations where the emphasis is on retribution, it should shift to reintegration into society through education and fair opportunities. The other great new opportunities are in the field of research and science. Instead of denying climate change, we have to invest in finding solutions and protecting our environment. Healthcare and research need new thought tanks to reevaluate our current methodologies while embracing alternative procedures. We can’t hold on to the past fearing the future. Change is a given and needed for growth. We need to embrace it and be on the forefront again.

What has worked once will work again. For those who doubt that such an approach could work, I would like to remind them that America has once understood that the pursuit of happiness must be an equal opportunity for all. It went so far to employ this ideology to a fallen Europe after World War II, helping it to get back up on its legs. In 1959, President Eisenhower argued that America could not only rely on its military power, but that it had to help its world neighbors to protect their freedom and advance their social and economic progress. It was his view that America should not be the richest nation in the graveyard of economic progress. Deservingly, America has been richly rewarded for its actions! Isn’t America itself worth the same fair treatment?

Change and a shift in our thinking has to be a collective movement. It can’t become the responsibility of one but has to be shared by all. It is false to believe that there is only one who can fix it as it must be fixed by all. It is equally false to believe that we need to take power from others to make us feel strong again. Instead we must give power to others to become strong again. However, we cannot give our power to a leader who undermines all our values, our security and our standing in the world amongst our friends and allies. We cannot integrate restricting beliefs that others are lesser beings and that therefore we have to protect ourselves by building walls. We can’t blame others when in reality we have turned on ourselves. America has fleeced itself and it needs to wake up now to stop its predatory abusive behavior. It requires gumption, vision and faith that America has what it takes to become the leader of a new enlightened society.

# World’s Best Colleges And Universities For Engineering And Technology, 2018.
# Revealed: Top Rated Visitor Attractions In Every Country In The World.
# Europe’s 100 best and most innovative universities for 2018.
# These Are The 75 Most Innovative Universities In The Asia-Pacific, 2018.

Marina Shakour Haber is a speaker and author of Dream A Better Dream, transforming the negativity of our society into one of great new potential.
view all posts