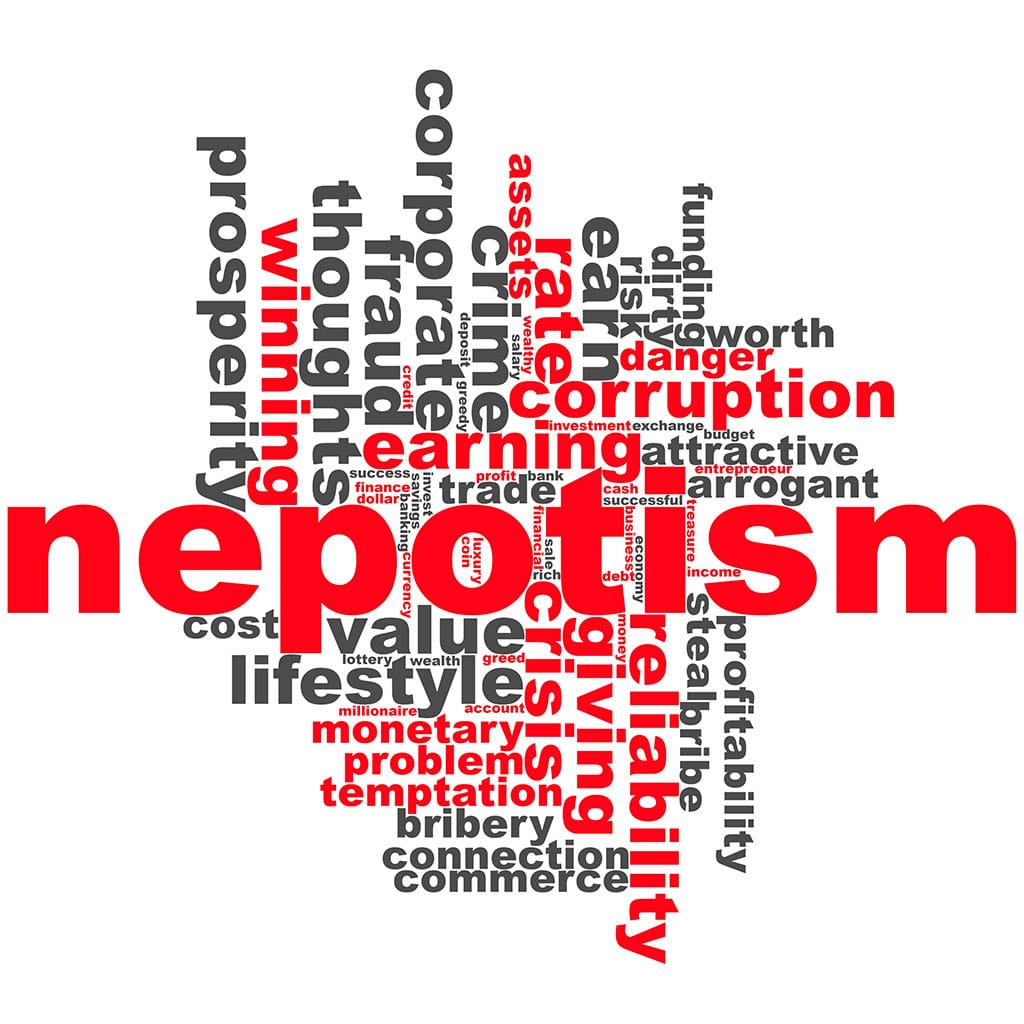 Nepotism is a practice that few professionals would endorse. But, if they answered honestly, most people would also admit that nepotism has, on occasion, positively benefited them at some point in their careers.

It’s an issue that is naturally ambivalent, and it’s important to treat it as such.

My father experienced the negative side of the equation firsthand: He put together a wildly successful sales team before having to defer the strategy to one of the company owner’s family members. The direction changed, causing small riffs between clients and employees alike. Eventually, my father left the company, feeling as though nepotism had burned his efforts.

With this negative experience of nepotism forever etched in his memory, it’s understandable that my old man was stubborn about working with his son — or any other family members, for that matter. I eagerly expressed interest in the family business, not understanding his anxiety about nepotism; over and over, he turned me down. Eventually, however, my persistence won out over his reservations, and my father offered me the opportunity to apply for a position with his company.

Unlike the traditional nepotism narrative, I started at the very bottom. After I had mastered cleaning and maintenance, I graduated to driving trucks. Later still, I moved onto accounting and engineering. Often my moves were lateral, and only after I proved myself in one area did my dad allow me to explore another.

What I learned is that the beneficiaries of nepotism receive unique opportunities, but they come with extra expectations. To account for the perception of privilege, friends, and family of people in power must demonstrate every credential and earn every advancement.

This can be an advantage for companies and career professionals alike — as long as they manage to avoid the hazards nepotism so often creates.

The One Thing That Makes Nepotism Problematic

My family’s business was very hesitant to hire friends and family, but other companies are enthusiastic to do so. The issue is not how many people benefit from nepotism; rather, it’s how those benefits are applied and perceived.

When people are given jobs they are not qualified for, it sets them up to fail. It also understandably infuriates everyone who was passed over for that same job. The problem with nepotism is not that friends and family are getting jobs — it’s the jobs they’re getting.

My father forced me to work my way up through the ranks, and I would advise other companies to follow suit. By introducing me to a number of different roles, I learned where my true strengths lie. And because I started at the bottom, the fact that the boss was my old man became irrelevant. I may have been part of the family, but I was treated just like anyone else.

Over time, our company hired other friends and family, but the issue of nepotism was addressed from the start. There was a consistent set of expectations, standards, and advancement opportunities applied to every hire. And by approaching the issue systematically, nepotism was never a problem inside or outside the ranks of the family.

Creating a Culture to Make the Best Hire

First and foremost, companies must take a firm stance on nepotism: Either they choose to hire friends and family enthusiastically or not at all. Operating in the uncertain middle ground is when problems appear. If you do choose to hire close relations, use these strategies to find the right role for them:

Hire based on merit.

Great people don’t always make great employees. If friends and family are hired, it must be based on their education and experience, not just their character or relationship. It’s great that your cousin Ricky is a card and tells fun jokes, but in this case, that should be (and stay) irrelevant. Pay should also be proportional. Padding someone’s salary makes no fiscal sense and creates resentment between co-workers. All candidates should be evaluated according to the same standards, regardless of their relationship to the boss.

Examples of favoritism include offering someone promotions, praise, or flexibility that is not extended to others. Given the close relationship that nepotism involves, it can be hard to spot preferential treatment. The solution is to get serious about equality between employees and to have mechanisms in place for when favoritism appears. Employees should be encouraged to speak up if they feel treated unfairly, and HR should be tasked with investigating and remedying the problem.

Once companies are conscientious about nepotism, it actually becomes an asset. My own company regularly gives internships and entry-level jobs to the kids or relatives of current employees. This leads to a stronger sense of community throughout our workforce and allows the company to do more in supporting loyal staff. We don’t allow family to work under family (or friends to hire friends), but otherwise, we’re eager to make these hires.

Nepotism made me the professional I am today — not because my dad gave me a job I didn’t deserve, but rather because he made me prove I deserved every job. He learned the lessons of his sales team and offered me opportunities over advantages. In the end, what he didn’t offer me was the best gift he could give.

# Best Hospitality And Hotel Management Schools In The World For 2018.
# 30 Famous Inspirational Quotes, Sayings, And Proverbs In German With Translations.
# Rich List Index: The World’s 100 Billionaires; Meet The Richest People On Earth.
# These Are The Most-Attended Universities Among CEOs – It’s Not UC Berkeley, MIT, Or Harvard.
# World’s 15 Richest Cities: New York, London, And Tokyo, Tops List.

tweet
share on Facebookshare on Twittershare on Pinterestshare on LinkedInshare on Redditshare on VKontakteshare on Email
Scott SchoenebergerJuly 9, 2018

Scott Schoeneberger is the managing partner at Bluewater Technologies, a design-forward technology company that empowers leaders and organizations with capabilities that amplify their stories to leave a lasting impact. Scott is a regular contributor to the CEOWORLD magazine.
view all posts