CEOWORLD magazine > The Latest > Executive Education > History Funnel: Odyssey Or How To Buy Your Ticket For The Titanic 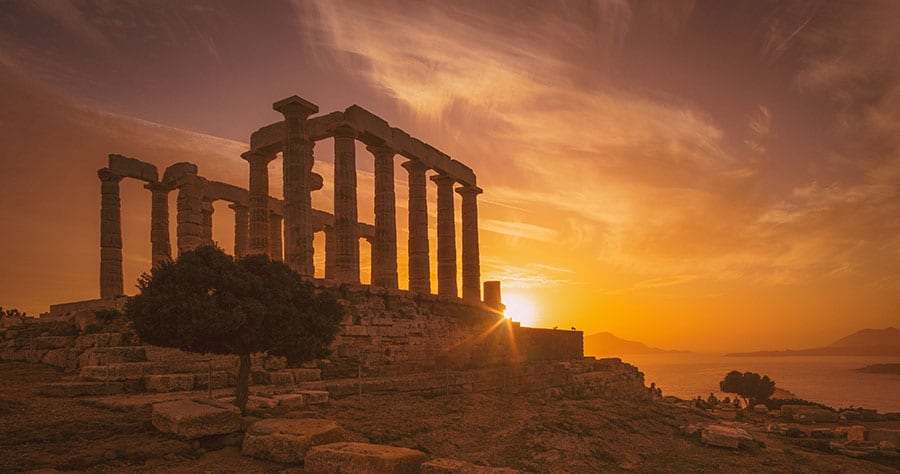 In one of many civil wars between Greeks, the two main tribes, Achaeans and Trojans stood against each other. The prize was not beautiful Helen, as the bedtime story narrates, instead it was the control of trade for the Aegean Sea.

I’m sure you are not so romantic not to realize that no matter how furious a betrayed husband can be, 10000 Greeks did not come together to bring back an unfaithful wife. The trade of Aegean was as crucial as the complete control of the natural resources of the Arabic peninsula nowadays.

Hector led the Trojans. On the opposing side, Agamemnon was the great general and Achilles was the unprecedented warrior, but without the cunning Ulysses and his so-called Trojan horse, they would still be fighting the same battle up until today.

Indeed, after fighting ten straight years, unable to penetrate Troy’s high walls, they called it quits. They left a wooden horse at the beach as a gift to Troy and went on their way. The Trojans accepted their gift. They brought the Trojan horse inside their walls and started an endless feast. After all the Trojans were drunk and asleep, Achaean warriors stepped out of the wooden belly of the horse and opened the gates of the city. They destroyed the town and burned it to the ground.

What happened next? Did they live happily ever after? Not quite.

Fate was seldom lovely to Greek heroes, especially heroes of the Trojan War.

Agamemnon returned home victorious only to be assassinated by his wife. Nice welcome, huh? Achilles was killed in the very final battle after the invasion of the city of Troy. An arrow killed him to the heel; the only part of his body that was mortal. I mean if your heel is the weakness to your immortality, you don’t wear sandals, right?

Ulysses, on the other hand, had to suffer during his trip back to his homeland of Ithaca because he offended the Gods. The word Odyssey is used to describe his arduous journey home.

Wait a minute…he offended the Gods, while the other heroes did not, yet he still managed to arrive home safe and sound?

Well, our guy was a true survivor. The Goddess Athena helped him several times to escape difficulty, but it was his sharp mind and his endless tricks that bailed him out. He also had another valuable talent as a leader: he cared deeply for his men, and they loved him back and were devoted to him until the very end.

Although we don’t openly admit this, Ulysses is a role model for most Greeks. Cunning in the most beautiful way, imaginative, a voice of reason, without much physical strength, he uses his mind to escape difficult situations and finally to wage battle on his behalf. That’s how he managed to trick the giant Cyclops Polyphemus by telling him that his name is “Kanenas” which is Greek for “Nobody”. He eventually found an opportunity to injure Cyclops’ only eye with a big handmade spear while he was drunk and asleep. When his fellow Cyclops’s asked him who attacked him in revenge, they were puzzled to hear him shouting angrily “Nobody, Nobody did this”. Ulysses had just bought enough time for himself and his companions to escape. 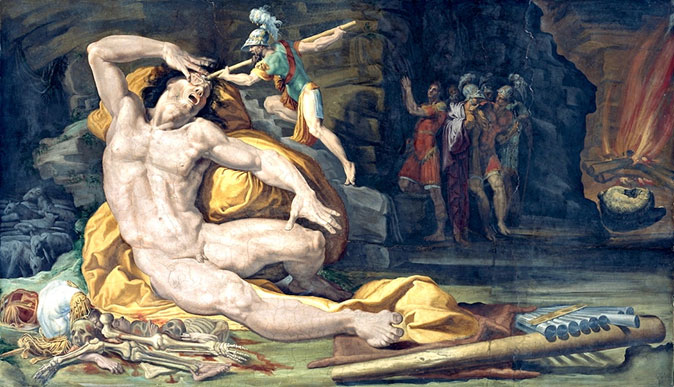 The epic story of his homecoming leaves out many details about his men As Ulysses is the main character and the king of Ithaca, we don’t pay much attention to the fact that he lost all his troops on his way back to Ithaca. He started with 12 ships from Troy on his Odyssey back home. He was their leader and he failed them miserably as only HE survived the goddamn trip when he was the one that offended the Gods!

Some would say that he did not take enough care of his men. This is far from the truth as throughout Homer’s epic poem there are beautiful words said by Ulysses’ companions about his character and not because he is their king. In fact Ulysses went to extreme lengths to help his troops when they were in danger. For example, when sorcerer Kirki put a spell on half of his companions and changed them into animals, on one of the many islands they came across. Though Ulysses was previously angry with them, he did not let the rest of his men go to the rescue of the former, but instead went all by himself. He looked them in the eye and explained his decisions, as well as what to do and what not to do. Sometimes it worked and sometimes he failed, but every last one of his troops was ready to die for him. So they did in order for him to survive. He too would have died but the Gods decided that he had been tortured enough.

The golden nugget for leadership here is that when you see, perhaps at work or elsewhere, a bright individual with great ideas who genuinely cares about his team and peers, he or she is most certain what we call “leadership material”. Sure, leaders are not as heroic nowadays but you can still spot them because they shine so bright in the eyes of their teams. People such as President Obama or President Macron of France are not content with things as they are. They want to plant the seed of inspiration and like good farmers, wait for nature to smile back at them in the future through the collaboration and growth of their people.

Leadership is not about doing the job alone. It is about inspiring your team to do the job together in the most thorough and productive way. You can fake pretty much anything but genuine care for your people is a virtue.

share on Facebookshare on Twittershare on Pinterestshare on LinkedInshare on Redditshare on VKontakteshare on Email
Thomas KatakisMay 24, 2018