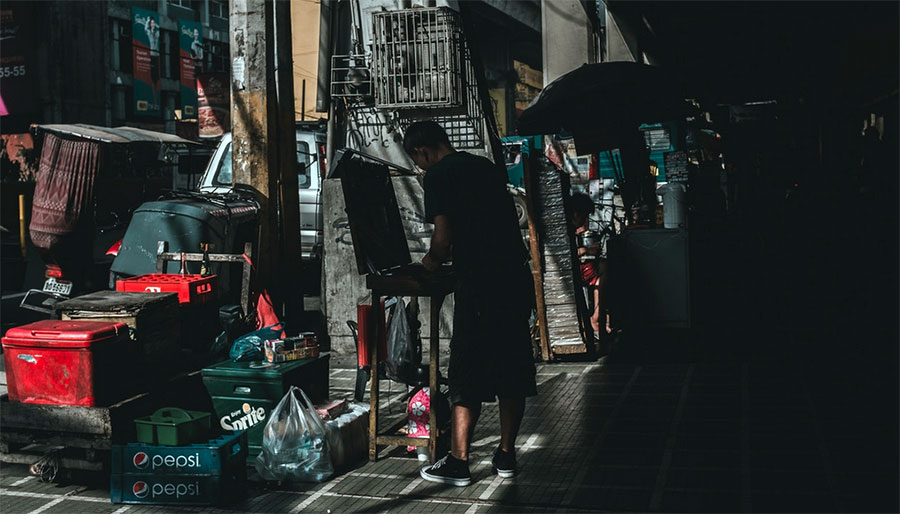 Once again, the Philippine peso reached a new low towards the U.S. Dollar exchange rate, but it is up to the financial markets to decide its direction.

Having been in the financial market the past 30 years, I have experienced a number of smaller to very large, and famous, currency crises.

The explanation is always the same that the crisis is caused by speculators who simply chase cold profit at the expense of a country – perhaps the Philippine government will one day be next in line to come up with that explanation, though the truth is quite different.

A currency crisis typically develops over several years, and can, for example, be caused by excessive deficits on the trade of balance or the balance of payments, inflation spinning out of control, or borrowing abroad by either the public or private sector becoming too excessive, etc.

But for whatever reason, these imbalances almost certainly arise due to the erroneous economic management of the country, combined with late intervention by the central bank. Further, a currency crisis does not just occur suddenly or within a month, unless in rare cases like the Brexit vote.

Based on my considerations and own experience, I assess that the Philippines is already one year in towards a spiral that can lead to a currency crisis. It is now so far, that it cannot be ignored anymore, and is thus an increased risk factor.

On Tuesday 24th April, the risk gauge took another few degrees in the direction of the storm in the Philippines. The country’s very important budget committee the Development Budget Coordination Committee (DBCC) was in front of the press where the committee expressed some expectations that included a view on the country’s own exchange rate. The expectation now is that the U.S. dollar against Philippine peso (PHP) will trade in a range between 50 and 53 until 2022 i.e. four years ahead. This is a small change compared to the prior expectation of a range from 49 to 52.

It sounds pretty harmless, but one has to take a couple of developments into consideration. In 2017, the U.S. dollar was one of the weakest currencies in the world but still the peso managed to weaken towards the U.S. dollar. Thus, the peso became the worst performer among Asian currencies last year. During the same time, the Philippines had the biggest trade deficit ever. In addition, it should not be forgotten that foreign investors have already expressed in 2017 concern about an overheating of the Philippine economy. This uncertainty was reflected in the country’s 10-year interest rate that rose throughout the year.

In my opinion, these are clear signs of increasing risks, and they have already been on the rise for a year- which shows that the financial markets are worried about the Philippine economy.

The adjusted expectation to the currency rate, as explained by the DBCC, is due to a changed American fiscal policy. Based on DBCC’s opinion, this will lead to higher growth, and therefore attract capital to the United States. This is one way to explain the rising USD/PHP exchange rate, namely that the dollar gains in strength towards the peso.

I argue that it is the peso that continues to weaken against the dollar, and this reasoning is important as it also describes which factors to relate to and to watch out for.

The effect of the U.S. fiscal and tax policy is largely priced in the dollar exchange rate already. Therefore, the upcoming interest rate hikes in the U.S. will move capital flows towards the USD, which the Philippines can counterweight by raising interest rates itself.

My biggest concern is, however, that officials from the Philippines are speaking about the correct trading level for the country’s own currency. I would never recommend doing that, because specific price levels become a magnet for the financial markets. Further, it

can easily develop into a dilemma for the government and the central bank, especially if the weak part of the range becomes a reality. In this case, it would be at 53 against the dollar, which is not far away (graphic one). 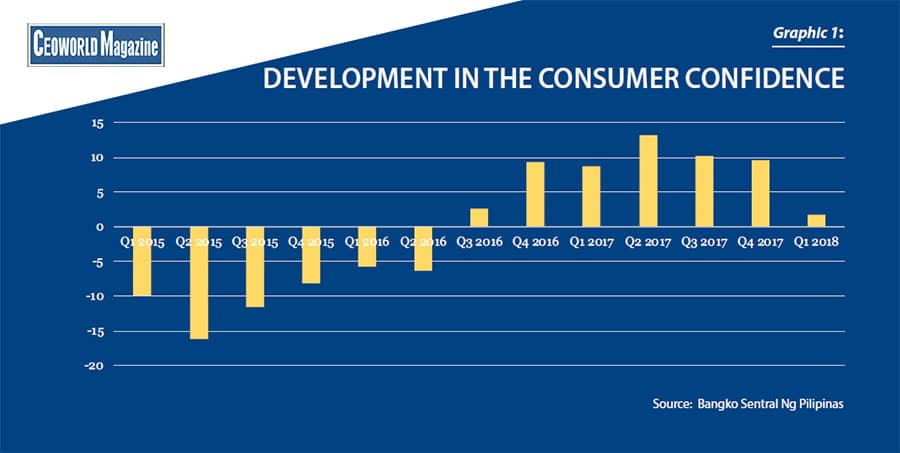 Basically, I am still optimistic about the Philippine economy. But the country’s central bank, Bangko Sentral Ng Pilipinas, does not show the sovereignty that a central bank should show in order to maintain the monetary grip on the economy and show the financial markets that it has the necessary authority. This may well be due to excessive pressure and interference from the government, which unfortunately has become a practice in many countries after the global financial crisis. But I am convinced that the Philippine central bank will be challenged on several fronts.

As an example, what will happen if USD / PHP breaks 53.00? From the statements this week, some would interpret that 53.00 will be protected for example via intervention in the foreign exchange market. Over time it won’t help, but if the central bank chooses not to intervene, the financial markets will probably perceive it as a sign that the government is accepting an even weaker currency. This kind of development attracts speculators, but keep away long-term investors, which otherwise contribute to the stability of a financial market.

Last year, the central bank declined to raise interest rates which otherwise would have been a completely natural act to balance the government’s expansive fiscal policy in order to mitigate the risk of overheating the economy. At that time, the consumer confidence was at the highest ever as graphic two shows. It has fallen surprisingly much after the tax reform was introduced at the start of the year. I perceive the situation as far from negative, as the consumer apparently does right now, but will the central bank raise interest rates three times within a short period when consumer confidence drops as it did in the first quarter?

The risk is that the government puts pressure on the central bank not to raise interest rates or just a very modest hike. We do not know, but alone, the uncertainty is enough to increase concerns in the financial markets, which in turn is an additional step towards more pressure on the peso.

All in all, it’s an example on how a currency crisis slowly develops, but finally emerges fairly quickly.  And where only very large foreign exchange reserves can prevent such a development to happen-

From today’s perspective, the currency crisis remains a long-term risk. But in my opinion, both domestic Philippine investors and international investors should take the increasing risk of a currency crisis into consideration.

tweet
share on Facebookshare on Twittershare on Pinterestshare on LinkedInshare on Redditshare on VKontakteshare on Email
Peter LundgreenMay 9, 2018