CEOWORLD magazine - Top Stories - C-Suite Agenda - These Are The World’s 20 Best Business Schools For Studying An MBA In Finance, 2018

For the 2nd year in a row, Stanford Graduate School of Business in the United States, is number one in the world for studying an MBA In finance, that’s according to the Financial Times (FT). A job in finance can set you up for a lucrative career!

US business schools dominate the top 10, with Stanford being judged as having the world’s best MBA in Finance. Graduates from Stanford earn on average $252,000. Meanwhile, the Wharton School at the University of Pennsylvania, is now second in the global rankings. Wharton graduates earn on average $227,000.

Check out the 20 top business schools for a career on Wall Street.

The world’s 20 best business schools for studying an MBA in finance, 2018 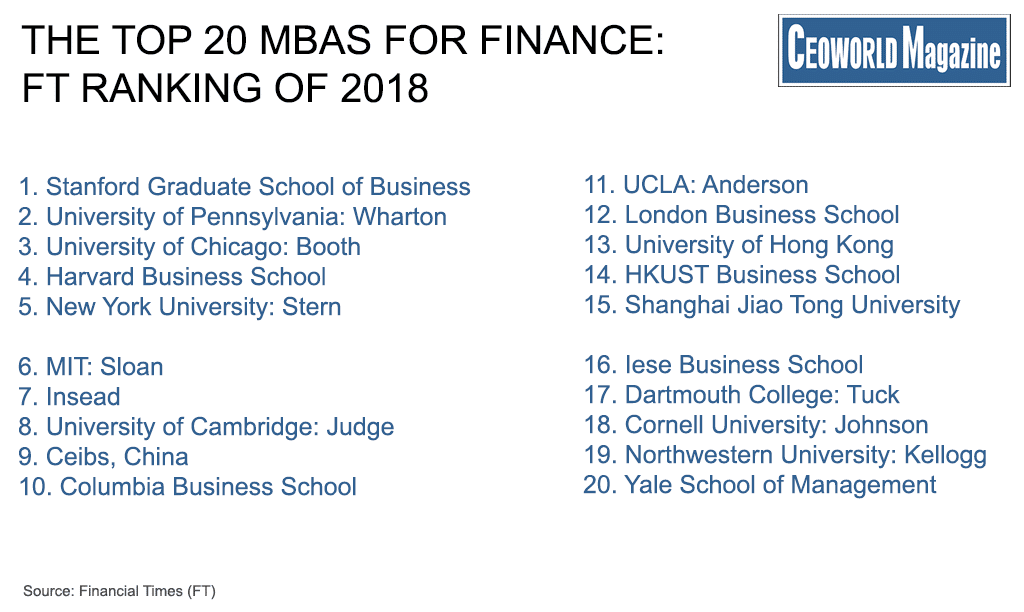 CEOWORLD magazine - Top Stories - C-Suite Agenda - These Are The World’s 20 Best Business Schools For Studying An MBA In Finance, 2018