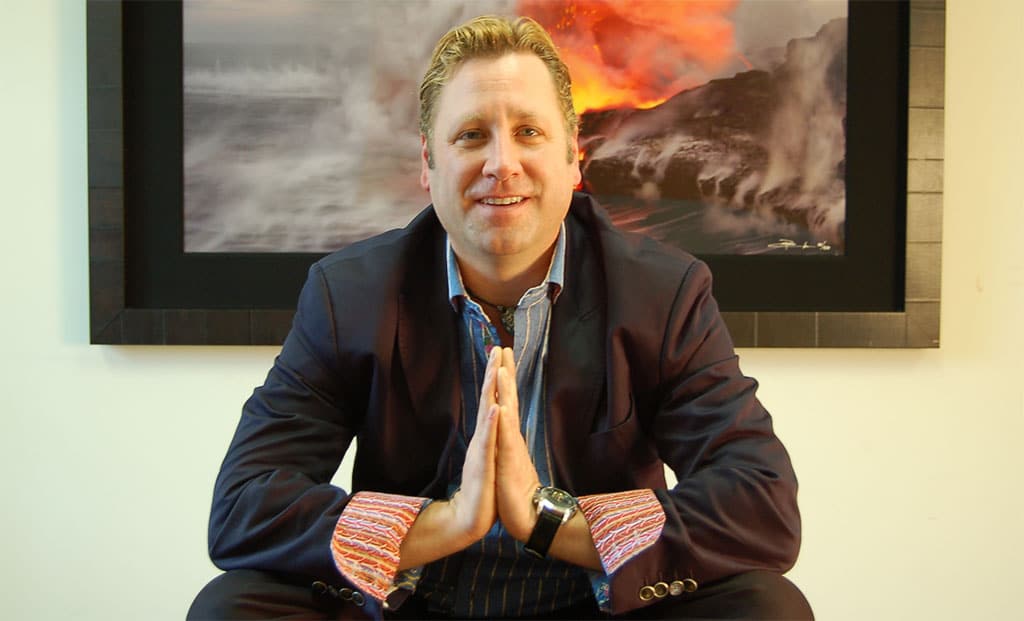 David Janow never expected to be at the crux of a global food revolution, but as the founder and CEO of what is now one of the largest makers of rice and pea proteins in the U.S., Los Angeles-based Axiom Foods, it seems that is what has happened.  It’s been said that “curiosity killed the cat,” but in his case, David’s inquisitiveness about biology, business and law catapulted him into creating a food science legacy that will far outlive him.

It’s taken a few years, but starting in 2005, he made organic brown rice and yellow pea protein into the biggest commercial commodities possible.  Janow became a supply chain force by focusing on creating credibility through clinical trials, industry standards and blessings from the FDA and the U.S. Patent Office. Though proteins can be fractioned from many different plants, he chose the largest crops in the world to sustain future global protein needs. Since Janow has positioned his plant protein ingredient empire into a unique position in the $3.7 billion plant-based food revolution. Today, Janow’s proteins are found in thousands of snacks, ready-to-drink beverages, chips, nutrition powders, bars, and even skincare formulas.

A Fordham and Pace University JD / MBA and University of Miami Biology major, Janow spent the first part of his career on Wall Street selling animal feed commodities. Working in a family business, it wasn’t long before he started seeing new opportunities which led him to venture out on his own. “We were selling rice protein for animal feed and my father in-law was in the pet supply business,” Janow says. The spark of inspiration hit when he learned that the protein they were buying was fractioned out of rice with hexane, a petroleum-based neuro-toxin, so he innovated a way to fraction protein from rice himself.  The authoring of that proprietary process led him to hatch bigger ideas, most notably how to create organic rice protein for human consumption. “I looked at trends happening around the world, mostly the population explosion and diminishing of natural resources. I noticed that the resources it takes to farm animals for consumption is less sustainable, far less efficient and more expensive than harvesting protein directly from plants.”

It turns out that Janow was tapping into a wide-reaching need, as every human body requires daily protein to survive and food trends were pointing heavily toward flexitarian, vegetarian and vegan lifestyles. It turns out that rice protein is also non-allergenic; a huge positioning that further differentiates it from most other protein sources.  Despite all these good signs, the question remained: could he make a human-grade rice protein with a high enough concentration and functionality that makes it attractive to large food makers and profitable for everyone?  At that time, the most protein that could be concentrated from rice was 65%, which meant large serving sizes and an unwieldy waste stream of other ingredients for which he’d also have to find a market.

Every entrepreneur struggles and some teeter on the edge of disaster before things move in the direction of their vision – Janow was no exception. “By 2009, I was nearly bankrupt, “he says. “I self-financed the creation of an industry and sustaining the costs of educating my customers was not easy. I was slightly early for the general acceptance of this ingredient, but things began to turn around when we started receiving orders from protein powder brands. From there food formulators and scientists began demanding samples to test in ready-to-drink beverages and nutrition bars.” Janow was further encouraged to move forward when he compared the qualities of rice protein to other plants. Soy protein was beginning to fall from favor due to cancer scares around phytoestrogens.  In the fitness industry, whey protein, a waste stream of the cheese industry and made from animal milk, was the gold standard, but allergens to milk were starting to rear up and athletes complained that it caused bloating. By about 2014, the mainstream food industry in the U.S. had no choice but to respond to consumer issues with food allergies. According to F.A.R.E. (Food Allergy Research & Education), 15M Americans have food allergies, including 5.9M children under the age of 18 – that’s 1 in 13 children. The C.D.C. (Centers for Disease Control & Prevention) reported that the prevalence of food allergies in children increased by 50% between 1997 and 2011; and many are life threatening. The top 8 offenders are milk, eggs, peanuts, tree nuts, fish, shellfish, soy and wheat.  For Janow, this news only looked like opportunity. 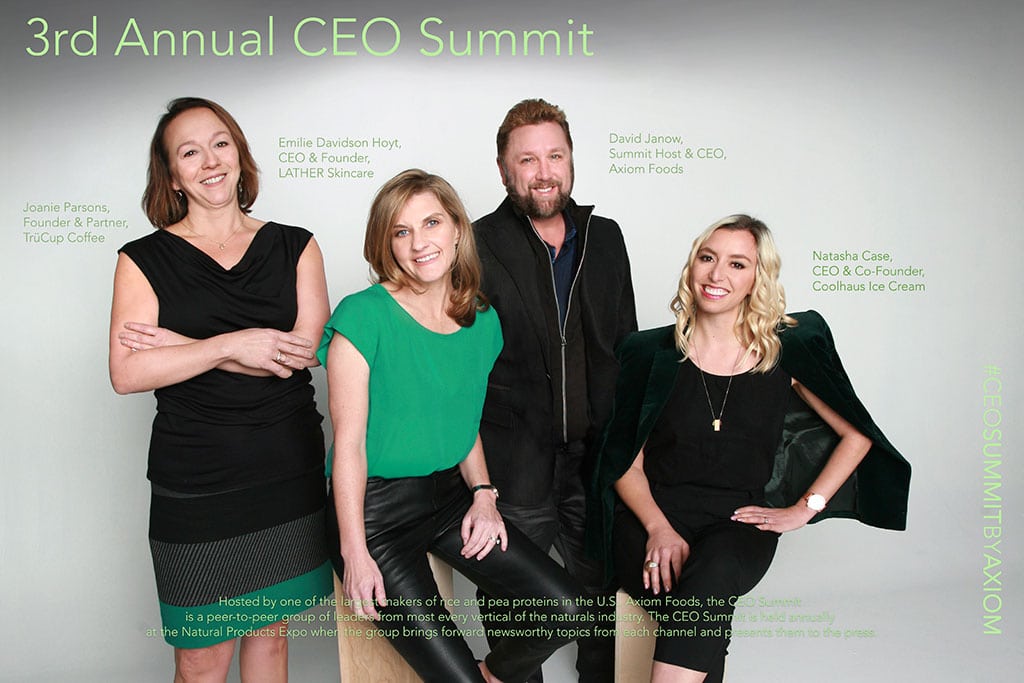 When other micro-verticals of plant proteins started popping up, fractioning everything from hemp to cranberries and sacha inchi to pumpkin seeds, this too appeared as an opening. “Though some of these other ingredients, like hemp, seem to trend a bit with consumers,” he says “none of them grow in as large a quantity or can be fractioned in a concentrate as high as rice and pea proteins. I am looking not just to make a dent, but a global impact,” he states.

By 2015, the global crop sizes of wheat, corn and rice were, for the first time in history, exchanging places. The gluten intolerance issue was becoming so rampant and the public outcry about genetically-modified corn was so loud that rice moved from third place to second. “This was a heartening sign,” he says. Around the same time, Janow obtained GRAS (Generally Recognized as Safe) nods from the FDA that made his Orzyatein® rice protein able to be purchased by the food manufacturing giants.  He also obtained use patents to centralize ownership of how rice protein is used in sports nutrition throughout the world. Janow’s Oryzatein® rice protein was invited to be included in several clinical trials. Two, done in 2013 and 2017, showed for the first time in history that plant protein could build as much muscle as animal-based whey protein; an absolute shock to the fitness industry.

Today, rice protein has reached a tipping point, becoming one of the most important products in the mainstream global food supply chain. It’s no longer considered alternative or novel. Some of the most conventional companies such as behemoth meat maker, Cargill, exited the cattle feeding business altogether and started making plant protein beverages. Chicken manufacturer, Tyson, is making plant protein products. The CEO of Alphabet (Google) named plant protein as #1 of six most important trends and CNBC called Janow’s rice protein “the new meat.”  In a world where “clean label” is important, Janow is helping thousands of food manufacturers to make that claim with use of his ingredients.

It’s great to have a good idea, but the entrepreneurs who really win are the ones who think of the big picture.  “The concept of ‘winning’ is relative,” he says. “Don’t get me wrong, I’m a very competitive business person and love to see this company grow the way it has but, when I lay my head down at night it feels wonderful to know that we’re doing a really good thing for the world. The success of our business means that less animals are farmed, and less drinkable water is used – we’re creating a sustainable industry and I am proud of that.”

tweet
share on Facebookshare on Twittershare on Pinterestshare on LinkedInshare on Redditshare on VKontakteshare on Email
Alyson DutchApril 27, 2018

Alyson Dutch, CEO of Brown and Dutch Public Relations, is an opinion columnist for the CEOWORLD magazine. As head of Malibu-based Brown + Dutch Public Relations since 1996 and do-it-yourself matchmaker for products and press, Consumer Product Events (est. 2009), Dutch is also the author of the PR Handbook for Entrepreneurs and writes about product marketing for The New Economist, Inventors Digest, Small Business Digest, and others. Follow Alyson Dutch on LinkedIn.
view all posts