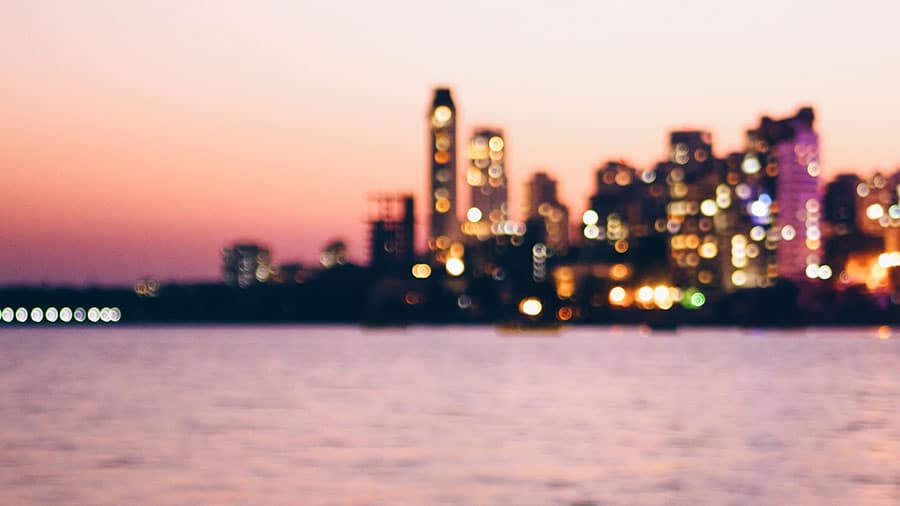 One of the hallmarks of 21st century investing is the increasingly global nature of any given market. In stark contrast to last millennium’s system of numerous discrete markets, capital and opportunity in 2018 are defined within an information-rich and deeply interconnected global framework.

Today’s investor doesn’t need to know every small detail of a foreign market to make a sound financial decision – he just needs a laptop and the ability to determine the basic fundamentals of the opportunity at hand. In almost every aspect, investment is becoming a global game.

To Vikram Chari, this represents the opportunity of a lifetime.

Chari is the CEO of SmartOwner, India’s largest marketplace for real estate assets and other high-ticket opportunities. While most people would be content being the industry leader in their market segment (for SmartOwner, this is offering institutional-grade deals on high-ticket assets to HNIs and other investors), Chari has never been one to think small.

For him – and SmartOwner – an international focus isn’t just a goal, but a necessity. Since founding the company in 2012, Chari has always thought of SmartOwner as not a purely Indian company, but an international firm with an Indian focus. As a result, the firm – recently ranked as India’s fastest-growing FinTech company by the Financial Times – is perfectly positioned to go global in 2018, with everything from the type of assets offered to the hiring process reflecting a truly international mindset. As India’s economy becomes a major global player, companies like SmartOwner will be leading the way.

In many regards, an international outlook is actually a necessity for any Indian company that wishes to be a market leader – the nation’s rapid economic transformation has made sure of that. Over the last year, India has surged to the top of the chart in terms of annual GDP growth and is anticipated to remain there for years to come. This has happened in large part due to the nation’s relentless focus on improving the ease of doing international business within its borders, as well as a major effort to attract ever-increasing amounts of foreign investments.

India has come a long way since the chaotic free-for-all that defined the first 15 or so years after the end of the License Raj. The IT boom of the early 2000’s fuelled an increasingly modern economy, allowing India to chart a robust recovery from the global recession of 2008-’09 and emerge as one of the world’s leading investment destinations.

This unparalleled growth has upended the long-held notion that the global economy influences India and not the other way around. In real estate, for example, India’s insatiable demand for houses, flats, and villas – the country builds the equivalent of a new Chicago every year – and increasingly affluent urban population are beginning to have a major impact on global commodity markets. This dynamic can be seen across sectors, as the South Asian powerhouse captures a continually increasing amount of the global market. In fact, India’s contribution to global growth has become so substantial that $18 out of every $100 in new wealth in 2017 was created in India. This wealth has transformed cities like Bangalore and Mumbai into global metropolises, attracting influx of highly-educated, highly-motivated young professionals. In fact, Bangalore was recently ranked as the most dynamic city in the world, a first for an Indian municipality.

All this growth comes with conditions, of course. For many Indian firms, this global scrutiny is a mixed blessing, as increased market share is undercut by world-class competition, and the need to rapidly innovate. Indeed, many Indian companies will have to dramatically overhaul their operations to thrive in the new economic environment. As India shifts towards a streamlined and high-tech economy, companies that wish to succeed will need have a more flexible operating structure and rapidly adopt the latest innovations into their business models.

This dynamism is built into SmartOwner’s DNA. When Chari came back to India after running his own real estate firm in the US, he decided that there was no reason an Indian company couldn’t operate under international quality standards. “A lot of Indian companies have fantastic underlying business models, but lack the dynamism and drive you find in more developed markets. I wanted to create a truly-world class operation in India,” he explains. As a result, the firm possesses a uniquely global outlook in areas ranging from hiring practices to architectural specifications.

Take the notion of finding clients, for example. Indian real estate is a traditionally local business, and most NRIs tend to only invest in areas where they or their family members are from. As a result, it can be quite difficult for a real estate firm in Bangalore to attract clients from across the globe. SmartOwner, though, has no such difficulty. Because all of its offerings adhere to an extremely rigorous level of due diligence and safety (the company only funds 1% of the deals it examines), SmartOwner has been able to tap into the entirety of the Indian diaspora. Today, it has clients from 43 countries and over 500 cities all across the globe.

This international focus doesn’t stop with acquiring clients. The HR Department in SmartOwner specifically recruits talent with experience abroad. According to Diana Mathew, Director of HR, “having spent time working in multiple markets gives a candidate a variety of perspectives. Each country has its own way of doing business, and bringing a bit of Silicon Valley to Bangalore can create a catalyst within the workplace.” Additionally, the company focuses on international expertise when selecting a new Board member; the majority of SmartOwner’s Directors have business experience in multiple countries. Chari, for example, sold million-dollar homes to Grammy Award winners in America prior to founding SmartOwner.

As Chari views it, this global outlook has a synergistic effect: acquiring a capacity to execute abroad and a reputation as a top-tier workplace makes it far easier to both close deals in and hire employees from multiple markets. “Once you’ve built up enough in-house global talent, launching an international asset class or recruiting from the world’s best candidates becomes just another part of the job,” he explains. “Going forward, we anticipate a substantial part of both our business and our employees coming from outside of India.”

Such expansion plans require an international-quality workforce, so SmartOwner is aggressively recruiting from the world’s best talent. The company is betting that foreign talent will be wooed by a combination of opulent housing and compensation options, English-speaking colleagues, and the chance to be a part of the great Indian growth story. For a cash-strapped millennial paying $14 a meal in New York City or London, the allure of a company-owned villa, a walk-to-work commute, and $2 lunches is hard to ignore – and that’s not mentioning the career opportunities that come with working at India’s fastest-growing FinTech firm. “The developed, world hasn’t realized just how exciting working in India today really is,” says Ms. Mathew. “You get to witness a country of 1.3 billion people modernizing before your eyes. The professional and personal growth such an opportunity offers really is something special.”

As the company expands into new verticals and countries, the flexibility of its underlying business model makes growth abroad as simple as possible. “On a fundamental level, discretizing a high-ticket asset and offering it to HNIs is a model that transcends any specific asset class, whether it’s Indian real estate or mega-yachts in the Mediterranean,” explains Chari. “For example, we’re currently looking into funding private game reserves in Kenya’s Maasai Mara region. If the opportunity is truly world-class in terms of security and the IRR, we’ll go ahead.”

This international diversification naturally lends itself to an expansion of high-asset opportunities. As the company begins funding opportunities in different countries, it will be able to target citizens of those countries, as well as proffer these offerings to its Indian clientele. On top of this, the firm is working on a proprietary investment model that will allow international participation in the South Asian powerhouse’s property boom. This access to foreign capital is a plus for the company’s Indian client base as well; with resources in more markets, SmartOwner will be able to participate in more and more lucrative deals, meaning new opportunities.

Between bringing employees from abroad, offering properties in Bangalore to investors in Boston, and expanding into any high-ticket asset class, SmartOwner is well on its way to becoming one of the world’s leading FinTech companies. As India continues to zoom ahead in terms of economic growth and rapid development, companies like SmartOwner will be comfortably positioned where they want to be: in the driver’s seat.

tweet
share on Facebookshare on Twittershare on Pinterestshare on LinkedInshare on Redditshare on VKontakteshare on Email
Megan BatchelorMarch 21, 2018