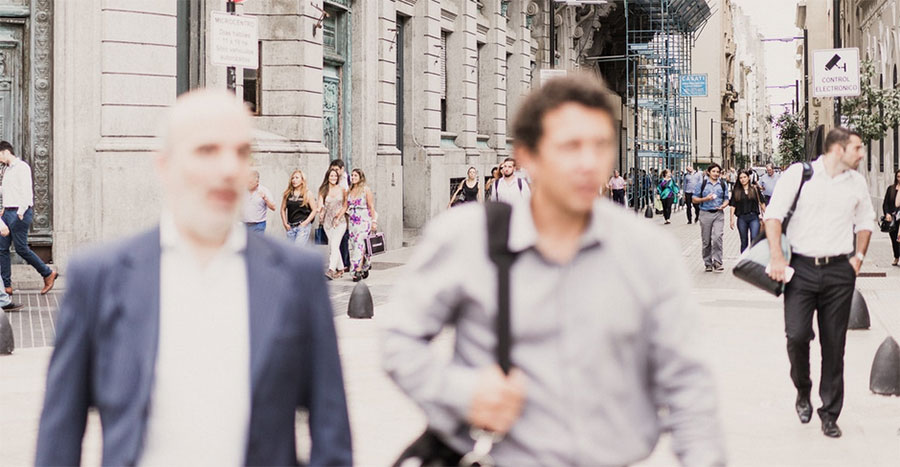 New technologies that promise to “change the game” seem to come and go daily in the digital era. Blockchains might seem to fit into this category. But its numerous attributes and versatility make it stand out from the pretenders. In fact, blockchain’s security, transparency and ability to dramatically reduce transaction costs may transform entire industries.

According to an article by Forbes, the market for blockchain-related products and services was just $242 million in 2014. By 2022, however, that figure is expected to surge to $7.7 billion. Such remarkable growth raises several intriguing questions about the technology and its potential. Among them: How are companies using blockchain now? Should I consider adopting it? What are its future applications? But foremost, what exactly is blockchain anyway?

First created to support Bitcoin, the unregulated cryptocurrency that requires no central bank, the framework of blockchain has since proven versatile and adaptable to many other uses. Fundamentally, blockchain is a digital ledger system with no central authority. Instead, ledgers are shared among individual computers, or “nodes.” For a new entry to be added to a ledger, the majority of nodes must agree that the entry is correct and that the integrity of the entire chain of interconnected blocks is intact.

Because it’s decentralized, blockchain adds an unprecedented layer of security to the ledger as there is no central computer to attack. In addition, each “block” in a blockchain is made up of ten transaction records. These blocks are linked together by a special key — known as a “hash” — that uses encryption to connect older blocks into a chain with newer ones. The hash is derived from information in the block, so if any data in the block is changed, the hash is invalidated and all subsequent, dependent blocks are also made invalid as well. For a hacker to falsify the ledger, then, he would need to effectively forge every subsequent block from the tampered one while simultaneously convincing the majority of nodes validating the entry that his version of the ledger was the valid one. That’s a daunting task indeed.

Additionally, this engrained security allows for a “trustless” system, meaning parties and computers do not have to know or trust one another to transact. Though much of blockchain’s architecture relies heavily on cryptography, the transaction data in the block itself is not encrypted and therefore public. This fosters transparency, and ultimately trust, in a trustless system.

Blockchain is not without its growing pains, however. Three issues currently hamper the technology:

Improvements to the original blockchain technology are being made daily and these and other issues will be overcome.

Companies on the Cutting Edge

Companies across every industry are finding success in implementing blockchain technology.

IBM has joined the Hyperledger, an open-source blockchain project started in 2015 by Linux Foundation that supports the collaborative development of blockchain-based ledgers. It has gained support from top-grossing companies including Accenture, J.P. Morgan and SAP.

IBM has focused on utilizing blockchain alongside its artificial intelligence software, Watson, to develop applications such as machine learning, diagnostics, and machine-to-machine communications and payments.

Earlier this year, Comcast announced its Blockchain Insights Platform, which is designed to enable brands to make ad buys on both broadcast and over-the-top TV. The new platform comprises corporations such as Disney, NBC Universal, and Mediaset Italia, and will enable marketers, publishers and programmers to share data through the decentralized repository.

As blockchain continues to evolve from its bitcoin roots, it grows more sophisticated. Etherium for example is one company that has enhanced blockchain technology to provide code for blockchain miners to execute on anyone’s behalf. This has the potential to make the internet “smart”. The Internet today uses a “thin” protocol that relays messages around the world via text. All the hard work, however, such as displaying search results, is done on the receiving servers. By embedding software within the blockchain itself (dubbed “Fat Protocol”), functions can be carried out by miners for payment, thus reducing or eliminating the need for corporate servers.

The potential is huge. Anything from stock trading and settlement to credit verification can be executed by public computers using blockchain at perhaps much lower cost. It is this kind of revelation about the technology that is causing all the furor.

Walmart and other multinationals such as Unilever, for example, are working with IBM to develop blockchain technologies that will optimize supply chain traceability. Walmart’s experience in this realm has so far proven successful. In a controlled experiment, the Arkansas-based giant used both a traditional method and blockchain technology to trace even a single package of mangoes back to its origin. According to Fortune. the traditional method took more than six days. Using blockchain? Two seconds.

Elsewhere, the technology is being used by BAE systems, a British defense contractor, to compile cyberthreat data. Healthcare software companies Pokitdok and Gem use blockchain for electronic medical record management. Accenture is working alongside IBM and the United Nations to create a blockchain that tracks digital identities to better monitor the movement and care of refugees.

The Future is Now

The internet is the foundational invention of the digital age. All that has come after it has been enabled by it. It was a paradigm shift in how people and machines communicated, and it continues to spawn new services and innovations such as Alexa and the Internet of Things.

Like the internet, blockchain represents a paradigm shift to trustless exchanges that enable transactions, but can also perform all kinds of computer work in a decentralized open-source manner, likely at very low cost. The power of the technology and its myriad uses are only now emerging as blockchains make their way into commercial use. CEOs should consider adding the blockchain to their arsenal of innovation now and be on the alert for projects and partnerships that could more fully and cheaply automate their businesses.

tweet
share on Facebookshare on Twittershare on Pinterestshare on LinkedInshare on Redditshare on VKontakteshare on Email
Featured columnistsMarch 2, 2018