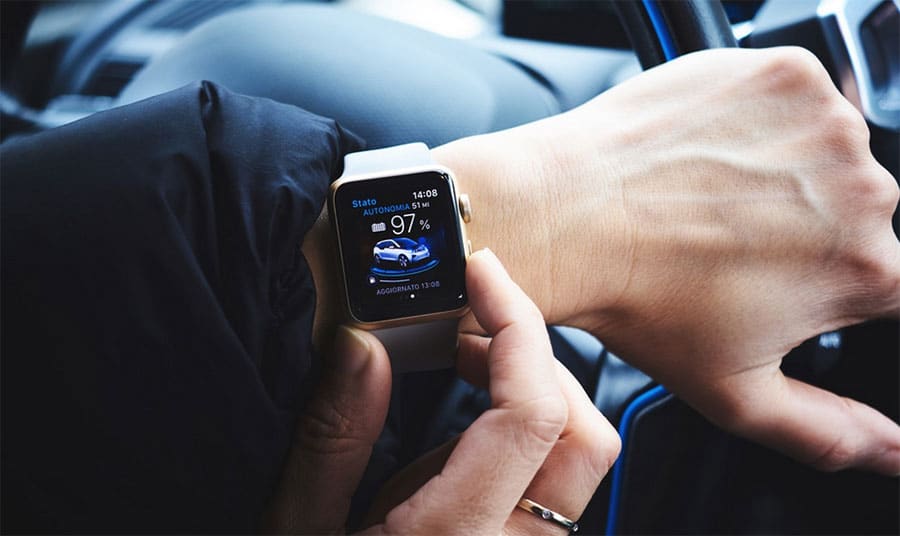 Wearable tech has been encircling us for quite a long time, but yes, it has not emerged as cutting-edge one and not able to drive as many users as it ought to have.

Well, the scenario is altering presently, and wearable tech is now on the go. Apple watch, FitBit, Google Glass, HoloLens, and Pebble are some wearable tech that is in the buzz.

Convenience and flexible usage are the juicy titbits driving wearable tech. For now, we can say that this has overcome development stage and blooming the market. Let’s introduce you to the statistical facts to make you believe this is not mere porkies but the real eye-opening scenario for the mobile app development companies.

The journey started off in 2000 with the first Bluetooth headset, followed by GoPro in 2004. Later, Google Glass was a massive one in 2013 being the first voice operated display product conjoining hands-free internet access with AR and image capturing feature. The number of the connected wearable device across the globe is predicted to jump from 325 million in 2016 to 830 million by the year 2020. Keeping aside all other things, just the wearable wrist devices are expected to ship 170 million units by 2020. By the year 2018, the sale of the smart watch is expected to reach 141 million units with an estimated increase of $12.6 billion across the globe. Fitness trackers are currently leading the market by capturing almost 61% of the market of entire wearable solutions covering a revenue of almost $700 million of the industry.

The statistical data represented above clearly depicts the emerging trends of wearable app development. Users are always in need of flexibility and mobility and business is in hunt of efficiency. The wearable app market is touching the sky height but developing it not an easy peasy job. The wearable app market is right on the rise and this is the time to hit the hammer. Competition is not on the cut-throat level and you can be an opportunist by hitting the sector at the right time. It is considered as one of the masterpieces of IOT. Developing such apps is not kids play and roadblocks that come in the way are monstrous and several developers, end up making a clunky app and fall right on their face in seducing their customers. Let’s dive in to scrutinize challenges that developers face during wearable app development.

Tablets have jumbo size, cell phones have averagely big size, but when it comes to wearable devices, it has really small size. You got my point, right? Interaction of users with smartphones and this device is significantly different. Managing functions on a small screen can go really wrong which gives a cluttered UI leaving the users irritated. These devices don’t have room for trendy and visibly big icons. The prime focus is laid on easy navigation and clean yet functional screen. Voice activated commands and passive data collection are the resort out to avoid small screen interaction of the user. Gestures for call receiving and messaging are installed to avoid touch-based usage. Sound or vibration based notification is also considered for rapid and summarized info.

2) Secure is the Best Cure

Users lag back in buying such devices on the grounds of the lack of security and privacy issues. According to a study, almost 51% of the users don’t put their feet forward for investing in these devices due to lack of security. These devices are working on the privacy loopholes and also communication for enhancing user experience. Well, on a contrary, their data sharing features have their own pros. They need to be ultra careful when details about financial and health sector come in the way.

These devices do run on battery and users are always lazy to charge frequently. First laptop, then cell phones and now also wearable, this is annoying on the part of the users and hence, if your app consumes higher battery, it will be right away thrown out.

Small screen and low cost resulting in low memory of these devices. App developers also deal with this challenge as they have to come up with an app with all the pros that too with less memory.

The majority of these devices are tethered devices depending upon large devices for accessing all the feature of the app. Well, they will be of no use when the tablet or cell phone to which it is connected runs out of battery or stops working.

Well, this sector has been the buzz for quite some time only. The flourishing rate has been quite stagnant with the old ones leaving the market with the entry of new one. This signifies that mobile app development should buckle up their shoes and go on the rapid app development to cater the upcoming app needs.

Rich List Index: The World’s 100 Billionaires; Meet The Richest People On Earth.
World’s Top 20 Largest Gold Producing Countries: China, Australia, Russia, and The US Tops Again.
Top CEOs And Business Leaders On Twitter: You Should Be Following.
Must Visit Luxury Travel Destinations For 2018.
World’s Best Countries To Do Business In 2018.