CEOWORLD magazine - Top Stories - Executive Education - 3 industries that will be hot for CEOs in 2018, Shhhh… Listen! 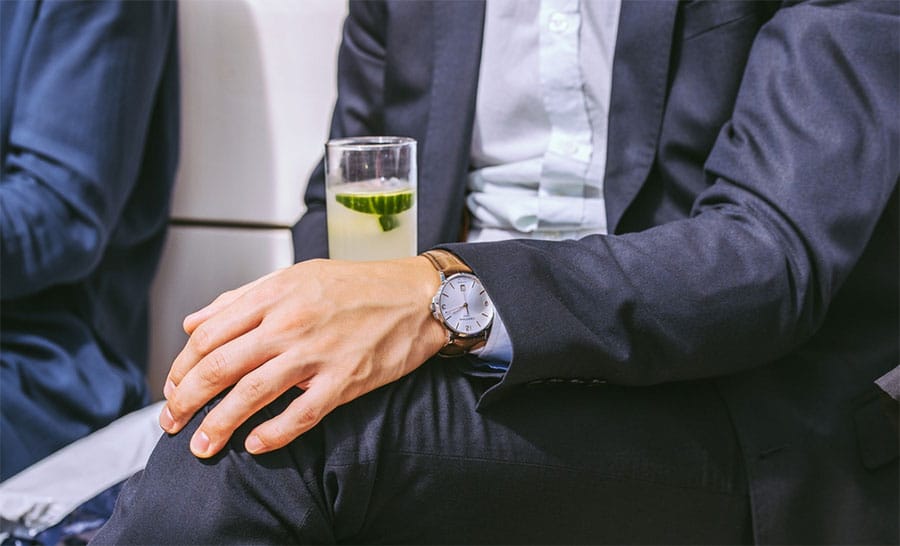 Chief executives, entrepreneurs, and investors are always on the lookout for the next big thing, and this year, commentators have touted a variety of growth areas such as drones, virtual reality, the gig and sharing economy, and alternative travel.

But it’s easy to miss the opportunities in more traditional industries – and because they are overlooked, these are the places where business leaders can often find the most significant upside.

When we think of wholesalers, we immediately imagine huge warehouses full to the rafters with boxes of widgets. Or shipping crates packed with cheap hairbrushes from Asia. But that’s not the whole story.

Wholesale has come a long way in the last ten years, and many of the most innovative and fast-growing companies are online only. But before you dismiss the idea as having no potential, think about this: retail customers are getting more discerning and more demanding every day – and they’re more fickle than ever before.

This leaves retailers with a challenge. They need the constant stream of new and exciting products to keep their customers loyal and happy.

In fact, in a global study by Accenture undertaken in 2017 they found that 61% of customers have switched loyalty from one brand to another in the past year alone, and despite all the money spent on customer loyalty programmes, 77%  of all consumers say they now retract their loyalty more quickly than they did just three years ago…

Because of these trends, there is now a place in the market for agile smaller companies who want to broker deals between suppliers and retailers to meet the daily changing – and almost schizophrenic – demands of today’s consumers. While it might feel like the hulking giants, like Amazon, have an unstoppable advantage, that’s not always the case: by staying small and specialized, new supply chain operators can build longer-term relationships that the Giants cannot and spot trends before anyone else.

The fidget spinner craze is a fantastic case in point. According to FOX Business, by May 2017, more than $500 million of the devices had been sold. If a smaller agile company had been using all its intelligence and market insight to spot this craze and jumped straight into the supply chain between suppliers and retailer earlier on – potentially closing exclusivity deals with suppliers, there would have been a lot of money to have been made.

Savvy executives and investors need to have the in-depth consumer intelligence to be able to predict and forecast these trends. There has never been more information available to us at our fingertips. For example, it is now possible to track global ‘searches’ on Google, Bing, and other search engines to follow unexpected upticks in interest for specific topics.

If executives can capably digest and automatically analyze this data to find new ideas, there is ample opportunity in the wholesale industry.

Data is vital not just when a business is starting out, but all the way through its growth cycle. But remember to keep your eye on which data is valuable, and which is just padding. As John Hunter, digital and social media manager at EDF Energy says: “Everybody talks about big data, but it’s not about big data, it’s about finding the valuable data, the useful data.” 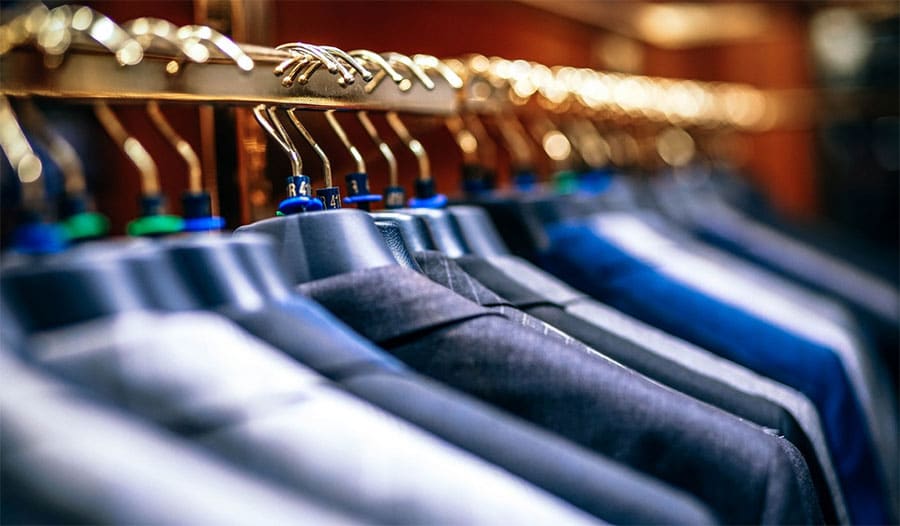 Retail is another hot trend for 2018. Despite the media gloom surrounding the high street, much of the news is good and set to get better, mainly because people’s buying habits are changing. The very fact that customers have higher expectations and are more choosy than they’ve ever been provides entrepreneurs with an unexpected opportunity.

While the larger retailers do have the buying power, they don’t have the time to search out the niche products that customers want.

People want the satisfaction of discovering new products for themselves and they’re much more willing to try new products and stores.

This means that they’ll search the internet for longer to find just the right thing, and they’ll travel further to check out a new store and purchase exactly the item they want. This evolution has encouraged some of the more visionary retail entrepreneurs to begin looking at what customers want and meeting these new expectations.

In fact, according to research by Colliers published in their 2017 retail spotlight report, 70% of American consumers say they are now focusing on buying the right product rather than buying lots of products, and more than 50% go further to seek out bargains and offers to make their money stretch further.

Raymond Joabar, the executive vice president at Amex, agrees that customers’ habits are changing: “Service is a fundamentally different game than it was even a few years ago. Emerging technologies and changes in how customers experience service across industries have raised the bar.  More than ever, customers judge every interaction with a brand against their last best experience, and those experiences are increasingly hyper-personalized, instantaneous and connected.”

In the UK, Philip Day, for example, the owner of the Edinburgh Woollen Mill has gone against the grain and begun opening a new national chain of department stores, Days. And in the US multiple stores recently announced plans to expand in 2018, including Dollar General, Dollar Tree, Family Dollar, Aldi, Lidl, Five Below, and Hobby Lobby.

One of the most overlooked industries for growth is the health food sector. But this is changing fast. Customers are increasingly concerned about what they’re eating, animal welfare standards and the environment. These concerns have made people turn to what they see as more ethical and healthy alternatives such as meat-, dairy- and gluten-free options.

In the UK, ethical food and drink such as organic, fair-trade and free-range rose to £9 billion in 2015, 9.4% of all household food sales, according to its government. People are also eating less meat. U

K high-street supermarket Tesco reported recently that demand for vegetarian and vegan ready meals and snacks at their stores has risen by a whopping 40% in the past year. Similarly, in the U.S. people are choosing to lead meat-free lives. According to GlobalData, there has been a 600% increase in people identifying as vegans in the U.S in the last three years.

Many of the biggest global food and drink giants have already spotted this trend and started to try to make in-roads in the health sector.

And finally, Coca-Cola has over the last few years launched many healthier drinks under brands such as Vitaminwater, Glaceau Smartwater, and Honest Kids.

In 2015, Nestle USA removed all artificial flavors and FDA-certified colorings from its chocolate candy products; Taco Bell removed artificial colors and flavors and cut added trans fats from their menu. 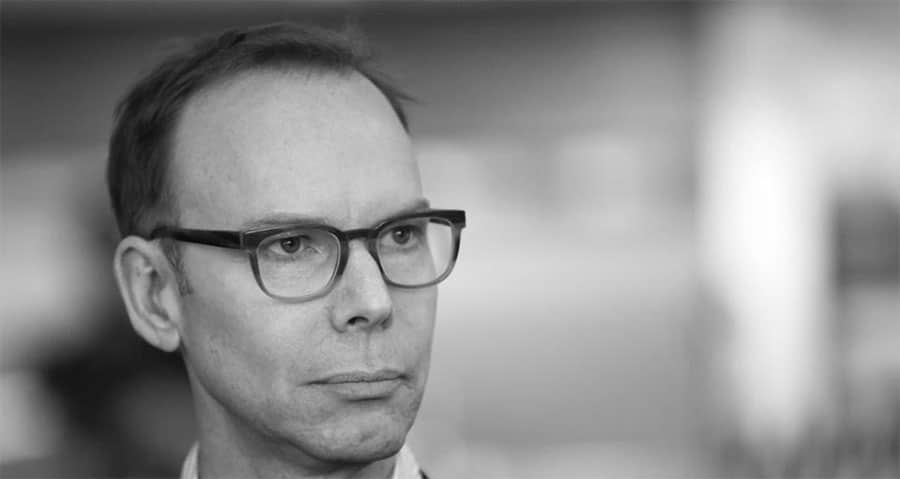 Similarly, Chipotle now use non-GMO corn, and Steve Ells, founder and co-chief executive of Chipotle, said at the time: “Just because food is served fast doesn’t mean it has to be made with cheap raw ingredients, highly processed with preservatives and fillers and stabilizers and artificial colors and flavors.”

If you’re an entrepreneur looking for an industry to call your home, don’t discount the obvious.

Tech-related startups can see rapid initial growth if the idea catches on, but startups in traditional sectors such as wholesale, retail and food and drink can stay the course and just as quickly grow into empires.

CEOWORLD magazine - Top Stories - Executive Education - 3 industries that will be hot for CEOs in 2018, Shhhh… Listen!

tweet
share on Facebookshare on Twittershare on Pinterestshare on LinkedInshare on Redditshare on VKontakteshare on Email
Sharon FishburneFebruary 7, 2018