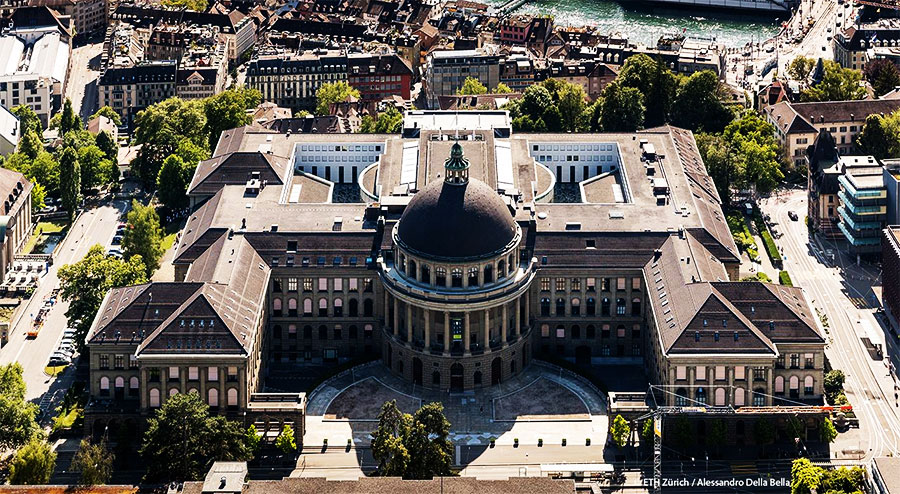 Switzerland’s six federal institutes of technology account for 98,000 jobs and $14.24 billion in added value to the economy, according to a report by British consulting firm BiGGAR.

In 2016, the two Federal Institutes of Technology: ETH Zurich and EPFL employs around 21,000 staff and has an annual budget of $3.75 billion.

However, the estimated gross added value to the economy, is almost 4 times as much, at $14.24 billion.

The report also claims that another 100,000 jobs in Switzerland depend on the federal technology (ETH) domain, which means that each staff position is responsible for the creation of 5 more.

The six members of the Domain of the Swiss Federal Institutes of Technology (ETH Domain) are:

The ETH Domain is governed by the strategic unit Board of the Swiss Federal Institutes of Technology (ETH Board). Dr Fritz Schiesser is the president of the ETH Board and the chairman of the Executive Committee since 2008.

tweet
share on Facebookshare on Twittershare on Pinterestshare on LinkedInshare on Redditshare on VKontakteshare on Email
Prof. Dr. Amarendra Bhushan DhirajFebruary 6, 2018