Not surprisingly, Trump Hotels and CNN (Cable News Network) are the top two most polarizing brands in America, according to Morning Consult survey. After Trump Hotels are: CNN; Fox News and NBC News, tied at No. 3 spot; New York Times; and MSNBC and the NFL, tied at No. six on the list.

It’s also worth knowing that with the two exceptions (Trump Hotels and the NFL) top ten is comprised entirely of news media companies. Morning Consult surveyed more than 300,000 people to determine the most polarizing brands in the United States. Anyways, here’s a broader look at the data.

The firm has created a list of the most polarizing brands that divide Democrats and Republicans, chief among them news outlets such as Fox News, CNN, NBC, the New York Times, and MSNBC.

The Most Polarizing Brands In The United States  Trump Hotels 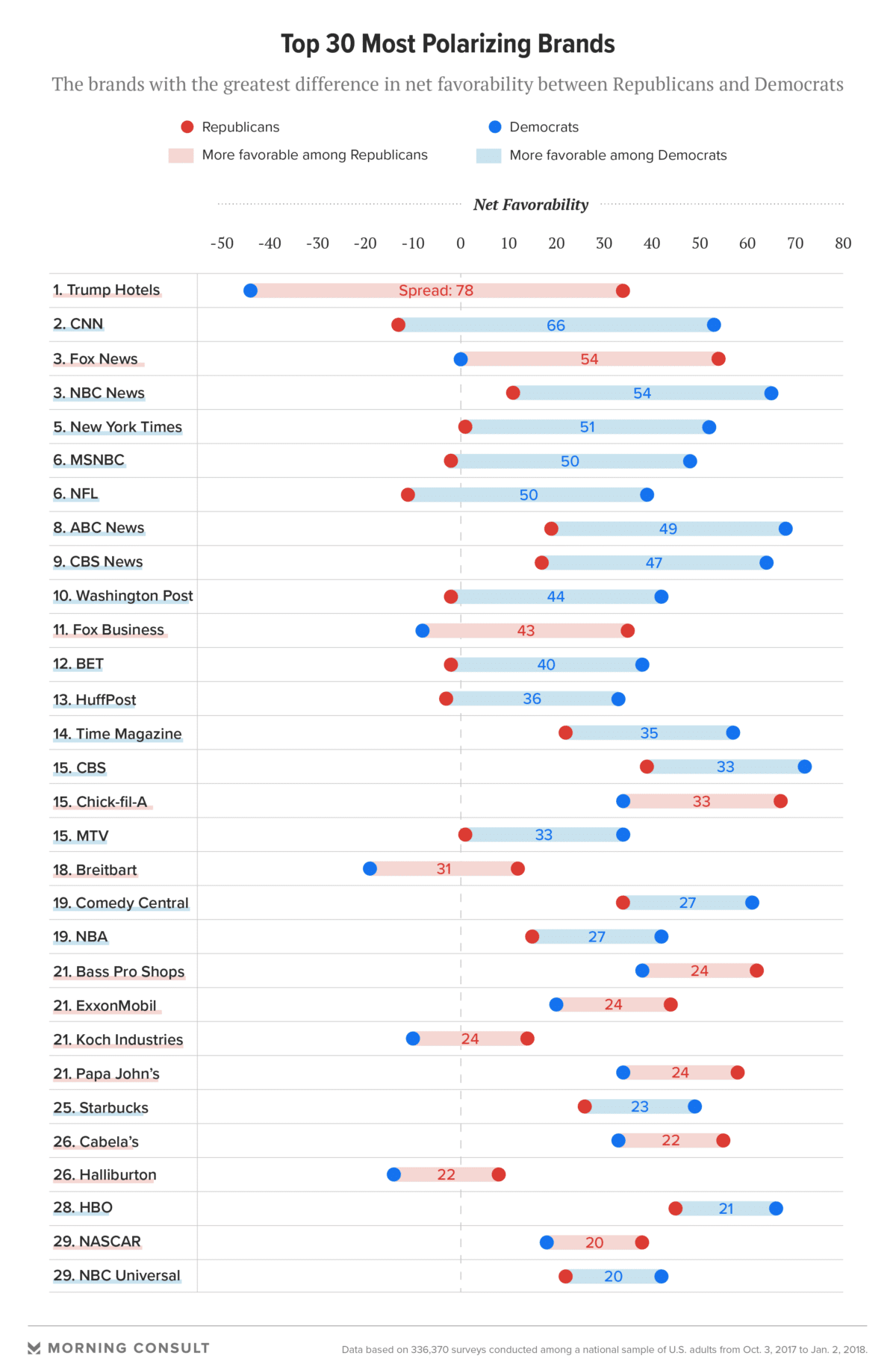 tweet
share on Facebookshare on Twittershare on Pinterestshare on LinkedInshare on Redditshare on VKontakteshare on Email
Prof. Dr. Amarendra Bhushan DhirajJanuary 29, 2018