Many of us at one point have had to go to Germany for work. If the business involved an international trade fair, either attending as a visitor or exhibiting, then the chances of it being in Germany are really high.

From being a leader in manufacturing, automotive, engineering – the largest country in the European Union (EU) of 80 million people can also add international trade fairs as another accolade in its know-how. But how did Germany become so good at this?

The modern trade show is a simple concept dating back in history, where people would gather to buy and sell goods, as well as to learn from similar people and understand trends. Despite the massive innovations that have happened in the world, the idea of gathering people and having the face-to-face is still important.

Trade shows are big business. At present, there are consumer fairs, which are open to the public, as well as those that businesspeople are more aware of, which are the trade fairs, which generally are either mainly those for people in the industry or their stakeholders such as journalists.

According to Statista, some of the largest exhibition halls in the world are found in Germany, among them are Cologne and Düsseldorf’s Exhibition Centres. However, Hannover’s Messegelände (first place) and Frankfurt’s Main Exhibition Ground (third place) were in the top three of the largest exhibition halls as of 2016 extending 463,165 square meters and 366,637 square meters, respectively.

Germany relies heavily on trade show visitors, as many come not only from the domestic market but also abroad. In 2016, roughly 10.54 million people went to visit a trade fair, according to the Association of the German Trade Fair Industry (AUMA). Every year in Germany, around 150 international trade fairs and exhibitions take place, not to mention innumerable regional trade fairs for trade visitors and consumers, attended annually by around 50,000 exhibitors and 10 million visitors. 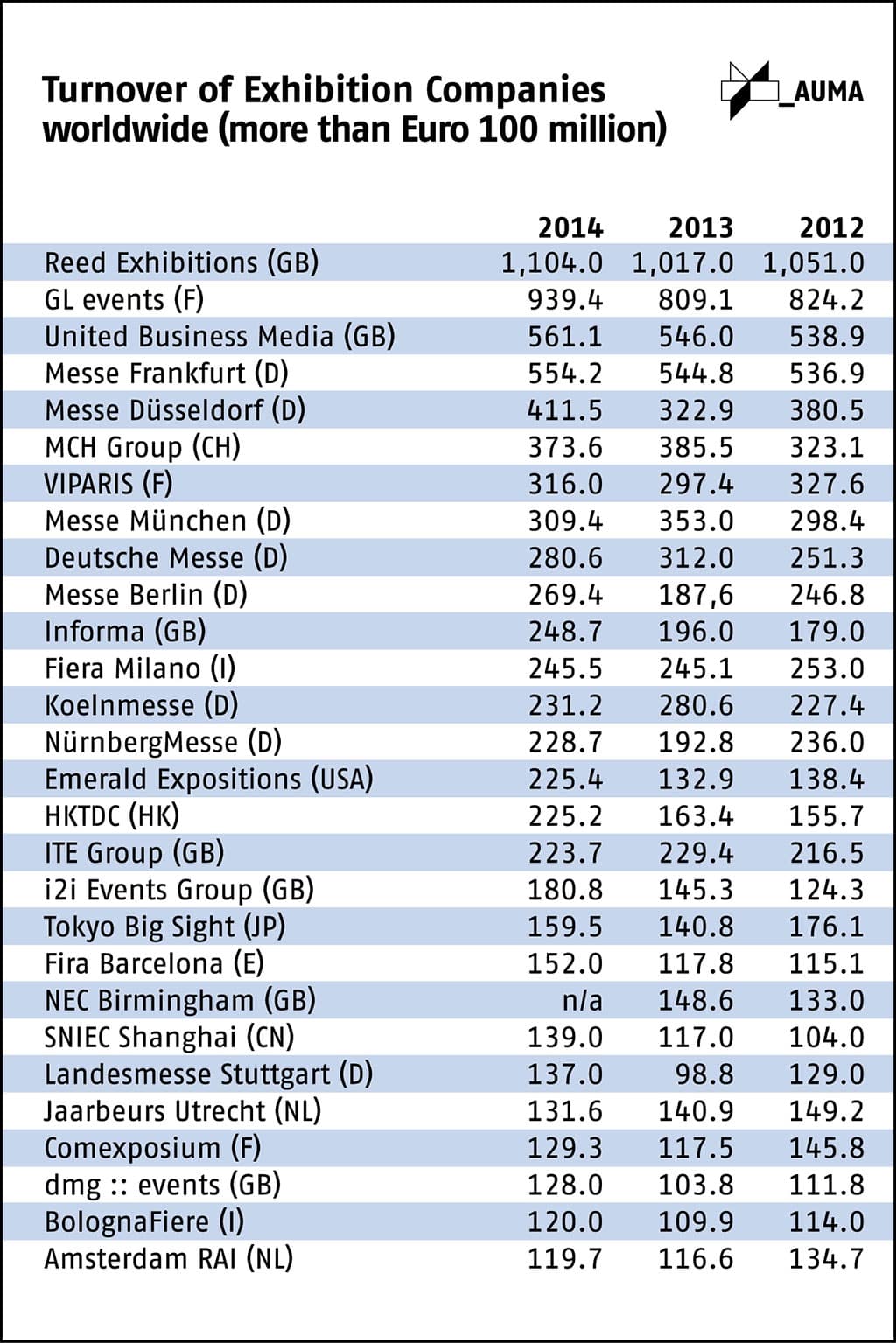 Looking at turnover of exhibition companies it is clear Germany is also a leader, taking 5 of the top 10 spots.

Some of those include, which many will know of in their respective sectors, the following:

COMPETITION FROM OTHERS AND GERMAN EXPORTABILITY

Although Germany is a leader in the trade show world, there is still heavy competition, such as the United States and other European countries like the United Kingdom, as well as other countries like Spain, France and Italy. For instance, there are some key global trade shows that are not in Germany – Mobile World Congress (Barcelona, Spain), Farnborough Air Show (Farnborough, UK), SIAL (Paris, France), Paris Air Show (Paris, France), and International CES (Las Vegas, USA). In addition, there are increasing footprint and regional superstars that have started taking a share in their own high-profile trade shows. There are cities like Dubai. Dubai, not just in the Middle East but on the global stage has become a hub for trade shows, hosting the important food show Gulfoods and what many in the healthcare industry argue is probably now the second most important trade show in the world (after Medica) in terms of size and relevance – Arab Health.

Saying this, Germany has been an economy reliant on exporting. Last year Germany, unlike many countries such as the USA and the UK, actually had a trade balance of 31.5 billion Euros ($37 billion USD). Many globally know that Germans are great at exporting their high-quality goods both in manufacturing as well as services. With the ladder, trade show know-how is something they have done. Some of Germany’s key and high-profile international trade shows now also have sister trade shows which have a regional focus, in particular in emerging economies. For example, popular shows in their respective industries like Fruit Logistica and Prowein now have their own shows in Asia – with the former there is Asia Fruit Logistica in Hong Kong and a newly launched one called China Fruit Logistica. Also, quite a few of the German exhibition companies, such as Dusseldorf Messe, now have subsidiaries around the world, such as in Asia, to cater to the growing market there for trade shows.

For Germany to continue being a leader in the trade show world, like what it has done as far as its economic development, the country must keep being innovative in the way it delivers trade show and exporting that knowledge for the betterment of the rest of the world, in particular emerging economies. Germans generally have a positive reputation in the business world and in the trade show world, especially for those who have been to a trade show – both in Germany or in the rest of the world – that is clear. 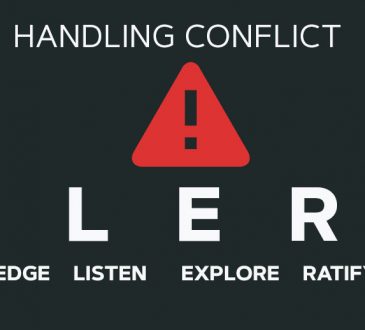 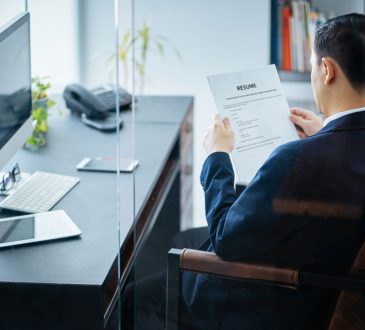