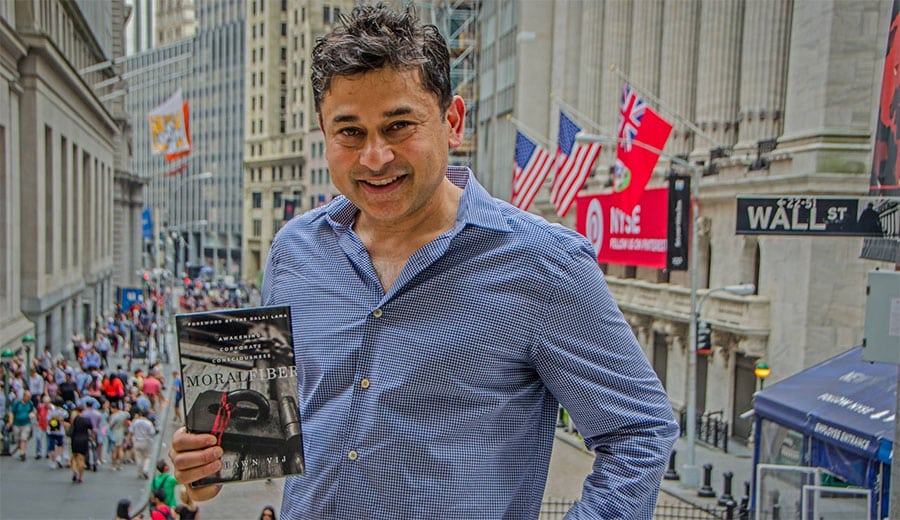 It’s easy to point at a poor leader and recognize traits — duplicity, the blame game, slippery ethics, and so much more. It’s also easy to wonder if those same traits are present in a good leader — they’re just better at execution. But the answer is no: those traits don’t make for great leadership.

So what does make a great leader?

Is it full transparency or need-to-know discretion? Is it chameleon-like ease in any situation? Is it top-down but sure-footed authority, with a strong focus and an expectation that everyone will toe the line? Or is it a fast-and-loose directing style that gives people their head and allows them to take the initiative, go out on a limb, and strive to excel on their own?

The Power of a Moral Core

Actually, it’s none of those. The single greatest quality that marks great leaders is an unshakeable moral core. Great leaders live and work according to their values every day. Everything else, including these four key values, comes from that foundation:

Respect. When a leader holds fast to his or her core values, mutual respect comes naturally. Consider the recent scandals involving workplace harassment — from Uber to Hollywood, and even NPR and the TED talks — are in a large part connected to the issue of respect. We’re also seeing some major careers come to a momentary stall, if not a crashing halt, as profoundly disrespectful behavior comes to light. It could have happened far in the past, but it mars our impression and it tarnishes their reputation. The best leaders model mutual respect as part of their decision-making and business doings — in past, present and into the future. They include care and understanding as part of their daily behaviors, which in turns inspires their teams, who feel safe, valued, and therefore, loyal.

Loyalty. Speaking of loyalty, Starbuck’s Executive Chairman Howard Schultz penned an utterly searing Op-Ed for The Financial Times about the problem of leaders not seeing themselves as part of the bigger picture — loyal to humanity and the greater good as well as to their enterprises. He was writing in the aftermath of the divisive attacks in Charlottesville, when the whole country’s moral core was called into question. But his viewpoint applies to endless situations. Loyalty is critical to driving agile decision-making and sustaining good relationships with colleagues and customers. When a leader can stress loyalty throughout the organization, it binds everyone together with an undeniable sense of collective trust. That trust, in turn, drives alignment.

Honesty. For a business leader, honesty is a form of currency, building a foundation of trust and collaboration. It also requires leaders to be confident enough to reveal their own vulnerability, authenticity, and integrity — which means it starts by being honest with themselves. Seasoned executives who have reached professional maturity may come by it naturally. They learned long ago and from past experiences that in the end, it’s far more advantageous to embrace their own moral values and beliefs. These leaders can also teach the next generation how to be strong yet open enough to never forget there’s a human element in all of this. By virtue of their own self-accountability, they teach the next generation how to be accountable for their own decisions and actions. Honesty certainly drives accountability, inspiring others to do the same.

Compassion and empathy. Can business run on compassion? Absolutely: Great leaders can set aside their egos and listen with sincerity, humility, and empathy. Whether it’s hearing out their colleagues, clients, customers, or their communities, they are grounded enough in their own beliefs to make decisions that factor in the needs of others, and respect others’ points of view. Compassion requires strength: rather than shaken by opposition, a leader works to understand that the other side — and are interested in knowing as much as they can about it. This combination of compassion for others and empathy is an intensely powerful position from which to negotiate, as well. It’s a unifying force that builds trust instead of division. It drives collaboration and cooperation instead of factionalism. And as the Dalai Lama noted, “Compassion reduces fear, boosts our confidence, and opens us to inner strength. By reducing distrust, it opens us to others and brings us a sense of connections with them and a sense of purpose and meaning in life.”

Strong leaders that stay grounded in their own core values can make strategic business decisions that combine organizational needs with community benefit, without diminishing either in the process. It takes work to recognize just what those values are — and that can include some dedicated self-exploration. It’s worth it. As we see more and more leaders taking a stand, it’s becoming clearer that operating without keeping sight of the need for compassion can have far-reaching consequences. As our moral core is etched into sharper focus, we’re seeing senators argue for country before party, and CEOs insist on innovating for a sustainable future instead of just present profits. We’ve witnessed board members who step in and insist on repairing a toxic workplace. They’re not just doing it for the sake of the organization’s people, but also for the long-term viability of that organization itself. We’re at a crossroads, as described by Chairman Schultz. What’s going to keep us headed in the right direction — towards a strong and vibrant society as well as a healthy economy — is our moral compass, straight and true, and the values that radiate from its core.

Have you read Shawn Vij’s book?

share on Facebookshare on Twittershare on Pinterestshare on LinkedInshare on Redditshare on VKontakteshare on Email
Shawn VijNovember 21, 2017

Shawn Vij is an accomplished business leader who has over 25 years of Industry and Consulting experience. He has worked in various leadership positions for Ford Motor Company, Ernst & Young, VISA, Deloitte Consulting, Microsoft, and Intel Corporation. He holds an MBA from Purdue University, an MS in Engineering from the University of Michigan and a BS in Mechanical Engineering from Michigan Technological University.
view all posts