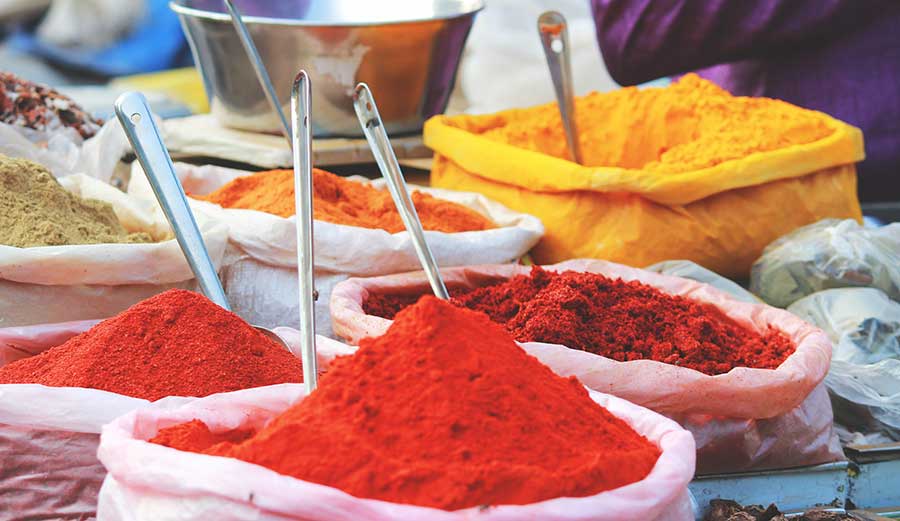 Where do you really, really want to visit? Where have you always wanted to explore? What have you always dreamt of doing? If one really wants to imagine, I reason, one should begin by encircling oneself with taste and aroma; in search of treasure (not to diminish the zeal) for insight of Indian culinary wealth. The Indian culinary vault is now a gorgeous terra-nean pool, but we are drawn in by the western instinct, that gives off a modern, upgraded societal vibe, a heavy portrait of surpassing from our roots.

India is the most populous democracy in the world. The state and union territory capitals are sorted according to the administrative, legislative and judicial capitals and the varied list of capitals unknown to many Indian domiciles (I guess) Shilong was the joint capital of Assam and Meghalaya until 1971.

Indian cuisine encompasses a wide variety of regional cuisines native to India. Given the range of diversity in soil type, climate and occupations, these cuisines vary significantly from each other and use locally available spices, herbs, vegetables and fruits. Indian food is also heavily influenced by religious and cultural choices and traditions. Indian cuisine has been and is still evolving, as a result of the nation’s cultural interactions with other societies.

Indian cuisines are related by significant usage of spices, and by the use of a larger variety of vegetables than most other culinary traditions. In addition, a balanced Indian diet is considered one of the healthiest in the world. I cherish both my stomach and hand-mouth coordination for a real motherly meal from my motherland everywhere anywhere I travel or live. The current chef’s population is large enough to support the retrieval of richness of long-lost well of individualistic state, U.T., community, sect culture.

I insist on adding a FOODIE CAPITAL to the list which will further be grouped under sub districts. Every single Indian delicacy cooked is an existing enterprise of culinary pleasure; gaining world recognition for just that, which specializes in showcasing authentic local cuisines around the world. In search of similarly dreamy environs, I trek INDIAN MUSEUMS of Food. Capital” can mean many things. Its specific definition depends on the context in which it is used. In general, it refers to financial resources available for use. Companies and societies with more capital are better off than those with less capital. We have culinary resources and so much in abundance

Every region has their story to say owning the existence and maintaining the culinary fervor today; making them eligible for the title of foodie capital. It could count as many countries, as many states more than that are the foodie capitals only in India every nook and corner of the country, state, city, town, village, street, home etc. The importance of staple food crop intensifies in driving and supporting pro-poor growth in poor rural areas of India. The staples of Indian cuisine are rice, atta (whole wheat flour), and at least five dozen varieties of pulses, the most important of which are chana (bengal gram), toor (pigeon pea or red gram), urad (black gram) and mung (green gram). Chana is used in different forms, may be whole or processed in a mill that removes the skin, eg dhuli moong or dhuli urad, and is sometimes mixed with rice and khichri (a food that is excellent for digestion and similar to the chick pea, but smaller and more flavorful). Pulses are used almost exclusively in the form of dal, except chana, which is often cooked whole for breakfast and is processed into flour (besan). Most Indian curries are fried in vegetable oil. In North India, mustard oil is traditionally been most popular for frying, while in Western India, groundnut oil is more commonly used. In South India, coconut oil is common. In recent decades, sunflower oil and soybean oil have gained popularity all over India. Hydrogenated vegetable oil, known as Vanaspati ghee is also a popular cooking medium.

Like all self-respecting cuisines, regional Indian cuisines are still among the internationally acclaimed most exquisite appetite. Even when there are chefs around the world working on and demonstrating the true flavors, the amazing Indian brigade are striving in their quest to find the typical locale retreat in each recipe. It is a dream-come-true for the restoration revolution. So many invaders, rulers and ustads who pioneered taste buds, leaving their influence on our authentic delicacies as a landmark did assimilate the traditional uniqueness but have moved to gentle neighborhood and needs a massive re-launch.

We need to join groups likely to lead to making new culinary responsible citizens amongst same and different race or ethnicity, different social class or bridging across other dimensions – culinary edge.

The key to improving our SOCIO-FOODIE CAPITAL isn’t the number of capital nominations we can gather in our neighborhood. What’s important is making these that become lasting relationships of Indian food cycle past, present and future. But if we are to assemble, boost, cook, document, eat-n-joy and institute a capital status for ourselves into the future, taking drastic steps will be essential.

tweet
share on Facebookshare on Twittershare on Pinterestshare on LinkedInshare on Redditshare on VKontakteshare on Email
Dr. Salla Vijay KumarNovember 7, 2017