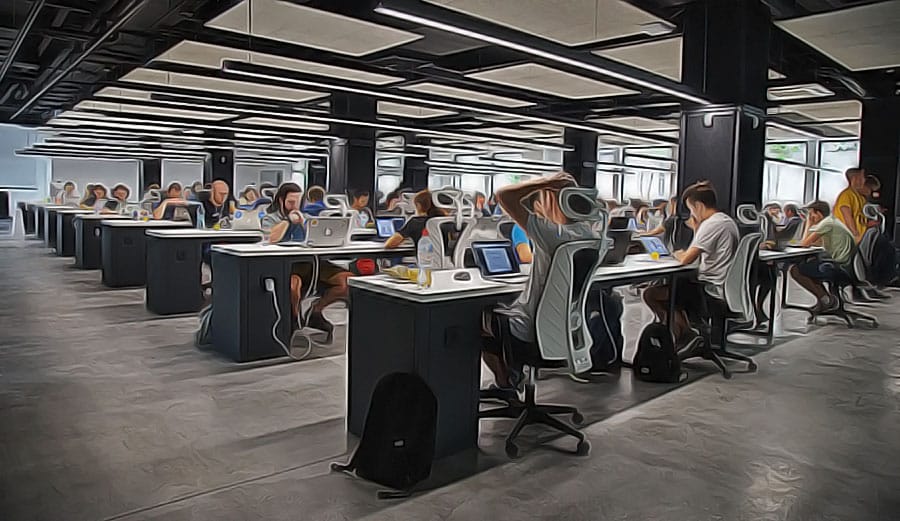 SpaceX and Google are the top to most appealing companies for technology workers, according to a new study by online jobs marketplace Hired. Shopify was ranked the No. 3 most sought-after employer, followed by Tesla and Netflix.

It’s not terribly surprising that among the top 10 tech companies that are most attractive to technologists, only two, Canada’s Shopify and Australia’s Atlassian Corp, were based outside the U.S.

To create the list Hired surveyed 2,349 professionals who use its platform. Survey also indicates that tech workers were looking not for just for a good salary, but to develop new skills and be part of a company with a strong culture that reflected their values. 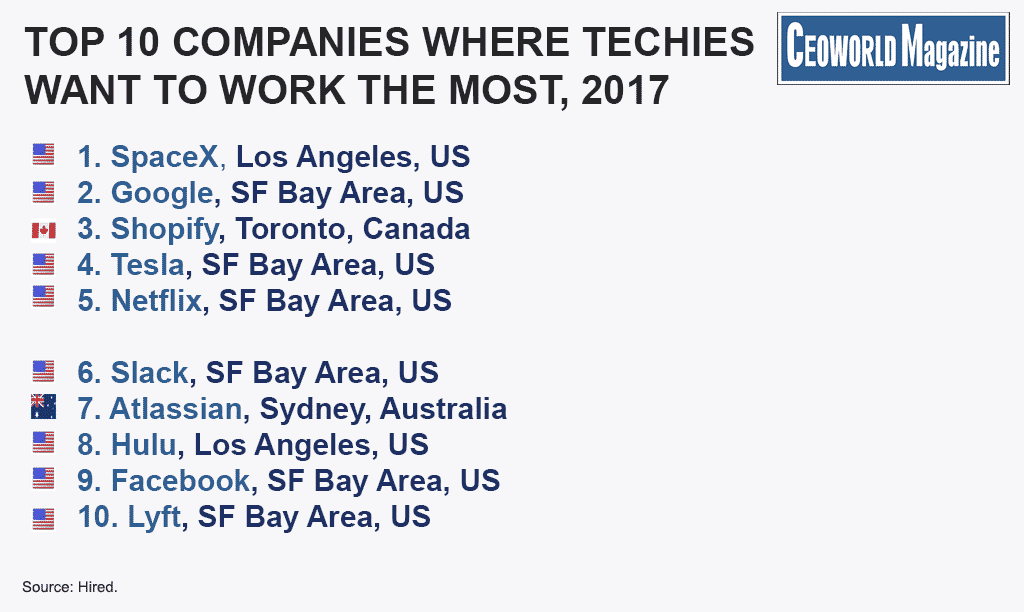 tweet
share on Facebookshare on Twittershare on Pinterestshare on LinkedInshare on Redditshare on VKontakteshare on Email
Aimee Lee WebberOctober 29, 2017