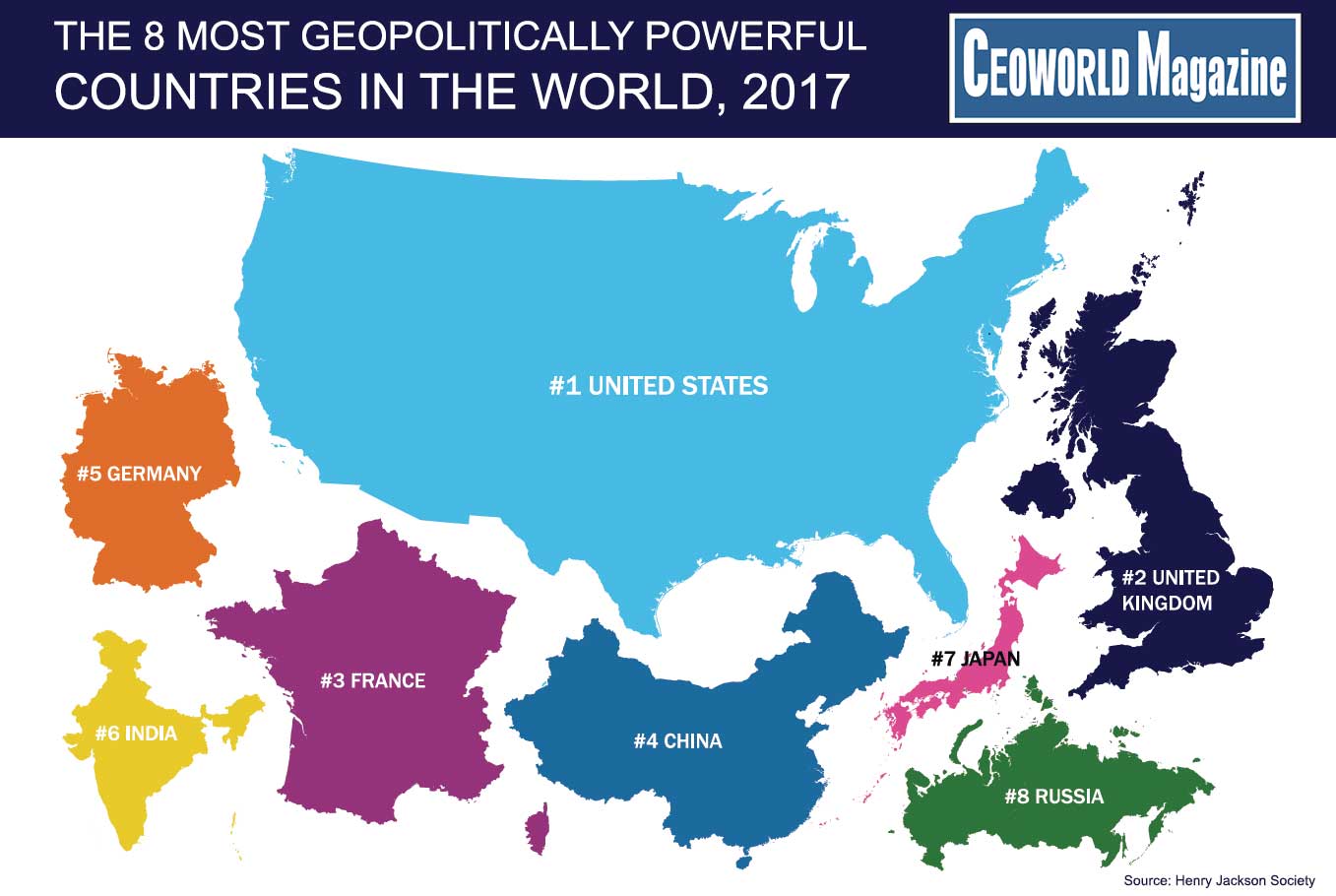 Despite the uncertainty, the US has retained its position as the most geopolitically powerful nation in the world, according to Henry Jackson Society (HJS), which has released the latest edition of its “Audit of Geopolitical Capability: A Comparison of Eight Major Powers” study.

The think tank evaluated major powers using 35 indicators such as economic might, technological prowess, military length, cultural prestige, among others.

The Big Question: Who the real “G-8” countries are: the world’s eight great powers?

The United States was perceived as the world’s only superpower, followed closely by the UK and France.

“Power is no blessing in itself, except when it is used to protect the innocent, to relieve the oppressed, and to punish the oppressor, then it becomes a great blessing.” – Jonathan Swift

The 8 most geopolitically powerful countries in the world, 2017:

RANKED: The 8 most geopolitically powerful countries in the world, 2017 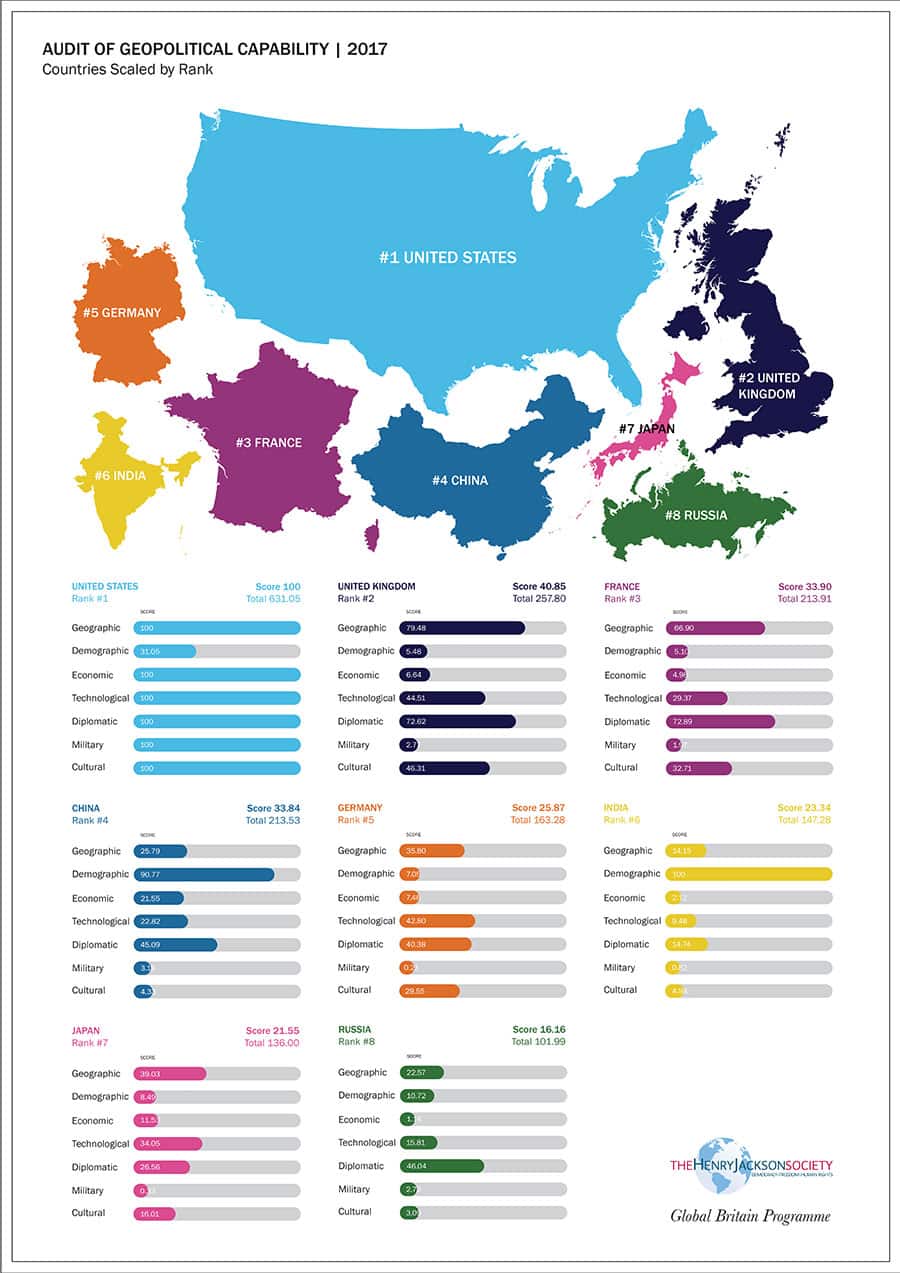 tweet
share on Facebookshare on Twittershare on Pinterestshare on LinkedInshare on Redditshare on VKontakteshare on Email
Aimee Lee WebberSeptember 12, 2017