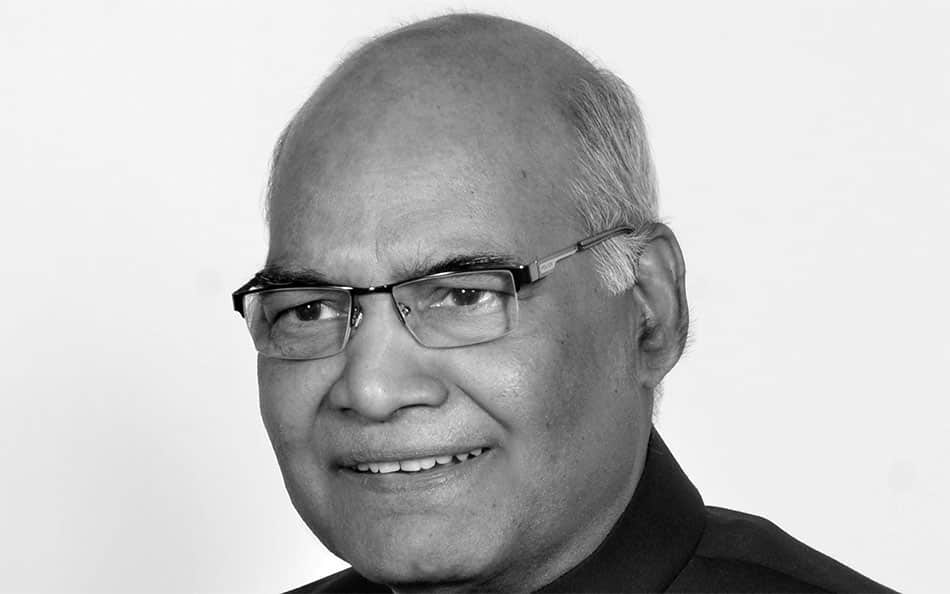 The day Shri Ram Nath Kovind’s name was announced as the Presidential candidate of BJP-led NDA (National Democratic Alliance) a great many media pundits were left in a quandary. “Kovind Who?” was the question they had on their tongues even as they Googled his name to know more about him. Surely he was not well connected with the Lutyen’s media in Delhi.

But then Kovind Ji (as he is fondly known by his friends) has risen above the barriers of caste, creed and religion as he broke economic barricades in his relentless fight for rights of poor and downtrodden. His stature grew not due to political chess moves, rather due to hard work, dedication, a strong sense of purpose, unshakeable set of values and a sustained desire to stand for the oppressed.

I consider myself fortunate to have been once touched by his simplicity and graciousness. I was fortunate enough to experience how Shri Kovind Ji had been ever-ready to extend a helping hand to those who needed his help.

This real-life story unfolded in 2013 when a senior Sangh Pracharak’s younger brother was grievously injured in an accident and was battling for his life at the Banaras Hindu University Hospital. Most of the Sangh Pracharaks lead a simple life within modest means and it was no different for Pracharak. He was in desperate need of money to pay for the treatment of his brother.

I came to know about it and tried to contact other Swayamsevaks in my locality but since most of the Swayamsevaks themselves lead their lives within modest means, the funds collected were insufficient for the treatment. We were at our wit’s end.

It was then when one of our relatively better connected Swayamsevak, who was also one of the media faces of the Sangh, reached out to Shri Ram Nath Kovind ji, who was then the BJP’s Uttar Pradesh in-charge.

To our very pleasant surprise Shri Kovind Ji donated graciously without asking any question. We were all left speechless. Honestly, I had expected that at most he would give us some sort of assurance and a small contribution, but no. Kovind ji didn’t held back while providing aid for the medical assistance of one of the dedicated volunteers of Sangh. His timely help made a difference of life and death for the accident victim.

And this is not the only instance of Shri Kovind Ji going out of his way to help someone in difficult times. Such stories about him abound if someone cares to dig them up and bring them in public domain.

Despite being a person of giant stature Shri Kovind Ji remains a simple man. He prefers to remain away from the limelight and probably this is the reason why not many people know much about him.

Unlike many former Presidents nominated by the Congress, who rose to prominence in public life by singing paeans to the Nehru-Gandhi family, Shri Kovind Ji is a highly learned person who practiced law both in the Delhi High Court and the Supreme Court for over sixteen years.

He has made great contributions in the field of education, consequently. He is known to have used almost all the funds under the M.P.L.A.D. scheme to construct school buildings and building of the rural education infrastructure in the states of Uttar Pradesh and Uttarakhand. Several underprivileged students thank him for the wonderful opportunities they got due to his relentless efforts.

After hanging his coat in 1993 he completely dedicated himself to serving people, especially the weaker sections of the society including the SC/ST women and the extremely poor. He provided free legal aid to the underprivileged under the aegis of the Free Legal Aid Society. Whereas leaders like Mayawati, Laloo Prasad Yadav and Mulayam Singh have merely exploited the deplorable conditions of Dalits and backward castes, Shri Kovind Ji actually put his heart and soul for the betterment of backward communities without turning his efforts into a political tool.

A staunch proponent of education among scheduled castes and scheduled tribes, he fought with the erstwhile UPA government to get reservations for the SCs and the STs in the private, unaided educational institutions run by religious and linguistic minorities.

In a display of his zeal to serve the underprivileged, he took on the central government in 1997 to reverse government orders that would have adversely affected the employment opportunities of the SCs and STs. It was his unrelenting effort that eventually forced the government to withdraw its orders and then an amendment was made during the NDA regime to fully remove the discrepancy.

Always a firebrand cultural champion, the invasion of Western ethos through television channels and foreign broadcasting companies has always perturbed Shri Kovind Ji and on multiple occasions he has expressed his concerns about the onslaught of adult movies and uncensored content being broadcast on Indian television. Through all the means available to him, he has been pressurising the contemporary governments to “stop the cultural invasion by foreign channels”.

A child who was born in a mud-hut to a poor Dalit family of the weaving community has now with sheer hard-work and riding on the strength of his moral values is now the President of India. Just like Modi Ji, Kovind Ji has also risen gradually from the lower rungs of party and the organization.

It’s a sad commentary that a “well-known journalist” from Delhi openly commented on Twitter that he had to Google Shri Ram Nath Kovind Ji when the BJP declared him as the NDA’s presidential nominee. In fact this reflects on the standard of journalism in our country where journalists routinely rub shoulders with corrupt and opportunistic politicians, but when it comes to knowing about true social workers like Shri Kovind Ji, they feign ignorance.

Of course Shri Kovind Ji does not depend on phony journalists and celebrities for his recognition. He is much loved and admired among thousands of people whose lives has been touched by him in one way or another.

tweet
share on Facebookshare on Twittershare on Pinterestshare on LinkedInshare on Redditshare on VKontakteshare on Email
Vivek BansalJuly 25, 2017