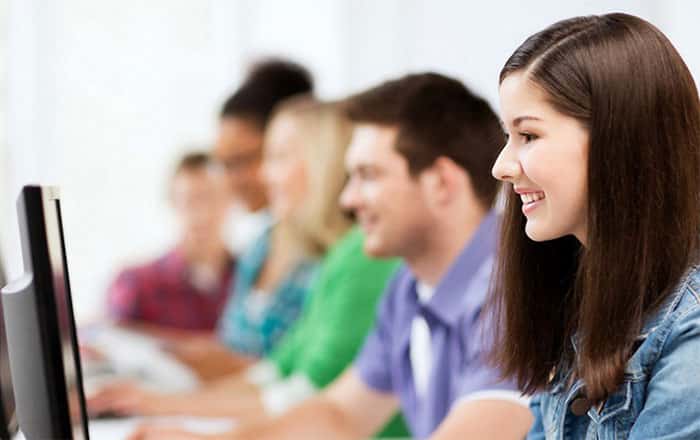 In general, the education sector is one many people take for granted but may not realize how much of a major contributor to the global economy it is. The education sector alone is around a $5 trillion USD industry. From primary to secondary to higher education, many people globally at some point have had education play a huge part in their lives.

There is also a sizeable number of people in the global workforce who are part of the education supply chain – from teachers and professors to catering staff to administrative staff to construction workers.

Despite how big and important the education sector is, one subsector of it that generally gets overshadowed is edtech. Tech has become very broad and encompasses a wide range of subsectors, which includes medtech, agritech, and fintech. The ladder has gotten much attention and grown rapidly to be a major player in its own right, which is evident in their strong ecosystem within global cities like New York City and London.

One potential reason why edtech, compared to its other tech counterparts, hasn’t fully reached its potential yet is the fact that many in the education system might be comfortable with their old ways. Unlike in many industries that have adopted to changes with technology, education generally is still a fairly simple process that dates back thousands of years. In a nutshell, it is either a teacher, lecturer or professor educating a group of people or individuals. However, the methods of teaching, the administrative process of operations, and the potential to collect and analyze data and information are what can be of interest with respect to innovation. And this is exactly where many are now advancing and promoting themselves with respect to edtech.

According to Tech City News, taken from a report from EdTechXGlobal and IBIS Capital, edtech is expected to reach $252 billion by 2020. This is evident with the growth of edtech in some markets. For example, in the UK, as generally in Europe, edtech still has much potential to grow. Nevertheless, the UK is home to Europe’s largest tech cluster and also home to a strong education sector. With respect to edtech, there are signs of a growing ecosystem within tech and education that incorporates edtech. This includes the co-working space Edspace, which is located in the vibrant and popular east London. Edspace is the UK’s only co-working space for the education community. According to a report by EdTech UK, there are now more than 1,000 edtech companies in the UK, with London home to at least 200 of those. Some UK edtech companies include Futurelearn and Show My Homework.

The United States, for many, is the leader of edtech. In 2014, the value of the US edtech market was estimated to be worth over $8.38 billion USD, according to the Software and Information Industry Association (SIIA). Being the world’s largest economy, as well home to around 325 million people and some of the best educational institutes in the world, coupled with a strong cluster of tech and innovation such as Silicon Valley, it is no surprise to many the US has been leading in the growth of edtech. The US overall has also been an adopter to change, making students go from using tech passively to using it actively with respect to learning.

One area of future growth in edtech as far as geographies is Asia. Generally in Asia, where resources might be more limited than say the United States, methods of teaching such as online learning can be a huge help in reaching out to a region that hosts the world’s largest concentration of people. Both China and India each have over a billion people and are growing rapidly with an increasing middle class, who are willing and able to pay for more education. According to the University World News, which was written on EdTech Review, the growth in the Asian EdTech industry is above 30 percent. In addition, generally, there is also government support across Asia, where countries are working on incentives, which includes high-speed networks and a larger push for placing curricula online. Asia even hosts its own Edtech summit called “EdTech Asia.” It will be held this year in Ho Chi Minh City, Vietnam on July 29-30th.

In addition to Europe, the US and Asia, there are other honorable mentions with the growth of edtech. For instance, Israel, which has a very strong tech sector in general, mainly in the city of Tel Aviv, has a huge potential to be an innovator in the growing edtech space. They also host their own summit called “EdTech Israel Summit,” which recently happened in June. As the country is small, which what other many small countries experience, Israel has to look outward and international trade is more important than ever. As the country has a strong startup community and outward looking business mentality as far as internationalization, Israel will be one to watch with regards to the growing edtech space.

Edtech truly has the potential to be a leading sector. At present, it already has shown growth but definitely has the ability and capability to expand. It may not be as glamorous or gaining as much attention as its other tech counterparts like fintech. But only a few years ago when the word fintech came up it wasn’t attention grabbing as well. Time will show us but edtech is definitely here to stay and be trendy.

tweet
share on Facebookshare on Twittershare on Pinterestshare on LinkedInshare on Redditshare on VKontakteshare on Email
Richie SantosdiazJuly 21, 2017