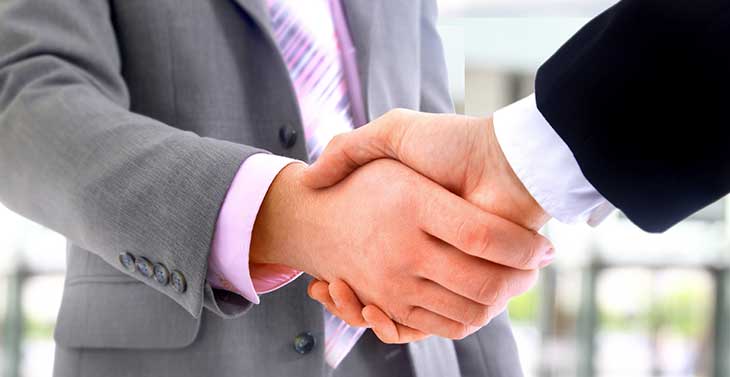 What constitutes a talented employee? Adaptability, communication skills, time management, and technical know-how top the list. But the hardest and most expensive part of hiring a candidate who checks all those boxes is getting him or her to relocate if necessary.

Companies must persuade new hires to move to an entirely new community with new schools, a new culture, and possibly a whole new lifestyle. The variables are almost innumerable, but it boils down to this: Many people just don’t want to move to take a new job or start a new life.

It’s becoming clear that the “if you build it, they will come” mentality is no longer reliable in some cases except for large, well-known employers. It’s much easier to expand to an area where trained, skilled workers have already chosen to live, many times because of those large employers already in the community.

Some companies have successfully expanded their reaches to include locations teeming with the workers they hope to recruit.

For example, leading the way in the agtech industry are Monsanto and Bayer AG with their Missouri-based $8 billion pledged expansion. Why Missouri? Exceptionally talented people already live and work there, as evidenced by the bustling workforce at Donald Danforth Plant Science Center, KWS, Bunge, and other leading agtech and agricultural firms.

Another trend is the move back to downtown areas of major cities. Several companies around the U.S. are moving or expanding into downtown areas to attract the growing group of talented Millennials who want to live near the places they work and play.

GE, for example, recently decided to move its headquarters to downtown Boston from a Connecticut suburb. The company transferred about 800 jobs there, aiming to recruit from the pool of young talent swarming to the city.

Aetna seems to be following, as it recently announced it is in negotiations to move its headquarters from Hartford, Connecticut, to either Boston or New York City.

Meanwhile, Expedia is working on relocating to a new campus in Seattle from its Bellevue, Washington, base. The $1.2 billion project will include an indoor gym, outdoor spaces, and places to eat and drink, all aimed at attracting the young workers who are already part of Seattle’s scene.

Narrowing the focus to just one city produces similar results: Chicago’s downtown is drawing dozens of businesses that had called its suburbs home.

One of the biggest movers is McDonald’s, which was previously based in Oak Brook, Illinois. The company plans to move to its new home — which will be 500,000 square feet — in 2018. Businesses that beat McDonald’s to the heart of the bustling city include the Kraft Heinz Co., Motorola Solutions, and ConAgra.

Businesses need driven, hardworking employees to propel them forward. Executives might think they can woo top talent with money, but that’s not always the case. A better solution is to expand the business where the talent is emerging. Here’s where to start.

Being next door to the competition isn’t a negative; it provides you with a talent pool and creates collaboration opportunities. You’ll likely find tons of talent and (probably) targeted training and degree programs relevant to your business in the cities where your rivals are based. Plus, when talented people retire, they often stay in the area and invest in the industry in which they were employed.

The benefits of locating your business near your competitors is easier to see when you look at examples in retail. Fast food restaurants, gas stations, and coffee shops in many communities often have storefronts within walking or driving distance of each other. In addition to having a pool of qualified possible hires waiting in a location that’s close to a competitor, you’ll also be able to offer area customers more choices within your industry. This is also true in non-retail businesses, just not as easy to observe.

Rather than just relying on your own talent, work with other businesses in your industry to expand and supplement your core strengths. Find a business that does what you don’t, and team up with it to improve your products or service offerings. A wealth of adjacent technologies could improve your company’s outcomes.

A strong example of a successful co-branding campaign is the partnership between Pottery Barn and Benjamin Moore. Home-furnishing company Pottery Barn’s executives realized its customers were asking many questions about the paint colors shown in its catalogs. It decided to partner with Benjamin Moore, a well-known paint brand, to roll out a line of paints exclusive to Pottery Barn. Customers could even use Pottery Barn’s website to compare their furniture selections to possible paint colors.

Does a region show passion for supporting companies like yours? Is the area’s leadership investing in corporate success by streamlining access to raw materials, talent, distribution capabilities, and investors? If so, you’ll have a better shot at building your business there.

Take the ag sector, for instance: Massachusetts woos tech startups focused on solving issues important to agribusinesses, and in Iowa, several companies have agreed to put up funding for an accelerator project to advance agriculture through technological innovations. And from plant science to big data to farm animal health, Missouri has become a beacon for agtech company expansion.

Health innovation is another. Cerner in Kansas City, Missouri, and Centene Corp. in St. Louis, Missouri, are both investing heavily in growth to take advantage of the skill sets in the region. I anticipate that other related companies will choose one of these cities in the coming days because of the concentration of talent in those areas.

Many industries are highly specialized these days. If talent isn’t already next door to your business, it’s time to scour the country for places where that talent thrives. You’re sure to uncover the seeds for long-term success in those regions.

tweet
share on Facebookshare on Twittershare on Pinterestshare on LinkedInshare on Redditshare on VKontakteshare on Email
Steve JohnsonJune 21, 2017