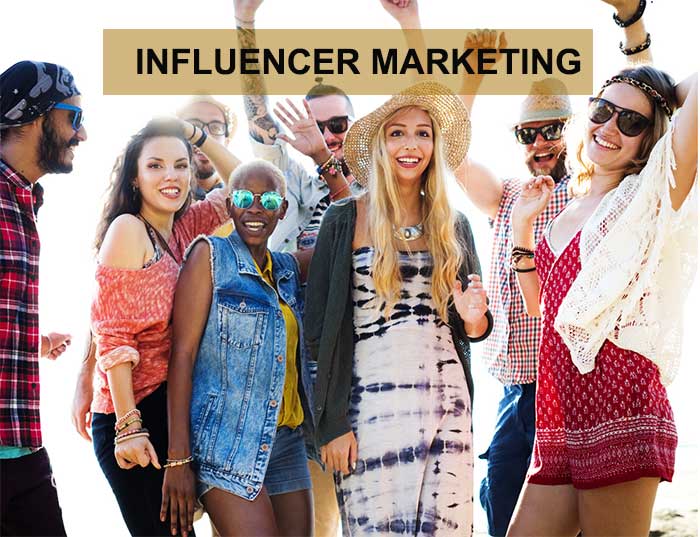 Influencer marketing is the form of marketing where an influencer (a person with a sizable no. of followers on the social media platforms) is chosen for the promotion of a specific brand and products.

In today’s time where the organic reach is decreasing, and the social media platforms are forcing the brand’s pages to pay them for a greater organic reach, and influencer marketing is helping them to reach a large no. of targeted audiences in a minimum cost.

As per the study, an effective influencer marketing campaign can provide $6.5 or more return on every dollar spent on the campaign.

5 core tips to achieve perfection in your influencer marketing strategy

A great strategy helps in making your campaign stand out among others. This helps in achieving a greater result from the campaign. The 5 core tips which I’m about to reveal will help you in perfecting your influencer marketing strategy to help you get a better result consistently.

The first task for you is to choose a right influencer for your marketing campaign. The question arises, who is the right influencer? Is it someone with a huge no. of followers? You may say, yes, but it’s not the truth. A celebrity with thousands of followers may have plenty of likes and comments on their posts, but they may not be the right person to promote your product and service.

You need to find some social media influencers who are trusted by their followers. It’s not necessary for them to have millions of followers.

Search for the influencers in the social media platforms, in the sites like the Buzzsumo or influence.co, make the list, and try to recruit them. It will help in improving your chance of recruiting. Remember, you should not be disappointed if few influencers deny working with you. There are plenty of influencers out there, and contacting as many influencers as you can, will increase your chances of recruiting few of them. A sponsored blog posts from the top influencers can reach to a huge no. of people in your target market.

On the other hand, it’s quite cool to work with an influencer that has hundreds of thousands of followers, but they can be quite expensive to work with. It’s harder to recruit them in the first place, and even if they agree to work with you, they can ask for a hefty amount to promote your products and services. Instead of working with a single influencer with hundreds of thousands of followers, you can recruit several micro-influencers to do the job for you.

Don’t think like you have recruited them and it’s their task now to do everything to increase your leads. Provide them with the core points and critical factors to help them. However, it does not mean that you should dictate each and every activity of your influencers. After giving them some tips, you should leave the further task to them. They know their audiences better, and they know how to influence them better.

tweet
share on Facebookshare on Twittershare on Pinterestshare on LinkedInshare on Redditshare on VKontakteshare on Email
Vivian MichaelsMay 22, 2017