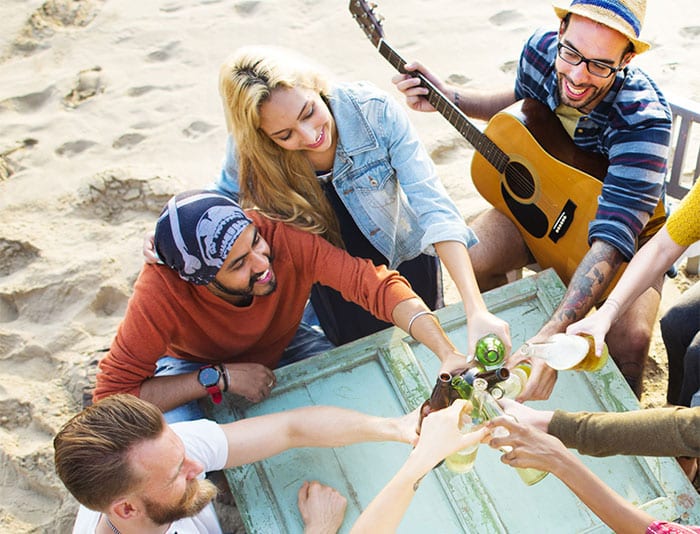 What’s the difference between a group, and a team?

It boils down to four things: identity, interdependence, relationships, and task accomplishment. If a collection of people don’t identify themselves as a unit and others don’t as well, they don’t depend on each other, there is a minimal relationship and they don’t have a common task to accomplish, they’re just a bunch.

One example of a bunch might be a collection of strangers waiting for a bus. Groups have some of these characteristics (relationships, for example), but don’t necessary band together to accomplish a task. I run with my buddies, and will help each other if there is a problem, but we don’t have a team goal.

On the other end of the spectrum, teams have all these aspects: Every member strongly identifies themselves as part of a team, they “sink or swim” together, the dynamics between members are well established, and others around them easily recognize who is part of the team (and who isn’t).

What are some different types of teams?

What are some of the indicators of poor teamwork?

Some symptoms of poor teamwork include: poor performance; groupthink, where group members avoid confrontation and discourage disagreement to give the appearance of harmony; “drops and plops”, big differences between what members think should happen and what actually happens; assignments aren’t executed, especially because someone thought someone else was doing the task; few people perform beyond expectations; personal attacks and sabotage; and an increase in absenteeism and turnover.

What are some of the organizational causes of poor teamwork?

There are lots of these, and the most common causes of poor teamwork: senior management not encouraging it; measurement, performance and pay systems discouraging teamwork; a combination of functional organizational structure and work flows that are “silo” based; and a poorly defined or executed strategic plan.

What are some of the “group” causes of poor teamwork?

These include an imbalance between the structure or fluidity required to perform the task, and the resources, constraints and abilities of team members; insufficient clarity as to who does what; insufficient and unclear communications between team members; and a disconnect between what is expected of the team and what the team wants to/can accomplish. Though increases in productivity often occur with long-running teams, their repetitive ways of acting and thinking can get in their own way.

What are some of the personal causes of poor teams?

These include ignorance of conflict resolution skills; unwillingness to speak up when things are going wrong; a poor mix of team members that result in insufficient skills, as well as conflicting priorities and personalities. If the team has a designated supervisor or task leader, their personality and management style has a significant effect. These “person”-related causes can often be symptoms of other issues, though they are often the focus of management training.

What can be done to encourage teamwork?

That depends on how widespread the problem is, and how much influence you have. And whatever you do, make sure to conduct a thorough assessment of teamwork issues before acting.

On one hand, if teamwork problems are across the organization, organization-wide solutions have to be put in place. Changes in organizational structure, pay systems, criteria for promotion and management, and changing workflow come to mind.

On the other hand, If the problems are isolated just a group or two, you can do other things: Select a new supervisor who is trained in making teams work; removing or adding group members; defining goals, relationships and methods of getting there; providing measurements and incentives meeting goals; task-focused teambuilding to deal with issues and concerns; and training in group dynamics and problem solving. A quality improvement team isn’t supposed to run part of the organization, but that is what happened with a client of hours. The organization needed to re-organize itself along product lines.

tweet
share on Facebookshare on Twittershare on Pinterestshare on LinkedInshare on Redditshare on VKontakteshare on Email
Dr. David ChaudronMay 19, 2017

Dr. David Chaudron has over 30 years experience and is managing partner of Organized Change Consultancy. National and international clients include those in manufacturing, banking, finance, petrochemicals, electronics and aerospace in the United States, France, Germany, Portugal, Brazil, Saudi Arabia and Kuwait. He holds doctorate and masters degrees in Industrial/Organizational Psychology.
view all posts